One might say that Arduino boards have been critical to today’s freedom of electronic experimentation, allowing normal people to make all manner of custom devices.

For me, the Arduino Nano in particular has become a sort of go-to board for basic tasks. It’s small, easy to program, dependable, and cheap enough that if I loose or destroy one it’s not a big deal.

On the other hand, when you want to use one to do just a few simple things, there are almost always two issues that you run into: lack of ground pins, and lack of 5V and/or 3.3V pins. Per Adafruit’s Überguide, if you’re using NeoPixel style LEDs, you probably also neglected to add in a capacitor. Shame, shame.

Coming from an industrial background, another thing that I’d be happy to see is the use of screw terminals for securing wires. And why not throw in DIN rail support while we’re at it? While I wouldn’t trust a Nano to run expensive factory automation, there are plenty of times when this style of attachment could be useful.

Fortunately, with my newfound skills in PCB design developed over the last year or so, I could make a board to solve these issues! Actually making a board that simply took the Arduino’s pins, and spread them out with a few additions was fairly easy. The Arduino Nano is included in KiCad’s symbol library, along with its physical footprint with the correct dimensions. With that as the template, I was able to create a breakout board with extra ground/power pins, as well as space for a capacitor. As shown, my schematic was “a bit” messy per the orientation of the right terminals. I should have mirrored them about the vertical axis–something to remember for next time.

My original thought in making this board was to add extra 5V and ground terminals, however, there was space left on the PCB. Her I added accommodations for either extra 3.3V power terminals, or a capacitor to even out power drops. Alternatively, the board can be populated with header pins instead of screw terminals, or wires could be soldered on directly. Either configuration could leave room for the extra 3.3V pins as well as the cap, if you don’t mind a bit of lead bending.

As extra “niceties,” I added screw holes that can accommodate either 3mm or 6-32 UNC screws, and even DIN rail connectors. Pin numbering was also added to the top and bottom of the board, as the more visual indication of which pin is which the better.

Product for the Masses?

After this board went through several mental and computer revisions, I finally ordered three from Oshpark. These worked as I’d hoped, so I ordered another 20 from NextPCB. While both suppliers produce excellent quality, even with shipping NextPCB was significantly cheaper at that quantity. Their boards also didn’t have protrusions where the boards had apparently been split apart.

As of this writing, the boards have been for sale on Tindie for just over a week, though none have sold. It’s possible that I haven’t probably identified my target market. It’s also possible that I’m not doing a great job of highlighting what I believe to be its unique features. Or maybe these things simply take time. Regardless of potential profit, the good news here is that my monetary investment in the design was quite low–somewhere in the order of $50. In fact, it really highlights just how amazing this process is, in that a normal engineer can spend some time and a little bit of money to get a high quality mass manufactured PCB.

Whatever happens, it was good practice, and I plan to use this in upcoming projects myself. Perhaps that’s the real beauty of being able to design your own PCB–if you can’t find exactly what you want, you can have it made to your spec. If others want a copy, then all the better! 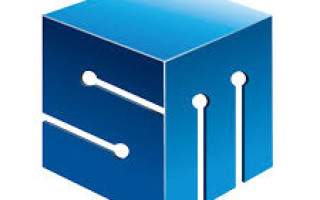 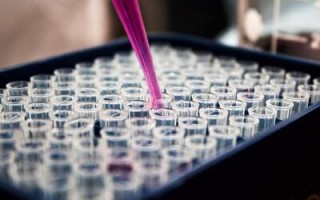