To continue fostering open source innovation in the mobile space, Motorola announced in June 2006 it had joined the Eclipse Foundation as a strategic developer and proposed a new Tools for mobile Linux (TmL) project within the organization. As a strategic developer member, Motorola will hold a seat on the board of directors and participate in the architecture, requirements, and planning councils.

Motorola will be spearheading the Eclipse TmL project, part of the Device Software Development Platform (DSDP) top-level project, to provide extensible frameworks and exemplary tools for the development of C++ applications targeting mobile devices. Motorola will also contribute software, engineering resources, and its mobile expertise to work with the Eclipse community and across the mobile industry in an effort to develop a comprehensive development environment for mobile Linux platforms.

ECD: Why is the timing right for Motorola to join Eclipse as a strategic developer?

Wyatt: Motorola understands developers play a key role in enabling must-have user experiences on our mobile devices. By building our handsets on open software, we are further enabling developers to unleash greater innovation into the mobile space. Motorola is working with groups like Eclipse to help provide a stronger framework and tool set for these developers to bring their applications to market faster and more efficiently.

ECD: Tell us more about the technical vision for the TmL project proposal.

Wyatt: The primary focus of the Eclipse TmL project will be to provide the frameworks and tooling for the development of C++ applications targeting mobile devices with the scope of the DSDP project. Included within this goal is the need to provide an optimized development environment for the creation and testing of end-to-end services, which requires the integration of server side development with the device-side emulation environment. A secondary goal will include providing a complete environment for the development and building of the entire target device software stack (OS, drivers, middleware, and applications).

ECD: What resources (types and headcount) does Motorola have committed to TmL?

Wyatt: As a part of our membership there will be a minimum of eight Motorola developers dedicated to this project. As project lead of TmL, we will also be recruiting interested developers from across the open source community. Motorola has a significant investment in developer technologies, and as a board member and strategic developer we will continue to invest within the community on an ongoing basis.

ECD: What’s the projected timeline for TmL if all goes well?

Wyatt: The timeline of the project will be guided by the Eclipse development process. As project lead, Motorola will work in conjunction with existing Eclipse projects and the community at large, collaborating in public to enhance, refine, and clarify the proposal.

ECD: What synergy exists between TmL and other Eclipse projects?

ECD: Please share with us how Motorola sees Linux and Eclipse transforming what consumers will see in a mobile device in the future.

Wyatt: By participating in and contributing code to an open source community like Eclipse, Motorola hopes to not only speed application development but also drive creation and adoption of new mobile services. Motorola’s membership in Eclipse and our work in the TmL project are important steps in empowering a broader innovation economy through stronger collaboration.

We hope our recent initiatives in the open source community will give developers a more flexible and widely supported software environment, and in turn, enable us to deliver applications as innovative and iconic as the Motorola devices they run on. We are constantly striving to provide a more compelling and rewarding user experience, and mobile device software plays a significant role.

ECD: How does the Eclipse membership and TmL project fit into Motorola’s broader open source strategy?

Wyatt: Motorola has long been a key endorser of Linux for mobile. We’ve placed Linux (along with Java) at the core of our software strategy and are delivering millions of devices based on that combination, because we believe in the benefits and opportunities open solutions create.

To support this strategy, we’re working closely with Eclipse to make it easier for developers to create applications on mobile Linux while investing aggressively in the mobile developer ecosystem and in open source through programs such as MOTODEV, www.opensource.motorola.com, and the mobile Linux foundation.

Christy Wyatt is vice president for ecosystem and market development with Motorola, Inc.’s mobile devices business, where she is responsible for building a healthy software economy around Motorola’s handset platforms and taking Motorola’s platform strategy to carrier partners. Prior to joining Motorola, Christy served as worldwide developer relations director at Apple Computer and held key technical, sales, and business development roles at Sun Microsystems, JavaSoft, and ESRI. Christy is a graduate of the College of Geographic Sciences where she focused on software development for Geographic Information Systems and Remote Sensing. 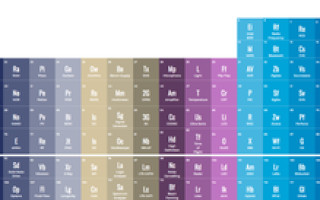 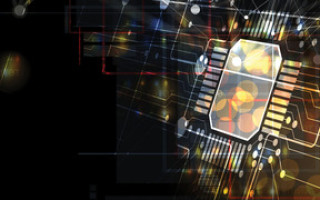