Preboot eXecution Environment (PXE) is a protocol that boots computers without using a hard drive or an operating system. PXE boot runs over a network...

Preboot eXecution Environment (PXE) is a protocol that boots computers without using a hard drive or an operating system. PXE boot runs over a network of computers and may or may not include internet access. It is almost exclusively used in systems that are connected to a central server and uses subsequent computers to run virtual operating systems.

Firmware is the piece of software that acts as an interface between the hardware (motherboard) and the operating system (OS). The difference between Unified Extensible Firmware Interface (UEFI) boot and legacy boot is the process that the firmware uses to find the boot target.

Legacy boot is the boot process used by basic input/output system (BIOS) firmware. BIOS was the first popular firmware for desktop PC introduced in 1975 by IBM for its Control Program for Microcomputers (CP/M) OS. Even though it is still widely present, computers have evolved tremendously and BIOS is unable to provide advanced features of modern hardware. The firmware maintains a list of installed storage devices that may be bootable (floppy disk drives, hard disk drives, optical disk drives, tape drives, etc.) and enumerates them in a configurable order of priority. Once the power-on self-test (POST) procedure has completed, the firmware loads the first sector of each of the storage targets into memory and scans it for a valid master boot record (MBR). If a valid MBR is found, the firmware passes execution to the boot loader code found in the MBR, which allows the user to select a partition to boot from. If one is not found, it proceeds to the next device in the boot order. If no MBR is found at all, the user is presented with the famous, “Please insert system disk yadda yadda yadda,” message.

UEFI boot is the successor to BIOS. UEFI uses the globally unique identifier (GUID) partition table (GPT) whereas BIOS uses the master boot record (MBR) partitioning scheme. GPT and MBR are both formats specifying physical partitioning information on the hard disk. The firmware maintains a list of valid boot volumes called EFI Service Partitions. During the POST procedure, UEFI firmware scans the bootable storage devices that are connected to the system for a valid GPT. Unlike a MBR, a GPT does not contain a boot loader. The firmware itself scans the GPTs to find an EFI Service Partition to boot from. If no EFI bootable partition is found, the firmware can fall back on the Legacy Boot method. If both UEFI boot and Legacy boot fail, the user is presented with the famous, “Please insert system disk yadda yadda yadda,” message.

Below is the primary difference between both boot processes:

In modern data centers, PXE is one of the most frequent choicesfor OS booting, installation, and deployment. Some of the advantages of legacy PXE are:

UEFI is a fine extension to the legacy PXE boot, but not all OSs support UEFI boot firmware. This is where legacy boot firmware becomes a core requirement to OS booting.

With the legacy PXE implementation, deployment of all sorts of OSs is possible, as listed below:

We also tested booting of a very basic OS like FreeDOS (a derivative of MS-DOS) using Legacy PXE firmware.

We deployed Ubuntu 14.04 64-bit image on around five different computers having PXE SDK with help of same PXE server setup.

Kewal Agola is an Engineer at Volansys Technologies. 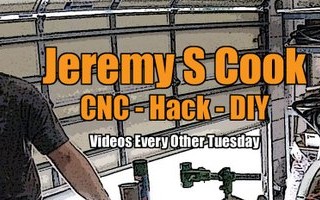