Reports also reveal that close to 30 billion devices will be connected to the internet by the end of 2025.

If solid IoT apps are to be launched and rolled out in the market for convenience and problem-solving, what we need is quality IoT app development methodologies. From choosing the right cloud systems and programming languages to defining IoT architectural environments, developers need to have hands-on experience developing IoT applications.

Several developers are already racing ahead of the competition by upskilling to stay relevant and make their careers future-proof. If you’re a developer, looking to make it big in the IoT app development spectrum, there are a few programming languages that you should know.

One of the major reasons why JAVA is prominent because of its Code Once Run Anywhere functionality. This means that developers can code their app once and run it on any device that is compatible with the programming language (from cell phones to the simplest of devices).

Besides, JAVA is object-oriented, which allows you to develop apps for both cloud and edge nodes. Its interoperable functionalities and availability of extensive libraries, make JAVA an ideal programming language for IoT development.

Python can be integrated with other programming languages like Java and C++, and the language also works across diverse platforms including Linux and Windows. It’s comprehensive library and solid community support make Python a developer’s delight. For IoT apps that require extensive data analysis, Python is the ultimate choice.

One of the standout features of LUA is its offering of frameworks like Node.lua. This framework allows developers to build IoT-specific apps and integrate IoT-centric functionalities that a system would need. This includes portability, battery efficiency, data management and more.

With core benefits like real-time debugging, prebuilt networking abilities, and airtight security features, PHPoC is ideal for the development of applications like cybersecurity, CMS, and image processing units.

The language offers flexibility to developers apart from offering features like interoperability, rich libraries, and portability. C is also super compatible with micro-controllers that are integral peripheral devices of IoT architectures.

However, one hurdle developers are most likely to face is the initial difficulty in learning the programming language. The syntax is quite complicated and its architecture is layered. Once this is overcome, there is no turning back for developers developing an IoT application.

If your IoT app development goals only revolve around iOS devices, this is the most ideal programming language. As far as the learning curve is concerned, it’s simple syntax and ease of coding make it one of the easiest programming languages to master. With increasing prominence, aspiring IoT developers should get hands on with Swift as soon as possible.

Hailed in the world of web development, JavaScript shares its libraries with other programming languages. The use of JavaScript for IoT app development makes powering devices interoperable. One of the best advantages of JavaScript is that it works across diverse environments including gateways and the cloud.

The presence of an active developer community ensures that all your hiccups can be solved through direct responses, featured articles, tutorials, and more. With sensors being inevitable in IoT architecture, JavaScript’s event-driven features make the environment it runs in more functional and efficient.

Relatively a new programming language, it’s quickly gaining prominence in the IoT app development space because of its range of features and benefits. To start with, Go offers optimized code that makes it perfect for projects that involve small computing devices with very limited power and memory resources.

Next, it is highly concurrent, meaning it can route thousands (or even millions) of data streams seamlessly and can run several asynchronous data streams simultaneously. Developers intending to get started with Go will face a minimal learning curve as the language is really intuitive and super-friendly.

Called Rust, developers can experience all the benefits of C and C++ a little bit faster with the programming language. With airtight documentation, resourceful error messages, and solid compiler, Rust is an ideal programming language for both starters and veterans alike.

Apart from these, there are also programming languages like Ruby and ParaSail that offer unique benefits to IoT developers. To all the freshers and aspirants out there, get started with one of these languages and master it at your own pace. Understand how you can become a power developer with the language you master and become irreplaceable in the market.

Patrick R. is a techno-commercial leader heading Intuz as Director of Growth, with over 12 years of experience in the field of Information Technology. His experience and expertise will entice developers and business entrepreneurs with rich content on the latest technology stack.

Patrick R. is a techno-commercial leader heading Intuz as Director of Growth, with over 12 years of experience in the field of Information Technology. His experience and expertise will entice developers and business entrepreneurs with rich content on the latest technology stack. 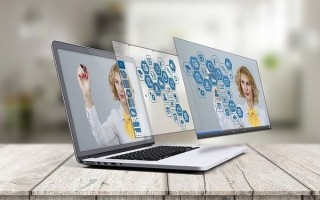