Arm will be appearing at embedded world in Nuremberg, Germany from February 26-28 to introduce Platform Security Architecture. Arm can be found in Hall 4, Booth 140.

Arm will be appearing at embedded world in Nuremberg, Germany from February 26-28 to introduce Platform Security Architecture. Arm can be found in Hall 4, Booth 140.

“We recognized that if the reality of trillions of connected devices is going to be met – and the devices will have years of deployed lifetimes – we need to build trust in those devices and make it easier for OEMs and developers to implement the right level of security for their use case,” said Chet Babla, Vice President, New Business Development at Arm.

There are two levels of security, the first of which, security robustness, is divided into three levels. “The highest security level is not necessarily industrial,” said Babla. “For example, a farmer needs a high level of security to protect against physical access or attack [that can destroy crops], not seen in the home,” he pointed out to Electronics Weekly.

“The fourth step of PSA is a really important one, this is the one that builds trust. We have designed it to be straightforward, independent and multi-level, which is what we think the IoT industry needs,” said Rob Coombs, Director of New Business Development, Arm.

“Chip vendors have done the heavy lifting in this scheme,” he adds, introducing partners that include Cypress, Microchip, Nordic Semiconductor, Nuvoton, NXP, STMicroelectronics and Silicon Labs, which have all achieved Level 1 certification. 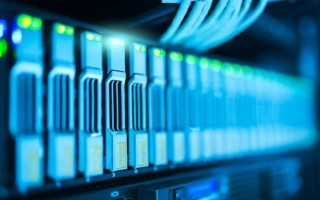