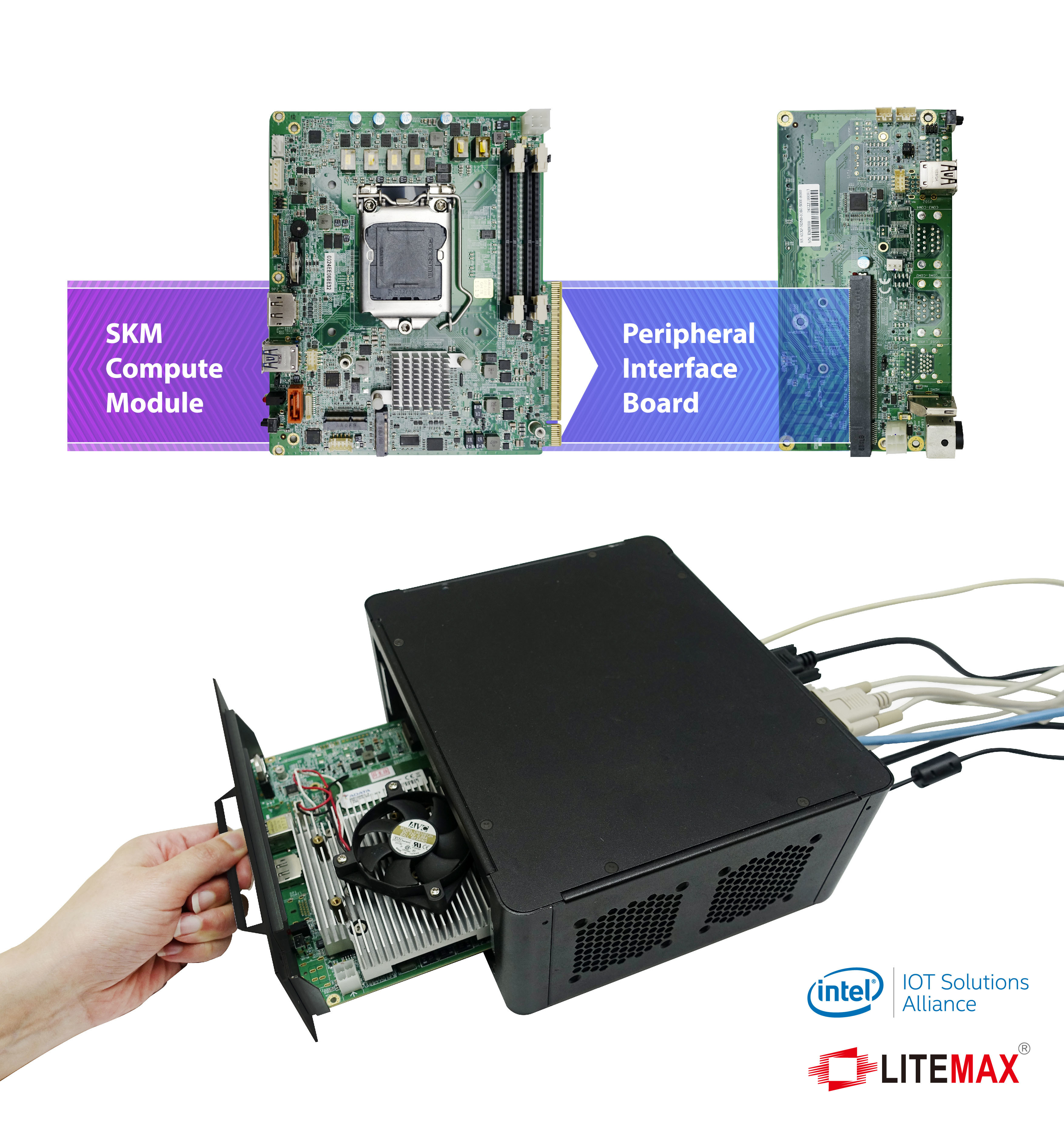 Litemax will be demonstrating the Smart KIOSK Module products at Embedded World 2020 in Nuremberg, Germany on February 25-27 at Stand 379 in Hall 1.

Interactive KIOSKs have become quite popular in the hospitality and service industries. For example, you’re likely to see them at airports, hotels, restaurants, retail stores, healthcare facilities, and in government offices, and on city streets and in many other locations.

A key feature of the Smart KIOSK Module family is its modular design, which provides a standard hardware form factor reference design for the KIOSK system. From the developer’s perspective, this architecture separates the system’s “one-size-fits-all” compute module and the peripheral interface board (PIB). This is a significant design feature, because it eliminates the need to unplug and accurately reattach multiple cables when it is time to service, replace, or upgrade the compute module. This simple connection is made using a standard PCIe-based interface.

Note that it’s during that “reattachment” process where errors and/or faults can be introduced. At the same time, this type of modular architecture eliminates a potential security risk.

The heart of the Smart KIOSK Box Computer includes an Intel 8th Gen. Core i7/i5/i3 microprocessor. Graphics functions are handled by an Intel HD Gen. 9-LP graphics processing unit (GPU). The system also features two DDR4 SO-DIMMs, for up to 32 Gbytes of memory, and a host of interfaces, including HDMI, DP, USB, Serial, UART, and M.2.

The scalable modular approach and simple connection also result in easier servicing, maintaining, upgrading, and integrating new technologies into kiosks, while reducing costs as well as the total cost of ownership. It is also designed to support workload accelerators for analytics and artificial intelligence (AI) in the future as the demand for those applications grows. Note that backward compatibility is included for Intel’s Smart Display Module Small (SDM-S) and Smart Display Module Large (SDM-L) form factors that are common for integrated displays.

The ASKM-CFL3 and the Smart KIOSK Box Computer (IBOX-ASKM) is now available for purchase. More information can be found at www.litemax.com.