Create an Emergency Infrastructure at the Edge

WINSYSTEMS embedded computers are used in numerous applications around the world to support emergency recovery.

Details surrounding the COVID-19 virus change so quickly, it’s nearly impossible to pen a column and have it still be accurate by the time the public reads it. That’s one of the reasons why electronic media is so important—we can change, edit, add to a column as new information becomes available (sorry print media).

This situation we are in highlights another important aspect, namely the need for adequate Edge computing, especially during emergency situations when temporary communications is needed. Our connected world relies so heavily on the communication infrastructure. In many cases, voice data is a small but essential portion of the data being transferred.

That infrastructure relies on the industrial embedded systems that companies like WINSYSTEMS have been designing ang manufacturing for decades. It’s these systems that provide a means to recover from natural disasters, temporary power outages, and setting up temporarily cellular communications networks in remote areas for the brave men and women who serve as our first responders. They also serve as backup power systems for cellular towers, data centers, and other facilities.

WINSYSTEMS embedded computers are used in numerous applications around the world to support emergency recovery. For example, in the case of emergency systems, the company’s single-board computers (SBCs) monitor backup battery systems in industrial settings. These aren’t your typical computer UPS controllers, as the battery banks can be massive when powering cellular towers, hospitals, and other crucial infrastructure.

Such Industrial IoT (IIoT) Edge computers are generally employed to monitor the health of the batteries, as well as the capacity, heat, and other variables. They ensure that the batteries are always ready to go when needed, which is the top priority for emergency equipment.

In some cases, the batteries are recharged by solar or wind energy. It’s important that these sources are also monitored by the SBC. Part of that monitoring process is knowing how much time is needed before systems can be brought back to full power, and ensuring that the equipment is only powered/charged when necessary, thereby reducing maintenance and utility costs. 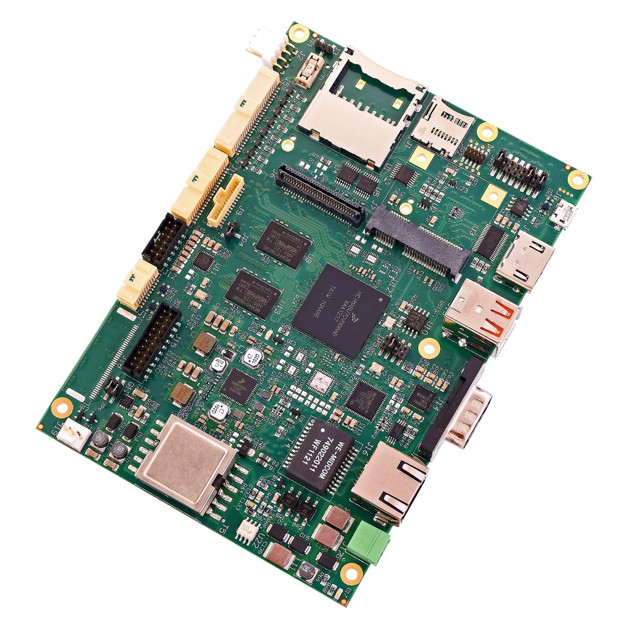 The WINSYSTEMS SBC35-C398DL fits the bill for Edge-based emergency infrastructure applications, thanks to its rich I/O and high-performance processor.

One SBC that’s been used successfully in this application is the WINSYSTEMS SBC35-C398DL, a dual-core product that combines high performance multimedia graphics with a host of industrial I/O, including Gigabit Ethernet with IEEE-1588, six USB 2.0 ports and one USB On-The-Go port, two CAN bus ports, and one high-speed serial port. The Freescale i.MX 6DL processor’s integrated power management provides excellent efficiency and allows operation from -40° to +85°C without active cooling.

In addition to the energy monitor, the SBC35-C398DL is suited for use in emergency generator sets, which are often paired with the battery packs to ensure a smooth transition. Here, the Edge computer monitors the fuel level, voltage outputs, and other important metrics and has the ability to communicate that data through the same cell tower that it’s powering. 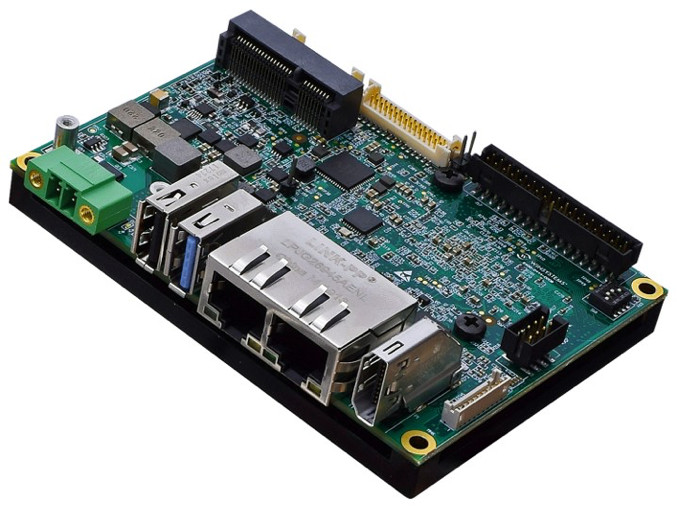 Harsh environments are no match for the WINSYSTEMS ITX-P-C444 SBC. It’s based on an industrial Pico-ITX form factor.

A second product that’s likely to show up in emergency Edge applications is the WINSYSTEMS ITX-P-C444, which fits in an industrial Pico-ITX form factor. The SBC is based on NXP’s i.MX8M applications processor and offers dual Ethernet, industrial I/O, and expansion options. Its design suits it for industrial IoT applications that require high performance in harsh conditions.

Note that the ITX-P-C44 has the ability to control WiFi, cellular, and other communications media, allowing a temporary network to be set up for first responders and other recovery personnel. Security is also key, as systems are brought back online. Hence, the SBC employs TPM 2.0 to establish the hardware root of trust.

The bottom line is that you can never be too prepared for an emergency. The Edge of the IIoT is a great place to start.