Like it or not, Internet of Things (IoT) is here to stay. There's definitely a dichotomy between real and "make real" IoT applications. The real IoT g...

Like it or not, Internet of Things (IoT) is here to stay. There’s definitely a dichotomy between real and “make real” IoT applications. The real IoT goes far beyond remote garage door openers and door locks. Nonetheless, there are differences in how developers design. Based on 1033 responses to the 2015 EMF Executive Embedded Developer Survey, we established three cadres of developer data: total industry responses, IoT developer responses, and non-IoT developer responses.

EMF believes that developers can make better design decisions if they’re made aware of the activities of fellow developers. There is currently a debate between the proponents of open source and commercial software not unlike the debate a decade ago as to whether Linux was free. We have discussed these issues in prior publications (see www.embeddedforecast.com). So is there a difference in open source software use between IoT and non-IoT developers?

Surprisingly, IoT developers are twice as likely to use open source software. Let’s look at what developers plan to use for interconnect technologies. 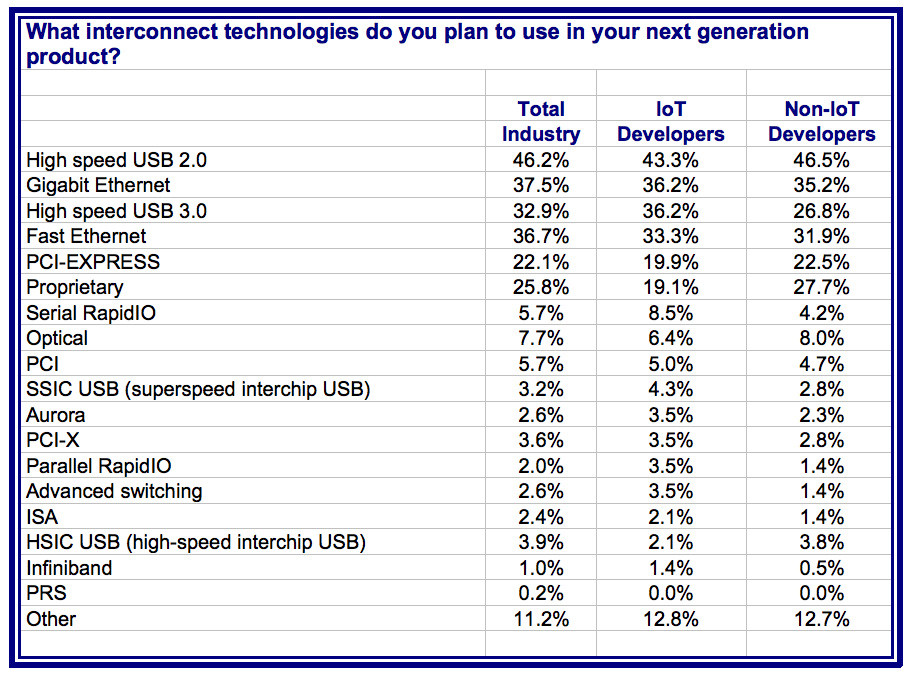 Interestingly, there’s little difference between IoT and non-IoT developments. Nor should there be, if one thinks about it. This data shows the broad use of USB as an interconnect technology. A more telling insight would be to look at which standards organizations are supported by IoT and non-IoT developers. 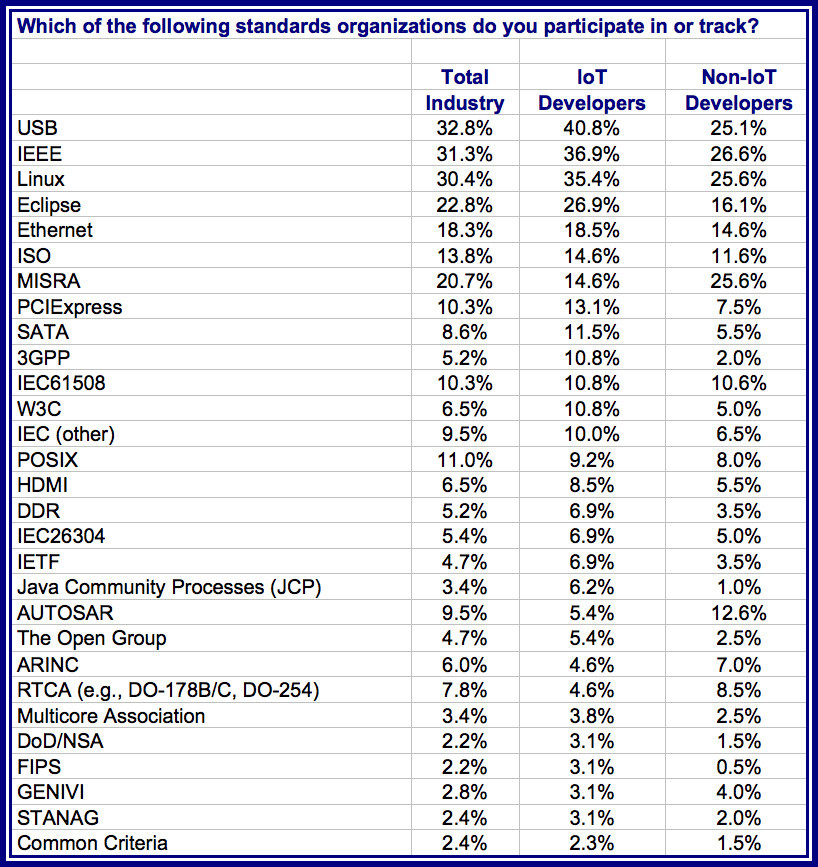 It’s interesting that USB is the most followed standard among IoT developers as well as by the embedded industry. Note that EMF has an extensive database of embedded developer use and a unique dashboard that lets us interrogate the data. Hence, we can look at many aspects of the industry. What we need is feedback from you regarding which topics are of interest. 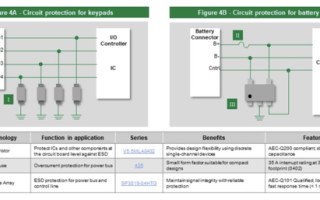