Computing at the Edge Needn't Be Problematic

Move your IoT compute engine to the Edge. If I've said it once, I've said it 100 times. The advantages are obvious.

Move your IoT compute engine to the Edge. If I’ve said it once, I’ve said it 100 times. The advantages are obvious:

I’m not saying that you never need to access the Cloud, but less often is obviously better.

While the reasons for moving your compute engine to the Edge are obvious, the methodology is not always so. That’s changing, thanks to solutions like Cypress Semiconductor’s IoT AdvantEdge. It’s dubbed a solution rather than a product as it includes various components, like connectivity devices, microcontrollers, software, tools, and support. There are also ecosystem partners that can aide in any aspect of the design.

The breadth of AdvantEdge can streamline just about any aspect of the design, including wireless connectivity, device and cloud security, power consumption, device management and maintenance, component integration, and human-machine interfaces (HMIs). The bundled software, dubbed the ModusToolbox development toolchain, simplifies the development of Wi-Fi and Bluetooth/BLE IoT products using Cypress’ PSoC family. 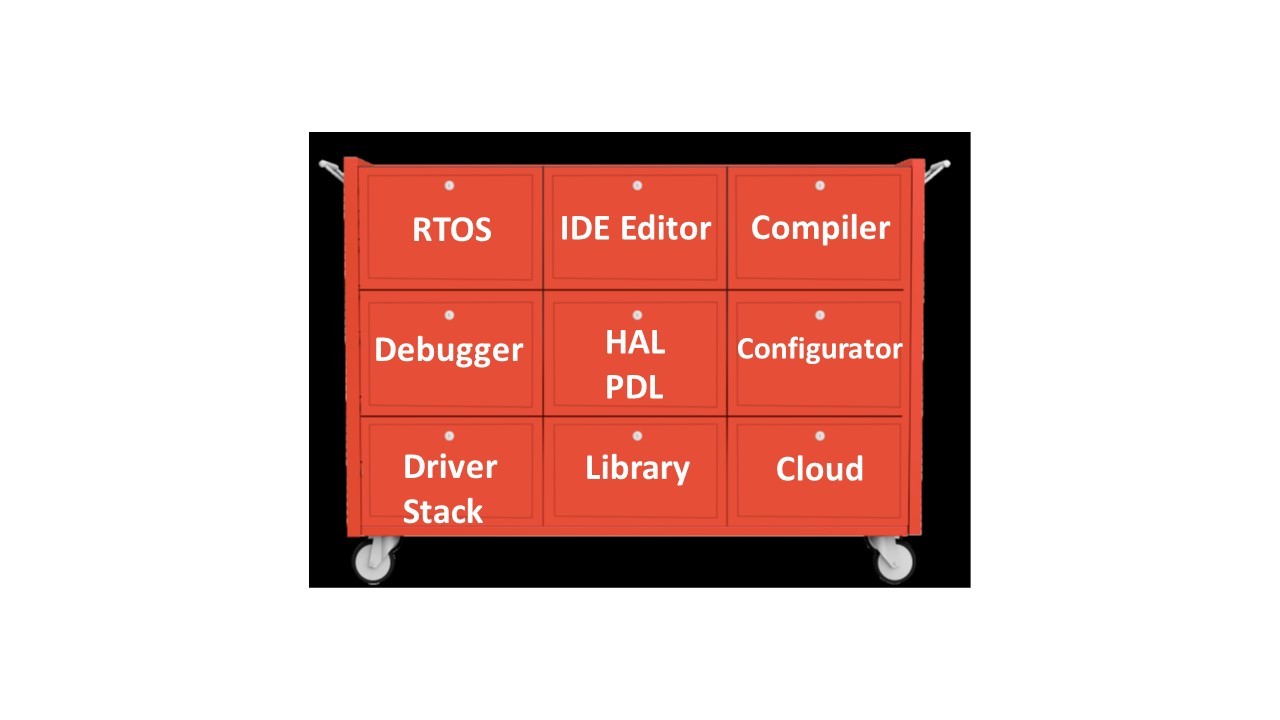 The ModusToolbox includes middleware that lets developers connect their products to most popular Cloud platforms or to proprietary Cloud services. Specifically, it offers an RTOS, an IDE editor, a compiler, a debugger, a configurator, and drivers. And the AdvantEdge toolset includes multi-radio coexistence, secure authentication, and over-the-air (OTA) updates.

As part of the AdvantEdge announcement, Cypress is releasing two new microcontroller products in the PSoC 6 MCU family—the PSoC 62 and PSoC 64 secure MCUs. Both are dual-core M4F/M0+ products, each with a different memory configuration (2 Mbytes of flash and 1 Mbyte of SRAM in the first and 512 kbytes of flash and 256 kbytes of SRAM in the second).

One of my (almost) must-haves for any new announcement is a development kit, and the AdvantEdge products don’t fall short in that regard. The available kits come with different variations of processors and wireless capabilities. And each is powered by the ModusToolbox software and validated for AWS IoT Core and Pelion Cloud applications. Note that a slew of web resources is available to further ease the design process.

Finally, I attended an informative webinar, led by Cypress’ Senior Vice President of Applications and Software Engineering, Alan Hawse. In the webinar, which I recommend if you’re designing anything in the IoT space, you’ll see a demo on how to create secure applications that run on the PSoC 6 MCUs discussed here, as well as the afore-mentioned Wi-Fi and Bluetooth connectivity solutions, with middleware and libraries from the ModusToolbox.