Perhaps you’ve considered a laser as well, but have little to no idea of what to expect. Overall, I’m happy with my purchase, and there were no huge (bad) surprises. 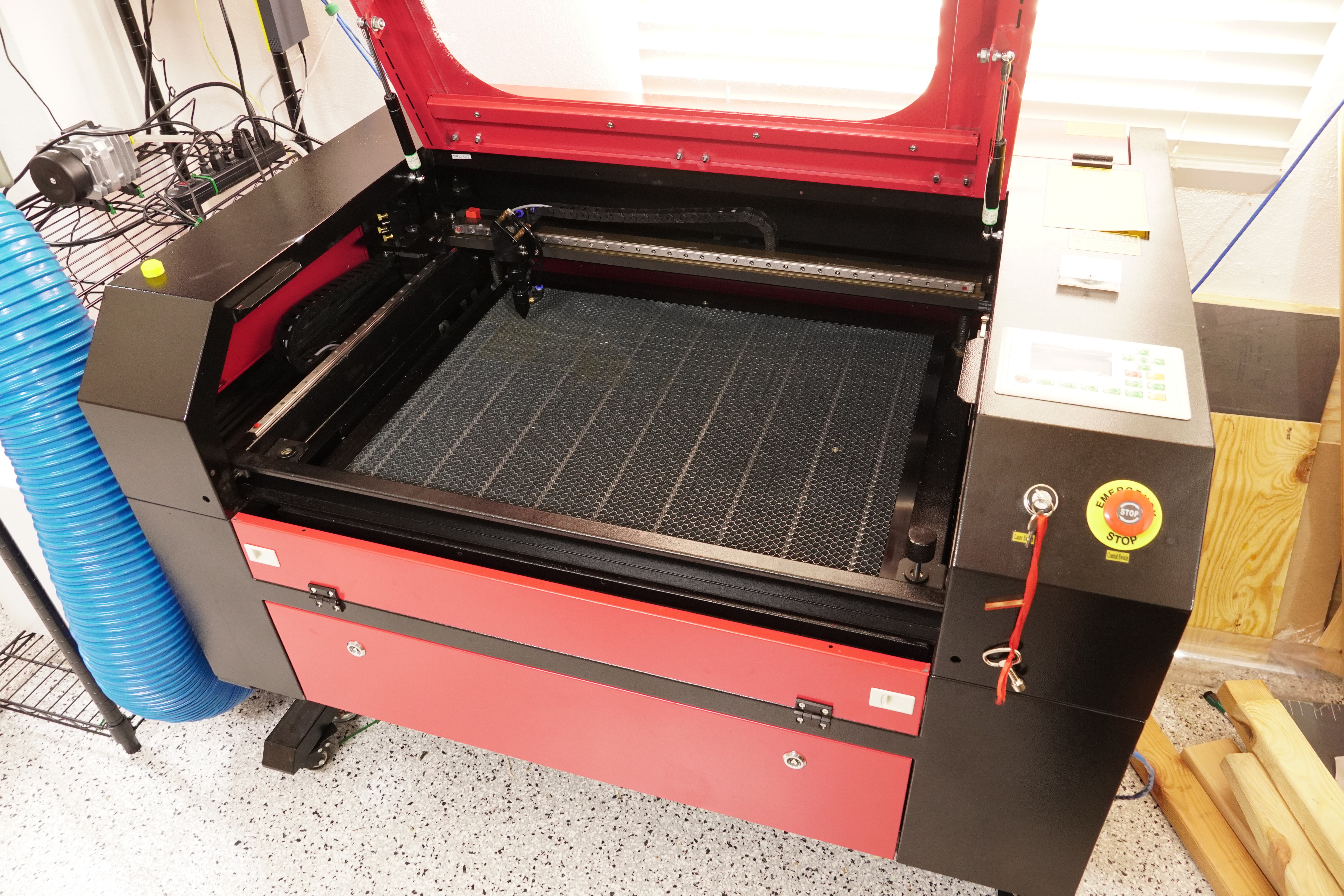 In mid-October, I ordered a 60W laser cutter/engraver off of eBay. This “red and black” laser has a 28 x 20-inch bed, which should be large enough to engrave a variety of useful things. When I received it a week or so later, even though the listing mentioned secondhand, but well tested, it appeared to be a new unit. Likely some sort or return.  The build quality was actually fantastic, especially considering that it sold for around $1,800.

Perhaps you’ve considered a laser as well, but have little to no idea of what to expect. Overall, I’m happy with my purchase, and there were no huge (bad) surprises. I outline my experience below, and plan to outline some of its capabilities in a subsequent post, after I’ve had a little more time to work with it. 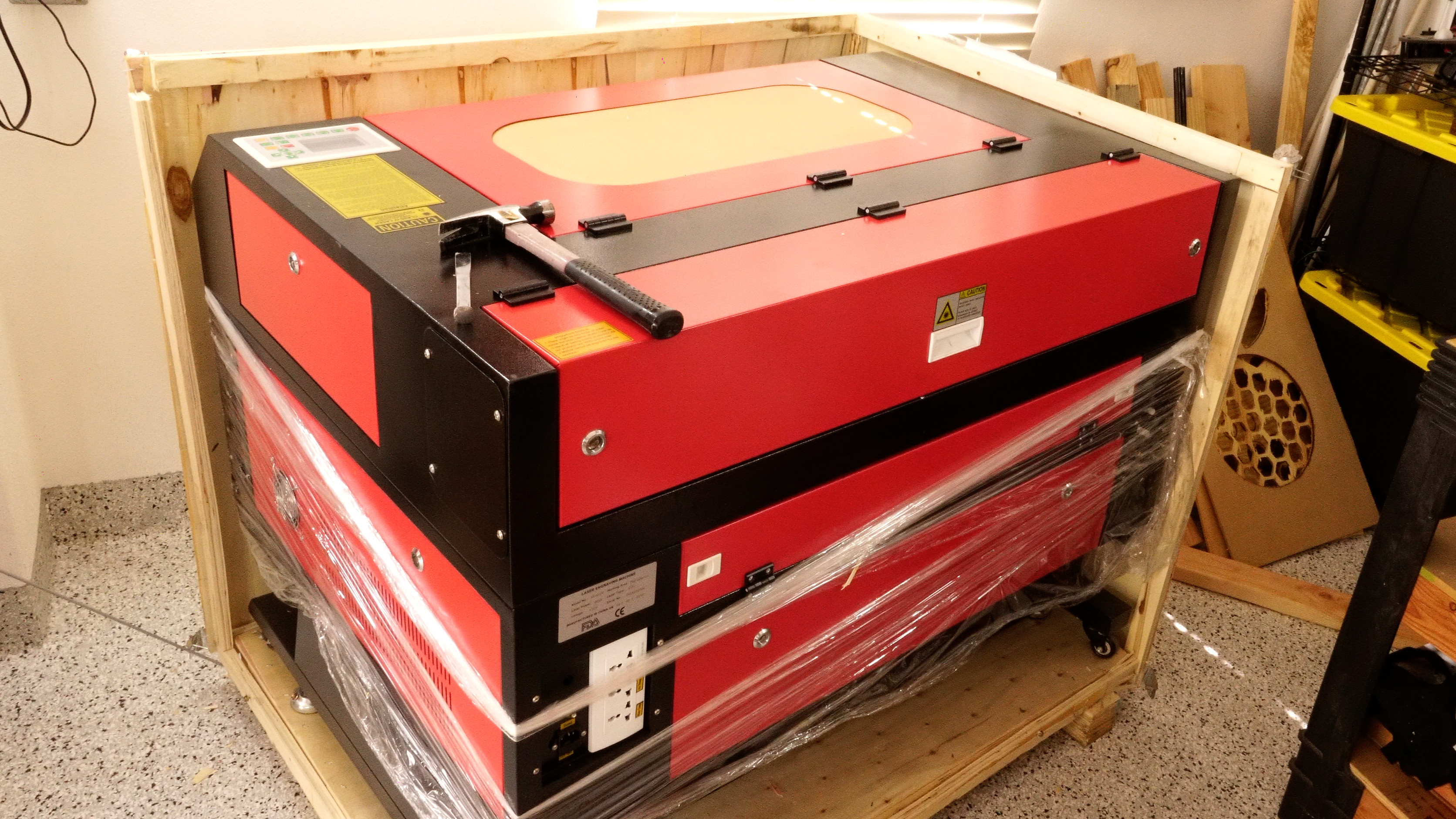 After the machine was dropped off in my garage, I was responsible for opening its crate, and actually getting it on the floor. While it’s heavy and bulky enough that one person can’t lift the whole thing, I could (wisely or not) pick up one side. With the help of its casters, I was able to roll it onto the floor by myself, with a little help to slide the included blower out from underneath.

Notably, it was purchased and shipped from a company within the United States. There are options to order this type of laser directly from China, however, this can take much longer and there may be some additional import hassles.

Overall, I’m happy with the build, a few initial notes:

While I don’t feel like I’m in a position to definitively judge, there are a few things that could be improved.

Extras (That You’ll Want to Purchase) 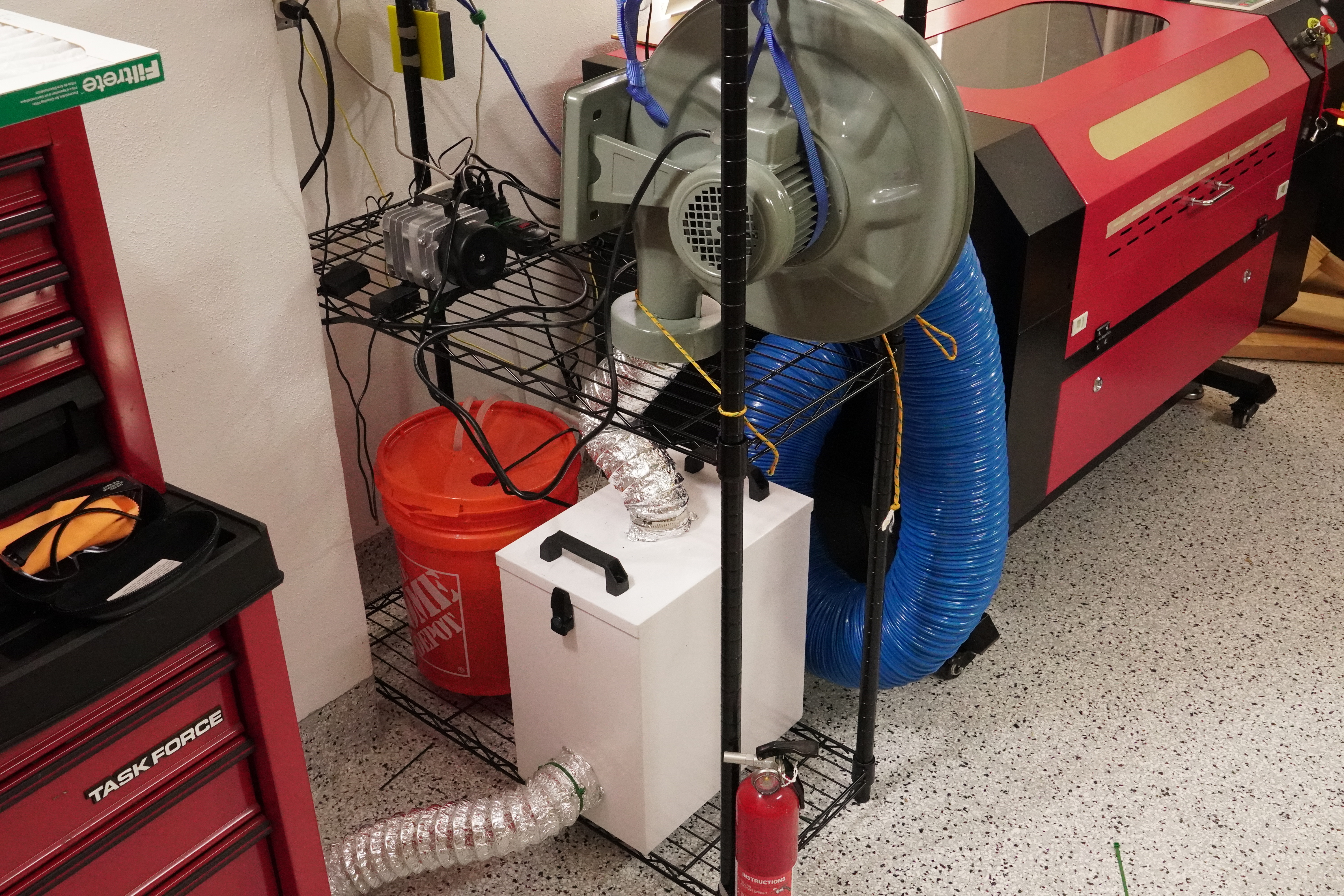 (Caption: I may have gone a little overboard with my extraction system / Image Credit: Jeremy Cook)

The laser itself was under $2000, but there’s a lot of other stuff that goes with it. If you buy such a laser, prepare to potentially buy the following. 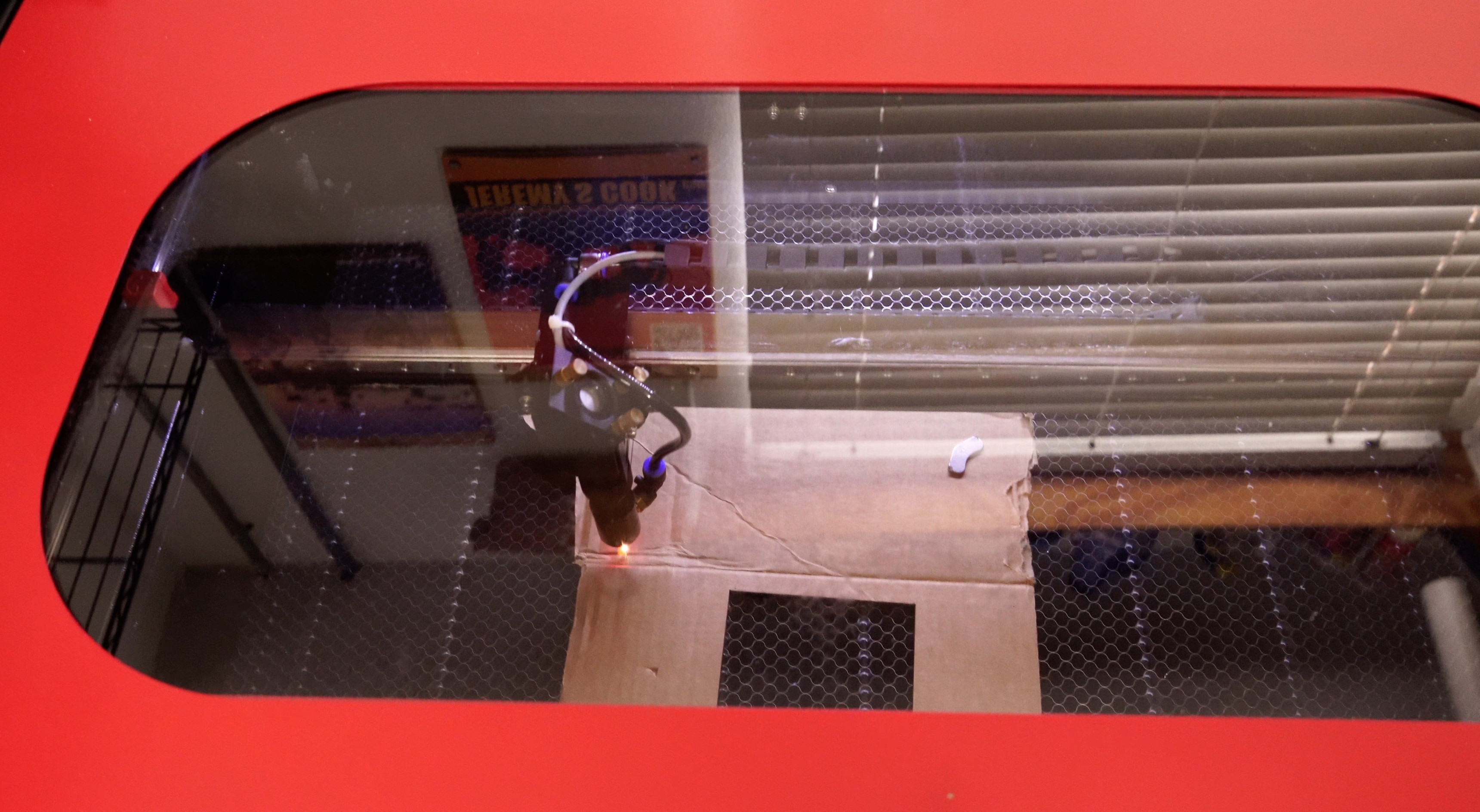 So that’s another $788 accounted for, and there are definitely some other items that I’m using or that I’ll likely purchase in the future. At around $2600 in total, however, I’m quite pleased with my purchase. You can see the unboxing and setup process in the video below, and I can’t wait to use it more!