Not Enough Chips, and There Won't Be for a Long Time, Supplyframe Says

As the semiconductor shortage continues to wreak havoc on the electrical industry, more component supply dimensions are falling into the red, pushing predicted market stabilization dates even further back.

Market intelligence firm Supplyframe’s most recent Commodity IQ (CIQ) report on the semiconductor and electronic components market indicates that lead times, supplies, and price are actually getting worse as we enter Q4 2021. According to Supplyframe CEO Steve Flagg, earlier outlooks from around the industry suggesting the market would stabilize by mid-2022 are now being revised to dates in the first half of 2023.

“The CIQ report shows that lead time dimensions in red have risen 55% quarter-over-quarter after doubling in the third quarter, and it forecasts that 66% of all pricing dimensions are poised to increase. This is occurring as the industry grapples with Delta variant disruptions, expanding Chinese electricity consumption restrictions, massive end-of-life announcements for programmable logic and other devices, and prices rising by as much as 100%,” the company says.

The red indexes below represent negative movement, with yellow being neutral and green positive. Figure 1. The Supplyframe Commodity IQ report suggests that semiconductor and electronic components supplies, pricing, and lead times are actually getting worse and may not stabilize until the first half of 2023. (Source: SupplyFrame)

It appears industry has entered the eye of the perfect storm. Skyrocketing demand for all kinds of electronic products was already pushing chip production to its limits. Then COVID-19 drove the world’s population into its living rooms where the desire for more electronic products became even more pronounced.

So, are we really staring down the barrel of a 2023 market correction?

It would appear so. Corroborating the Supplyframe conclusions are IBM CEO Arvind Krishna and Glenn O’Donnell, Research Director and Vice President of advisory firm Forrester. Both agree that the world could be feeling the effects of this global shortage until at least 2023.

In less specific but still unencouraging findings, tech research firm Gartner recommended OEMs who are dependent on single suppliers or individual sectors branch out to avoid exhausting all resources on a single type of technology.

Indeed, now that businesses are being confronted with the likelihood of even more delays, “the old-school methods of dealing with disruption are no longer good enough,” Flaugg asserts.

Supplyframe gathers information from more than 10 million professionals and electronic engineers and 350-plus network partners that generate real-time data for the CIQ report. 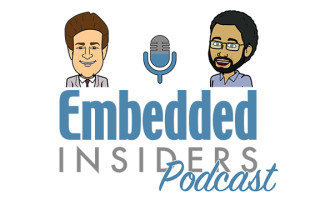