Who’s IP is it? The AI Inventor or the AI’s Inventor?

It’s official. Whether or not AI has rights is no longer just the realm of science fiction.

The University of Surrey recently filed an application with the European Patent Register on behalf of DABUS, or Device for the Autonomous Bootstrapping of Unified Sentience. And for the first time, a patent was awarded to a non-human entity. Well, at least temporarily.

“Similarly, the consequences sprouting from these notions are represented as chained nets whose formation may trigger the release of simulated reward or penalty neurotransmitters to either reinforce any worthwhile idea or otherwise erase it. As these serpentine forms appear, they are filtered for their self-assessed novelty, utility or value and then absorbed within another net that serves as an interrogatable ‘witness’ of ideas cumulatively developed by the system.”

In short, DABUS arranges a network of neural networks that imitates a human brain alongside blockchain-like concepts of distributed documentation, understanding, and approval. This combination allows the system to comb through bits of data to forge new connections and generate its own ideas.

So far, DABUS has two inventions: a container based on fractal geometry and a neural flame. According to Raconteur, the container can be likened to a cup that uses a series of bumps and bulges connected by fractal patterns like those found on a snail’s shell. The neural flame is a light source based on a blinking frequency that is difficult for human eyes to avoid, making it potentially useful in search and rescue missions.

The patent applications were filed by an international team of lawyers and researchers led by University of Surrey Professor of Law and Health and author of The Reasonable Robot: Artificial Intelligence and the Law, Ryan Abbott. Abbott filed the patents on behalf of Dr. Stephen A. Thaler, president and CEO of Imagination Engines in St. Charles, Missouri, the designer of DABUS.

At the end of July 2021, South Africa’s Companies and Intellectual Property Commission, which works cooperatively with the European Patent Office, approved the beverage container patent application that classified DABUS as the inventor. However, Thaler’s name remains on the application as both applicant and grantee.

The AI Inventor: Why Now?

Although AI is still in its early days, it’s somewhat surprising that this marks the first time an AI has been awarded, or even been considered, for a patent. But it turns out that traditional patent and IP laws state that only a ‘natural person’ can be labeled as an inventor or granted a patent, limiting patent rights to humans or their employer(s).

Yet South Africa’s patent law does not explicitly state the requirement of an inventor being a natural person. And because it does not, it has become the site of what Professor Adrian Hilton, Director of the Institute for People-Centred AI at the University of Surrey, believes is a landmark “that recognizes the need to change how we attribute invention.

“We are moving from an age in which invention was the preserve of people to an era where machines are capable of realizing the inventive step, unleashing the potential of AI-generated inventions for the benefit of society.”

Of course, not everyone sees it that way. Following South Africa’s decision to grant the patent naming DABUS as the inventor of the fractal container, the worlds of AI and patent law have clashed considerably. Some believe granting patents to AIs will make it harder for human inventors to secure patent rights; others think it will result in IP law chaos in the form of patent trolling, or constant, paralyzing IP infringement litigation; others still say this paves the way for AIs to hold and exercise additional rights.

Outside of South Africa, DABUS patent applications are currently pending in Canada, India, the Republic of Korea, China, Taiwan, New Zealand, Israel, Brazil, Switzerland, and Saudi Arabia. The applications are in the appeals process in the U.S., U.K., Germany, Australia, and the European Patent Office.

As for the U.S., a report published in October 2020 from the United States Patent and Trademark Office (USPTO) revealed that the vast majority of respondents to a request for comment believe that ownership of a patent or invention should remain exclusive to natural persons or companies via assignment. However, there is some consideration of  “expanding ownership to a natural person: (1) who trains an AI process, or (2) who owns/controls an AI system.”

As for the team that has filed DABUS patents worldwide, they plan to continue arguing that, “While patent law in many jurisdictions is very specific in how it defines an inventor … the status quo is not fit for purpose in the Fourth Industrial Revolution. 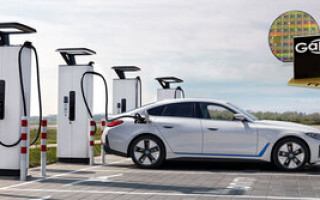