The bandwidth for LoRaWAN is really low, compared to something like WiFi. However, if you use the protocol for things that don't require high bandwidth, it works well (at least I was surprised).

I consider myself to be pretty high tech. I also tend to live on the leading edge when it comes to technology. I always like to be the first kid on my block with a new toy. So when something new comes along, I tend to take the plunge early, sometimes too early.

One technology that I was skeptical about was the use of LoRaWAN for home automation products. The bandwidth for LoRaWAN is really low, compared to something like WiFi. However, if you use the protocol for things that don’t require high bandwidth, it works surprisingly well (at least I was surprised). While you’re not going to be streaming video over LoRaWAN anytime soon (or ever), there are a hand full of places where it makes perfect sense. 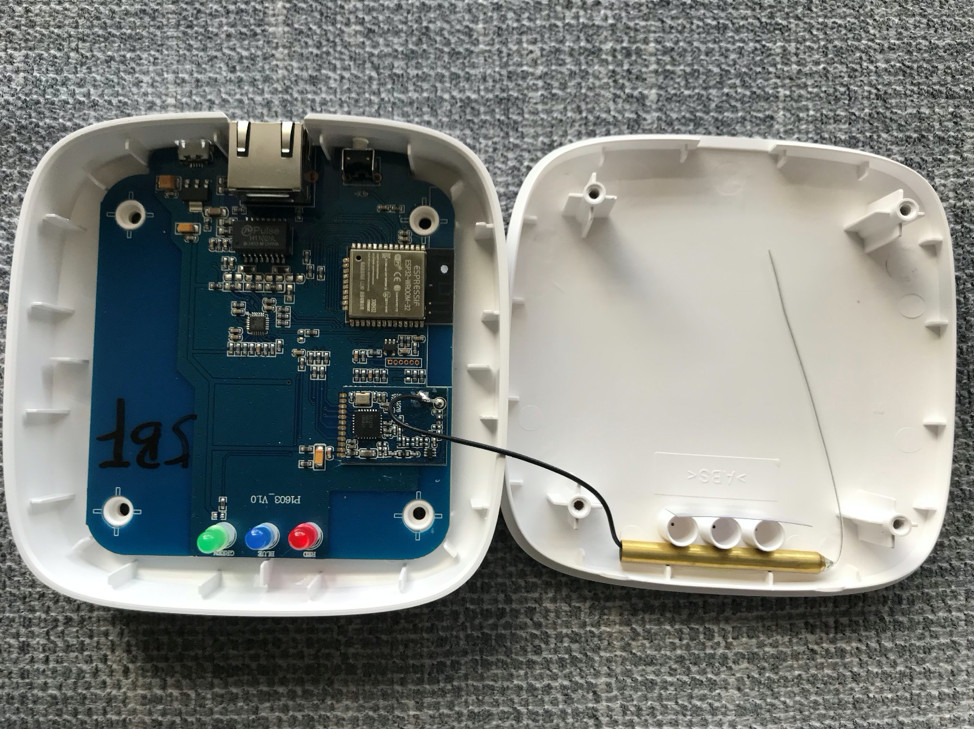 (The YoLink hub drives smart home applications. It is based on LoRaWAN, proving coverage of roughly a quarter mile, including hard-to-reach spaces within the home.)

My trial consisted of four elements, all from YoLink:

Next on my list (assuming the hub works after I reassemble it) is a garage door sensor/opener. All of these devices are connected to my phone and to my Amazon Echo network. The install process for each was surprisingly simply. You snap the bar code on the actual device and it pretty much self-installs. Very impressive. The YoLink hub and the first sensor shipped about a year ago, and the company has been adding to the list of sensors ever since. There is more than a dozen available now.

With all that said, the purpose of this story is to discuss the design of the hub and how well (or not so well) the YoLink engineers performed their task. 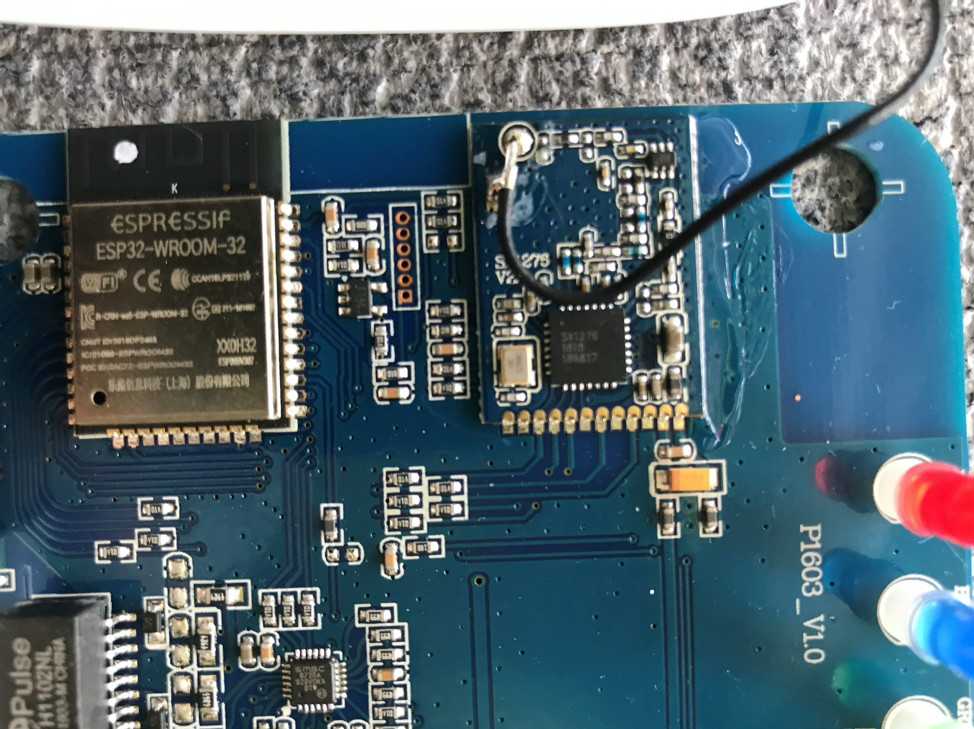 (The Semtech SX1276 transceiver handles the LoRaWAN communications. It can be seen here to the right, just below the antenna wire.)

The center of just about any LoRaWAN-based product is a Semtech transceiver; you can see the SX1276 device. It offers ultra-long range spread spectrum communication and high interference immunity while minimizing current consumption, all foundations of LoRaWAN. Using Semtech’s LoRa modulation technique, the SX1276 can achieve a sensitivity of over -148 dBm using a low-cost crystal, which combines with an integrated +20 dBm power amplifier. The next generation of the YoLink hub will design in Semtech’s newer transceiver, which will improve the wireless coverage range while taking the power spec even lower.

Housekeeping functions are handled by an ST MCU from the STM232 family, which is based on an Arm processor core. An Expressif Systems ESP32-WROOM-32 module is used to connect to WiFi and Bluetooth devices. At the core of the module is the ESP32-D0WDQ6 chip that handles those communications. The dual CPU cores can be individually controlled, and the CPU clock frequency is adjustable from 80 to 240 MHz. To further minimize power consumption, one CPU can be turned off completely when not needed.

With LoRaWAN, WiFi and Bluetooth (including Bluetooth LE), most home-automation applications are covered. WiFi handles the longer-range devices, while Bluetooth serves those running with less power, including battery-powered systems, like mobile handsets.

In sleep mode, the ESP32 consumes less than 5 µA, and data rates up to 150 Mbits/s are possible. The operating system of choice for the part is FreeRTOS + lwIP (lightweight IP). Secure (encrypted) over-the-air (OTA) updates are possible if needed.

While the YoLink hub adheres to the LoRaWAN specification, some modifications were made to better fit the smart home and smart building applications. As a result, it may not operate correctly with conventional off-the-shelf LoRaWAN components.

As you can see from the photos, the board is not densely packed. I questioned the board’s design team, as I was led to believe smaller is always better, both for cost and performance reasons. The response was a simple one—they wanted to get the product out the door as quickly as possible. It’s no behemoth by any means; it’s less than 4 in. on a side. But regardless, smaller still is better, and that’s exactly what you’ll see in the next generation.

The software that had to be written by the YoLink team includes the Cloud server software, the application software, and the devices software. YoLink claims that total software development consumed more than 100 man years. That software development was by far the most time-consuming part of the project. The team kept the bar is fairly high for communication reliability, fast response time, low power consumption, all things handled in the firmware.Thanks to that effort, almost any new YoLink sensor development can be done in in a matter of weeks, from idea to board-level test.

Another significant component in the hub is the H1102NL telecom transformer, manufactured by Pulse Electronics. The 16-terminal device is used to speed up switching speeds in the hub. And the SMSC (Microchip) LAN8720A is a low-power 10BASE-T/100BASE-TX physical layer (PHY) transceiver with variable I/O voltage. The part complies with the IEEE 802.3-2005 standards.

The full-duplex transceiver implements auto-negotiation to automatically determine the best possible speed and duplex mode of operation. All digital interface pins are tolerant to 3.6 V. It can be configured to operate on one 3.3-V supply. Note that in some configurations, the linear regulator can be disabled, allowing use of a high-efficiency external regulator to lower overall system power.

Finally, to maximize communication performance, YoLink designed a custom antenna for its hub. That’s a task that generally requires some RF know-how. 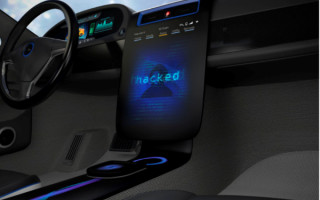