The Truth About 5G and When It Will Be Here

"2022 seems a ways off today and industry can?t wait. It needs to get moving."

You’ve heard the 5G promises, and, like me, wondered if those making them were all talking about the same technology. 5G is supposed to bring enhanced mobile broadband (eMBB) connectivity to consumers; ultra-reliable, low-latency communications (URLLC) for applications like augmented/virtual reality and autonomous cars; and massive machine-type communications (mMTC) from the Cat M1, NB1, and NB2 standards that will enable ubiquitous IoT.

All of this is still a work in progress, highlighted by the delayed “late drop” of Release 15. But given the 3GPP’s track record, we can assume they will deliver.

The real question is, “When?”

Finding a clear answer to that isn’t as easy as you might think. Muddled marketing suggests that many of the features required for eMBB, URLLC, and mMTC are supported in Release 15. When you dig a little deeper, however, you’ll find slides like the one below from the 5G Alliance for Connected Industries and Automation (5G-ACIA). 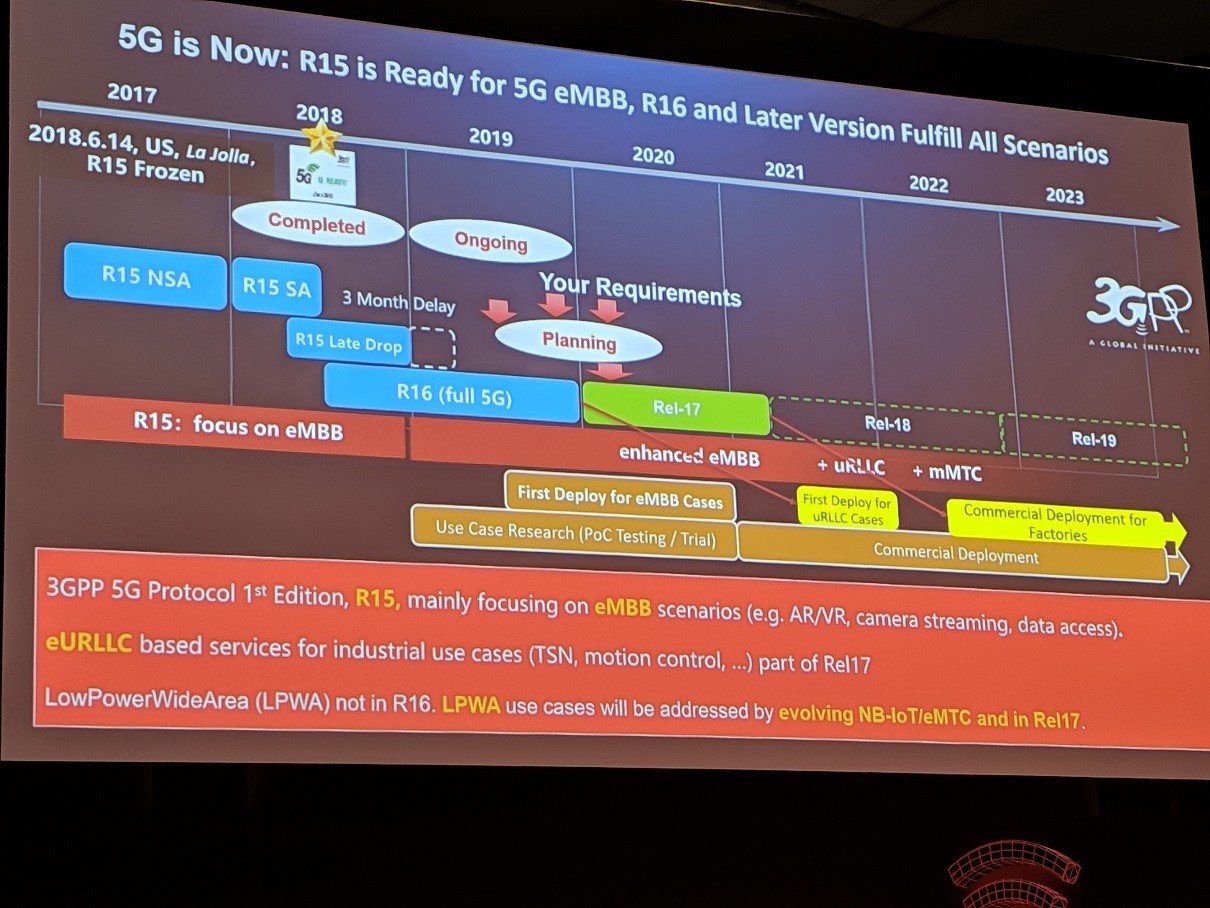 As the slide shows, the IoT- and industrial-centric features of 5G won’t be finalized until the completion of 3GPP Release 16 and Release 17. According to the 3GPP’s adjusted timeline, that puts us into 2021 before many of these capabilities are even ratified into standards.

Now, that’s not to say that 5G marketing has been completely misleading. Indeed, readers familiar with the 5G will note that LTE-M and NB-IoT standards mentioned earlier are compatible with the 5G New Radio (5G NR) architecture, and that devices in the field today that were designed to those narrowband standards can support 5G through a simple firmware upgrade. The issue, however, is that the core network and base stations still have a long way to go before they can deliver 5G capabilities to those narrowband endpoints.

According to Daniel Quant, VP of Strategic Development at MultiTech, big mobile network operators ensured that the eMBB aspects of 5G were accelerated to keep consumers upgrading their Internet services. That has had a domino effect on the wireless IoT infrastructure timeline.

“It’s not until Release 17 that the third leg of the stool is delivered, which is mMTC for IoT devices or LTE-M and NB-IoT,” Quant says. “Nothing really changes on the device side other than enhancements for faster data codecs, improved power and range, location services, etc. However, lots of work is needed in the core and next-generation NodeB (gNB) to support them.

“The point here though is assets supporting LTE-M or NB-IoT will not connect to a pure play 5G-NR-plus-5G Core network – or 5G-NR Stand Alone in 3GPP lingo – until the 2022 timeframe, once Release 17 is ratified and networks are deployed.”

To Wait or to LoRaWAN?

As Quant asserts, “2022 seems a ways off today and industry can’t wait. It needs to get moving.” An alternative that compliments 5G-NR Stand Along deployments is LoRaWAN, one of the competing wireless technologies that kickstarted 3GPP’s narrowband work in the first place.

I recently attended a LoRaWAN Live event in San Diego where members of the LoRa Alliance updated the audience on several key enhancements to the protocol. For one, the technology added support for firmware updates over the air (FUOTA) through specifications that define application-layer clock synchronization, remote multicast setup, and transport for fragmented data blocks.

The Alliance also has working groups focused on “Worldwide Wakeup,” or the ability for a single device to operate in multiple geographies using LoRaWAN profiles that account for regional discrepancies in frequency, transmit power, etc. Another still is investigating the use of LoRaWAN – originally designed for unlicensed spectrum – in licensed bands.

Notable infrastructure is also emerging to help engineers develop, test, and deploy LoRaWAN devices. For example, the online Mbed Simulator developed by Jan Jongboom and his team at Arm allows users to run the protocol in a virtual environment without a LoRa PHY but still measure the performance of functions like FUOTA. Their GitHub repository can be found here: https://github.com/janjongboom/mbed-simulator.

Meanwhile, MultiTech’s solution for locations where only a 2G, 3G, 4G, or 5G-NR Stand Alone network exists is to attach LoRaWAN to the cellular backhaul. Applicable to public or private networks, this model allows industry to progress with IoT architectures today while also limiting risk if 5G has been oversold.

“It will be a while before 5G-NR Stand Alone has the range and link budget that cellular and LoRaWAN have today,” Quant explains. “With LoRaWAN, you’re able to capture the best link budget and power performance but attach it back into the existing network. That reduces the risk of moving to 5G because the LoRa nodes you’re attaching to help you scale out better in terms of bandwidth and efficiency.”

So is it LoRaWAN or wait? 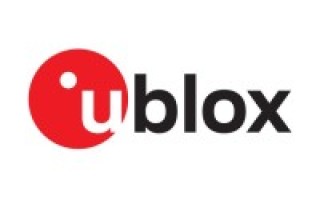