In the timber industry, the capability to inspect wood quickly and accurately is essential. A good inspection system can increase the value of a sawmill’s output, and can optimize production and...

In the timber industry, the capability to inspect wood quickly and accurately is essential. A good inspection system can increase the value of a sawmill’s output, and can optimize production and boost throughput. By automatically grading the timber and spotting imperfections, such as knots and holes, the system reduces human error, and achieves consistent quality.

FinScan, a Finnish company founded in 1988, makes intelligent grading systems, using machine vision to increase a sawmill’s yield. According to the company’s figures, an automatic system can achieve between 96 and 99 percent of the theoretical maximum yield, or financial value of the timber, compared to typically 80 to 85 percent from manual sorting.

FinScan’s flagship system is the BoardMasterNOVA, a grading scanner that scans a board from ten different directions; both wide faces are scanned from three directions and the side faces twice at 45 degrees. This ensures full analysis of all board features and defects.

The system includes from six to eighteen HD matrix cameras to capture the most detail, with LED lights for stable illumination. High-speed industrial computers running Windows 7 or 8 process the data, with one computer handling up to six cameras, and operator terminals ranging from 4-in. mobile screens up to 42-in. computer displays.

In operation, the cameras are used in a high-speed line-scan mode, capturing a one-dimensional image 2000 times per second as the timber moves past on a conveyor belt. An encoder records the conveyor’s movement, and its data is used to recombine the line camera data to reconstruct a complete 2D image in the computer.

With so much data generated, FinScan needs a high-performance interface between the cameras and the computers. They chose Gigabit Ethernet to solve this problem, which provides a high-speed, robust solution.

FinScan takes advantage of ZestET1’s speed to move the high-resolution image data to the system’s computers, and also transfer data from encoders and thickness meters. With the main processing engine implemented in the module’s hardware, sustained data rates over 100 Mbytes/s can be achieved, and latency is only 6 µs. 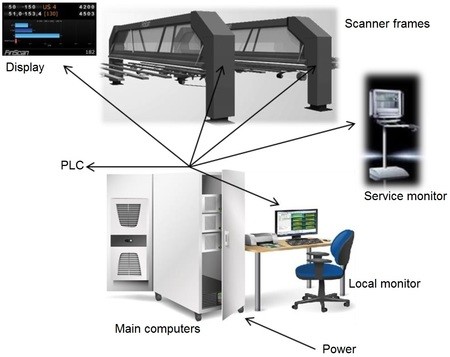 The module includes Orange Tree’s proprietary TCP/IP offload engine (TOE) that handles all Ethernet communications protocols, which means that its Spartan-3A FPGA is left completely free for FinScan’s application code. Handling the Ethernet protocols in hardware also means that the user requires no knowledge of them. The software provided with the module includes wrapper code for handling data transmission, which made creating FinScan’s program easier. 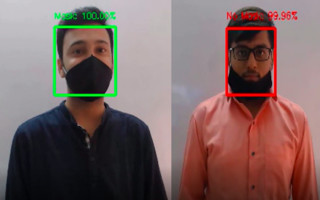 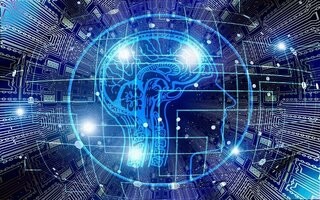 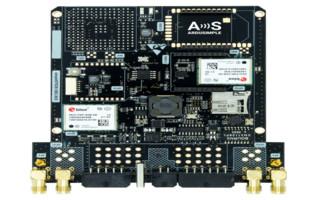