Automated vehicles can safely navigate the road only if they have precise knowledge of the environment and traffic situation. A wide variety of sensors and cameras already provide some of this...

Automated vehicles can safely navigate the road only if they have precise knowledge of the environment and traffic situation. A wide variety of sensors and cameras already provide some of this information. Additional information is supplied by using wireless technologies to connect vehicles. To ensure that safety-related data messages are received even under poor transmit conditions, the transmitter and receiver must adhere to minimum standards. Adherence can be verified using RF tests.

Road safety has improved steadily as a result of many inventions. Mechanical systems such as safety belts and airbags as well as electronic safety equipment such as anti-lock brake systems (ABSs) or electronic stability programs (ESPs) have decreased the number of accidents and their consequences over the decades. Over the last few years, however, there has been no further significant reduction in the number of persons involved in accidents. According to the German Federal Statistical Office, this number remains at around 390,000 annually.

In order to further significantly reduce the number of accidents, new technologies are needed. Critical traffic situations can be detected before they occur through the wireless exchange of information between vehicles (vehicle-to-vehicle (V2V) communications), as well as with the traffic infrastructure and all traffic participants (vehicle-to-everything (V2X) communications). For example, all vehicles that drive through a crossing can exchange information about speed and direction. This makes it possible to detect potential collisions, issue appropriate warnings, and autonomously initiate early countermeasures.

However, this scenario can only become a reality if there is a reliable wireless exchange of information between the vehicles, even under poor transmit conditions and without line of sight. If a single piece of information is missed, then one or more of the vehicles will gain an inaccurate view of the actual situation, conceivably with deadly consequences.

Wireless communications systems can be affected by different types of interference. Many of these are known collectively as fading. This includes shadowing and interference caused by physical effects such as scattering, diffraction, refraction, and reflection, which cause multipath propagation of the signal (Figure 1). In other words, multiple versions of the same signal are received at the antenna at different times and with different signal levels and interference. Superpositioning of the individual signals at the receive antenna can distort, attenuate, or even cancel out the received signal. 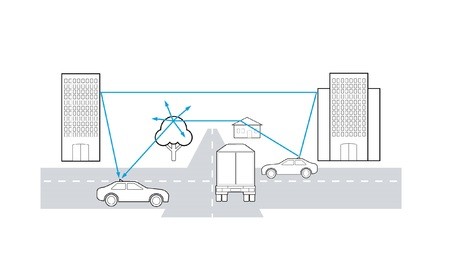 [Figure 1 | Example of fading due to multipath propagation without a line of sight path.]

Traffic participants are also continuously moving, which adds a time variant to the fading scenario. All receivers inside vehicles are confronted with continually changing conditions and signal quality. Safety-critical applications must function reliably under these conditions. If a receiver cannot handle fading with the time variant, then it will not be able to detect and process the received signal at the antenna. Strong coding and specialized protocols cannot compensate for the loss of the receive signal. Safety-relevant information is lost. This can represent a considerable safety risk, especially when drivers have come to rely on warnings from a V2X system and do not expect it to fail.

To minimize the safety risk arising from poor transmit conditions, the RF transmitters and receivers found in on-board units (OBUs) and road-side units (RSUs) of communications systems must exhibit certain characteristics. Developers and users wanting to integrate V2X components into their system can use RF tests to verify these requirements. The two lowest layers of the Open Systems Interconnection (OSI) model factor into these tests because they are responsible for the physical transmission of the data message (Figure 2):

[Figure 2 | The physical layer and logical link control layer of the Open Systems Interconnection (OSI) model are critical to RF testing of V2X components because they are responsible for the physical transmission of data messages[1].]

In contrast, tests at the protocol level (i.e., from the LLC layer up to the application layer (Layer 7)) are not suitable for verifying RF characteristics. These tests check that the bit stream, which is generated in the LLC layer from the received signal, is processed correctly. The RF signal at the receive antenna is ignored. As a result, all tests at the protocol level rely on one important prerequisite: that the signal with the message has been received at the vehicle antenna and converted into a bit stream. It is acceptable for the bit stream to contain bit errors, but only as many as can be corrected using channel coding. For error-free processing of the bit stream, the message must appear in the application layer precisely as it was received at the OBU antenna. This triggers additional actions, such as a warning message on the display or automatic braking.

The RF module (i.e., the MAC layer and the physical layer) in the OBU must therefore meet certain minimum requirements with respect to power and frequency accuracy and packet error rate (PER)[2]. In addition, the transmitted signal must not interfere with any of the transmission technologies in the adjacent frequencies[3]. These characteristics can only be verified with RF tests, and not protocol tests because any interference in the transmitted signal is conducted to the receiver via the OBU’s RF module.

But how can RF module requirements be tested? And how can it be ensured that a transmitted message is actually received? A look at the mobile communications industry shows that three different types of RF tests are used to validate and certify smartphones:

The automotive industry tests automotive components and electronic control units (ECUs) in the lab, on testing grounds, and even on public roads. For wireless communications this is the equivalent of field tests, offering a realistic environment for RF tests. However, other influences such as the weather can unpredictably change the RF characteristics of the radio link. The test setup and test sequence depend on the vehicles involved and the antenna locations, and often can only be changed with considerable effort.

This is not practical for testing a new device that is still in the development stage. What is needed instead are alternatives that permit realistic testing in the lab. In wireless communications, conducted tests represent an alternative to field tests. A test system simulates the transmission channel while a cable replaces the actual radio link. These types of RF tests can be performed for each prototype and each time the software or hardware is changed. This has many advantages that make development faster and less expensive and reduce errors:

Depending on the selected scenario, channel simulation exactly simulates the physical attributes of the radio link. Today’s signal generators can also simulate the special V2X fading profiles in real time.

To be able to compare the test results of the various hardware and software versions of a V2X unit, all test procedures must be clearly defined. Some countries have therefore defined test specifications for V2X systems that include test cases in four categories (Figures 3 and 4): 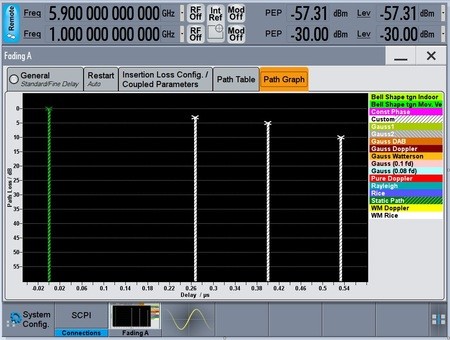 [Figure 5 | The Rohde & Schwarz SMW signal generator showing of a fading profile for V2X at 5.9 GHz.]

Various plug tests for V2X have shown that the TX out-of-band and fading tests are especially problematic for many devices under test (Figure 6)[4]. It is possible, however, to detect these RF problems during the development phase by using appropriate test instruments. The RX tests can be performed with a signal generator that is capable of generating a V2X signal. A signal analyzer covers the TX test cases. Depending on the dynamic range of the analyzer, a filter for the V2X signal is needed to cover the broad frequency range of the out-of-band measurement. 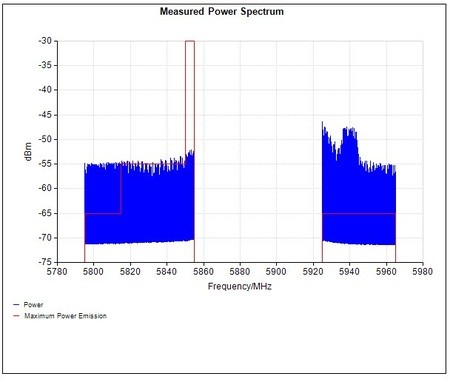 [Figure 6 | TX out-of-band test: The transmit power (blue line) of an 802.11p unit exceeds the allowable limit (red line) at multiple points. The frequency range between 5855 MHz and 5925 MHz is reserved for V2X in Europe and in the U.S.]

At present, various wireless technologies are under discussion for implementing the V2X communications, in particular WLAN 802.11p, LTE, and 5G, which will be available several years from now. Regardless of which technology is used, test and measurement equipment manufacturers such as Rohde & Schwarz already offer the test solutions needed for V2X. For example, solutions based on the widely distributed LTE technology can be tested using the TS8980 RF test system family. The available tests are continually being updated based on each LTE development, making it also suitable for V2X.

For out-of-band tests, the test system permits measurements up to 18 GHz and can accept a variety of filters as needed for various regions. The system hardware is already set up to handle diversity and multiple input, multiple output (MIMO). 802.11p tests pose a special challenge in that there is no defined uniform interface to 802.11p units. In order to configure the unit for a test case, the test software must address each unit with individual commands. The test system already contains plugins for many units in order to permit fully automated testing.

Development of wireless, automated communications between traffic participants will continue in order to improve road safety. Safety-critical messages must be transmitted reliably and quickly in every environment and every traffic situation. Protocol tests alone are not sufficient because they do not test the circumstances under which the transmit signal arrives at the receiver. Only RF tests can ensure that the minimum physical requirements are met by OBUs and RSUs so that lives can be saved.

Dr. Thomas Brüggen is Project Manager of RF Test Systems for Intelligent Transport Systems (ITS) at Rohde & Schwarz in Munich. He studied electrical engineering at RWTH Aachen and received a Ph.D. in communications engineering.

1. OSI model: The Open Systems Interconnection model (Fig. 2) was standardized as a reference model in order to permit data message transmission across a wide variety of technical systems. It combines the various tasks and protocols for a network into layers. The two lowest layers are the physical layer for the physical transmission of data messages (e.g., via a copper cable, a fiber-optic cable, or radio frequency) and the data link layer consisting of the media access control (MAC) layer and the logical link control (LLC) layer.

2. Packet error rate (PER): The number of faulty packets at the receiver that cannot be corrected, referenced to the total number of transmitted packets.

3. RF module: The RF module is the part of a data message transmitting device that converts a bit stream into an RF electromagnetic wave and then transmits this wave over an antenna. In the reverse direction, it receives a wave and converts it to a bit stream.

4. Plug test: Event during which manufacturers of test equipment and on-board/roadside units, interconnecting their devices in order to test how well they work together.