Vehicle-to-infrastructure (V2I) communications and its counterpart vehicle-to-vehicle (V2V) initiative are lagging behind other advanced driver assistance system (ADAS) technologies. V2I technology employs car and infrastructure communications systems to warn drivers about road hazards, traffic jams, etc., and while industry observers acknowledge the critical significance of this technology for intelligent transportation systems, they also add that it’s not quite there yet.

The billion-dollar question that has been haunting the V2I premise is, “Who will pay for the legions of sensors and cameras to be sprinkled all over highways and streets?” Governments or the private sector? And what about the return-on-investment? The upfront cost of furnishing roads with these technologies is mindboggling.

Currently the electronics industry is looking for ways around these technology and business conundrums, with Audi, for instance offering an advanced traffic management system in several U.S. cities that will operate with select 2017 models. The Audi Traffic Light Information service will monitor traffic lights via an onboard 4G LTE data connection and inform drivers about the remaining time until signals change (Figure 1). 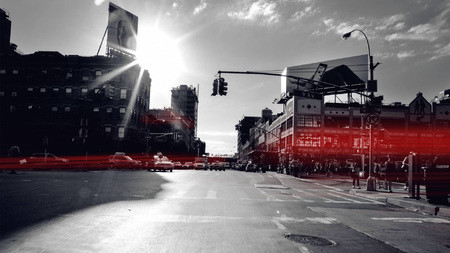 [Figure 1 | Audi’s V2I service is designed to maximize the number of green lights while optimizing vehicle speed and route.]

However, so far, the most prominent V2I use case has been emergency call (eCall) systems. In the event of an accident, eCall systems allow carmakers to automatically broadcast vehicle location via GPS and contact the nearest 24-hour emergency call center for help. Therefore, highly reliable connectivity and battery subsystems are imperative to ensuring that nearby emergency services are contacted when sensors initiate a call – even if a vehicle is involved in an accident just minutes after being parked for several months.

In pursuit of automotive-grade reliability, Intersil recently unveiled a battery charger IC that extends the life of Lithium Iron Phosphate (LiFePO4) batteries commonly used in vehicular eCall systems. The ISL78693 is 3.6V single-cell battery charger that prevents rapid discharging of a car’s backup battery during an accident or when a vehicle has been parked for an extended period of time (Figure 2). 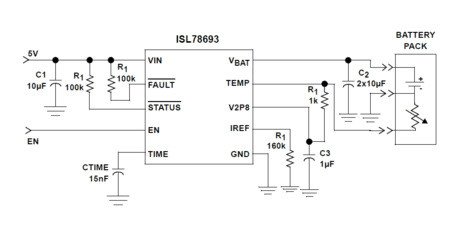 Now that Europe has mandated the eCall systems for all new cars by 2018, expect more silicon solutions that further push the V2I agenda later this year.