Specifications for the embedded computing industry get written and implemented all the time. You can’t even count the number of specs that have come over the last few years, in terms of hardware, software, system design, security, power, environmental aspects, and so on. However, the process, and the time required to develop those specs, should not be taken for granted. In most cases, each one requires a team of people, often volunteers, to dedicate their time and efforts to appease an entire industry.

The COM-HPC spec was no different. Developed under the auspices of PICMG, a standards-setting organization committed to open standards, COM-HPC is a next-generation spec for computer-on-modules, aka COMs. COMs plug into a baseboard or carrier card to add functionality. It could be for a specific application, or it could be a general-purpose computing COM that adds significant compute power. With technologies like Gen 5 PCI Express (32 Gtransfers/s) and 5G on the horizon, the time is right for a new COM spec, in essence an upgrade to—but not a replacement for—COM Express.

The new COM-HPC specification defines two pin-outs. There’s a client, which in many ways, is comparable to COM Express Type 6. It includes various graphics interfaces. The second is the server pin-out. It eliminates the graphics and uses those newly claimed pins for faster Ethernet and PCI Express.

“Open standards are typically developed over time by committee formed from numerous interested parties, often competitors, but they put that competitiveness aside and collaborate,” stated Stefan Milnor, the Vice President of Engineering at Kontron, and one of the principles behind the COM-HPC standard. “With a group of companies, you get access to various expertise, and you can divide up the work. Diverse views are usually considered, and the best ideas can be incorporated into the final product.”

Shown are the four phases used to begin specification development, as defined (informally) by PICMG.

There is a well-defined practice for developing standards at PICMG, starting with a document called Policies and Procedures for Specification Development. As shown in the figure, the process divides the early work into four phases. The first phase, which occurs before PICMG gets involved, is when a company or a group of companies kick around an idea for a new spec. That informal group lines up at least three PICMG Executive Member companies, leading to Phase Two, where the group approaches the PICMG Technical Officer and requests the formation of a new technical subcommittee. The original companies for COM-HPC we ADLink, congatec, Kontron, and Samtec.

In Phase Three, there’s a call for participation, issued to all PICMG Executive and Associate level member companies. Finally, in Phase Four, one of the three original Executive Level companies arranges for an organizational meeting, inviting all PICMG Executive and Associate members. For COM-HPC, about 20 companies participated. Officers are chosen at the initial meeting, which usually includes a Chairman, an Editor, and a Secretary.

Milnor notes, “Once the committee gets going, there are lots of meetings. We are about two years into the development of the COM-HPC spec.”

Subcommittees had to be formed for specific areas of COM-HPC, including signal integrity and remote management. Subcommittees get their own officers. The subcommittees submit their work to the larger PICMG body for a general member review, which is where COM-HPC now sits, waiting for feedback. The current group of participating companies are ADLink, Advantech, congatec, Elma Electronic, ICC Intelligent Platforms, EPT, Fastwel, GE Automation, HEITEC, Intel, Kontron, MSC, NAT, nVent, Samtec, Seiko, Supermicro, TE Connectivity, Trenz Electronic, the University of Bielefeld, and VersaLogic.

While the companies involved don’t always agree on everything, the final product usually supports the group (or industry) as a whole. And that’s exactly the case with COM-HPC: a COMs standard that takes us in the era of 5G and AI at the Edge of the Industrial IoT. To learn more about how the COM-HPC specification was developed, watch the video featuring Kontron’s Milnor. 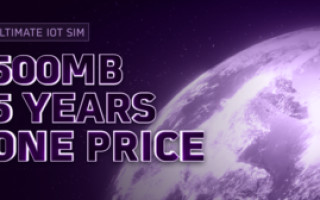