Embedded World was a showcase of all of the forces driving the marketplace and product development.

This wouldn’t be a decent overview of an industry event without going over some of the trends that were prevalent and popular. Embedded World was a showcase of all of the forces driving the marketplace and product development. Every significant application space had multiple vendors offering solutions to address issues from their perspective.

The automotive space was very well represented at the vehicle infrastructure level, from the powertrain to the dashboard. Advanced sensor systems, better microcontrollers, and improved materials are ensuring that the next generation of electric vehicles will easily satisfy the range anxiety of almost every user. In addition, the internal infotainment suite in vehicles will continue to expand in functionality and utility.

The car is a major focus of every significant technology under development today. Smart Grid? Better have fast EV charging! The IoT? Car infotainment is already on that track. Wide-bandgap semiconductors? They’re one of the forces dramatically shrinking the size and weight of vehicle powertrains. AI? Self-driving cars will let people finally focus on their phones while driving. Name the technology, there’s an application in the automotive space.

One issue with cars, however, is that they are a harsh environment competing with industrial and mil/aero for extreme environmental risk. Devices made for that environment must comply with AEC-Q100, and many companies with advanced solutions are actively qualifying their parts for that demanding standard.

One example is Nexperia, who announced at the show that over 20 of their leadless MicroPak logic devices are now AEC-Q100 qualified (Figure 1). Presented as the smallest suitable for automotive applications, they feature the same silicon die as larger PicoGate options, for electrical performance identical to leaded equivalents while providing a higher pad size-to-package footprint ratio. 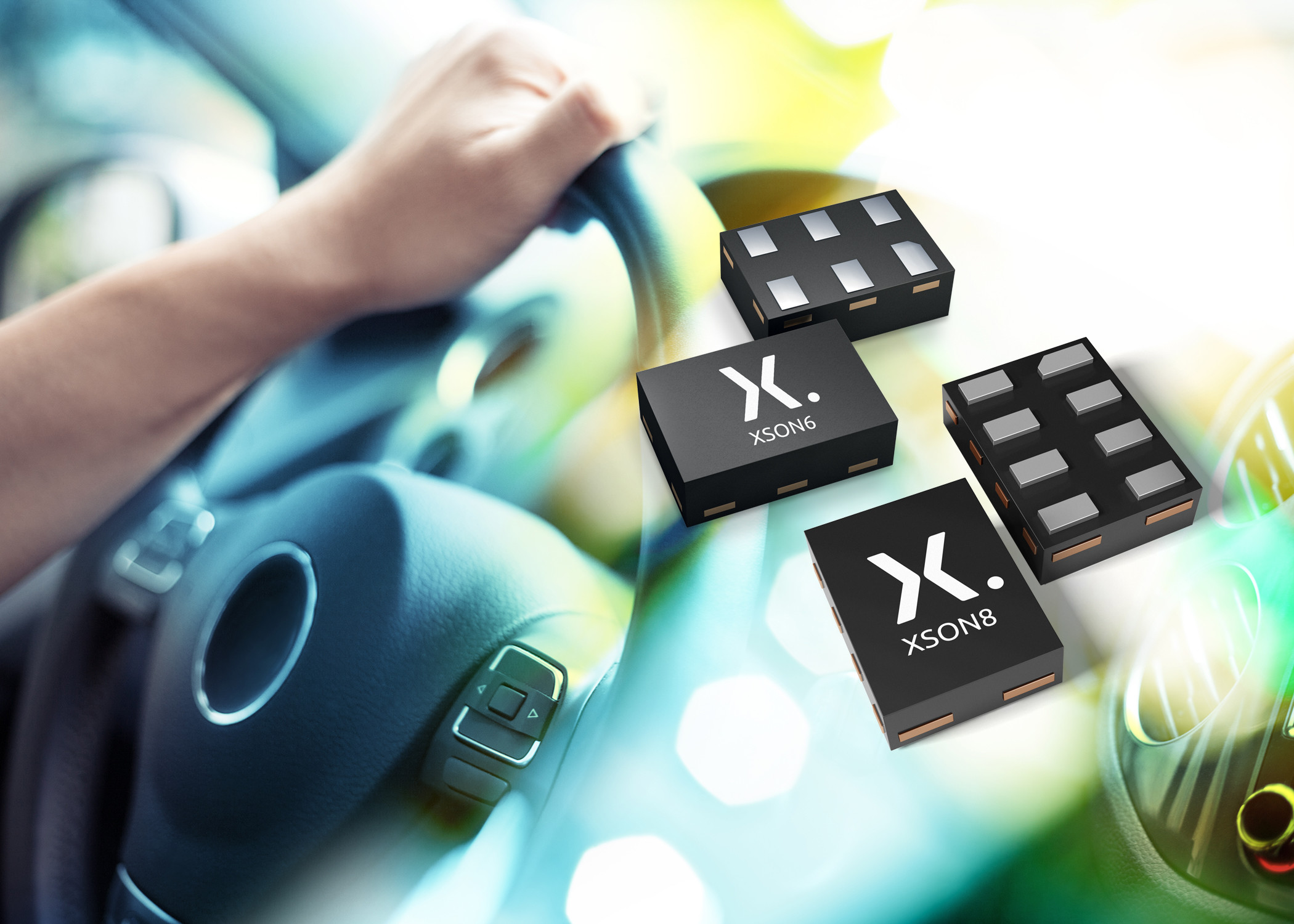 Another aspect of the Cloud and data transfer is the issue of compression. Useful for lowering the amount of information that needs to be transmitted, compression does need processing capability that may not be available at the Edge. Giving remote devices the ability to compress data themselves can speed up the connection and improve system performance.

Addressing this issue, SEGGER unveiled the SMASHv2, a lossless compression algorithm tailored to resource constrained systems, boosting performance of Embedded Systems (Figure 2). The software allows both compression and decompression on any Embedded System, in real time, even with no work RAM available. 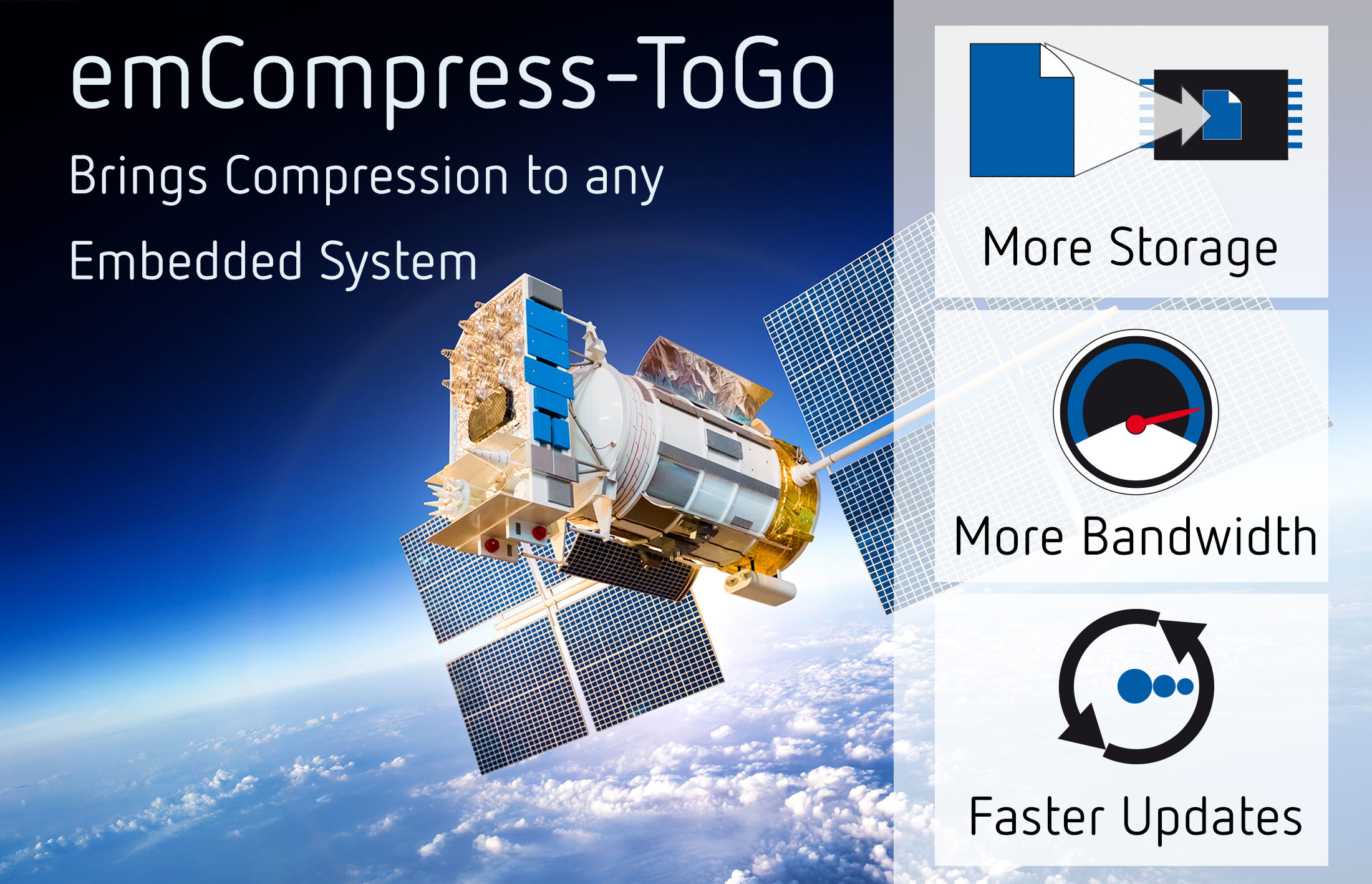 Most microcontroller-based applications can’t use compression because it required too much memory or computing power, but storing firmware images or FPGA bitstreams compressed with SMASHv2 can significantly reduce ROM requirements. The API is very flexible, with compression and decompression directly to and from memory or via application-provided functions. The compressor requires only about 1 KB of ROM, decompression about half of that.

All of this fantastic functionality is just a bunch of boxes full of magic smoke, unless there is an infrastructure to tie them together. Creating and maintaining that infrastructure is a critical issue, as nothing moves if the vias aren’t open. At the show, Heitec presented a system that serves as a network hub for a DWDM (Dense Wavelength Division Multiplex network) that collects and distributes the various network signals (Figure 3). 96 signals with different wavelengths are transmitted via fibre-optic pairs, and optical amplifiers attain transmission ranges of up to 1.000 km and transmission rates of up to 10 Gbit/sec per channel.

In one sense, Embedded World was a T&M show, in that every test device company in existence, and some who want to be, were at the event flogging their latest solutions for our latest problems. In many senses, test system designers have the hardest role, as their systems must be better than the systems they are testing, by definition (pun intended) the lines on the ruler must be closer together than the features in what you are measuring.

This applies to electronics in the most extreme manner. A test system must be faster, capture more data than provided, and store it in a large enough quantity to be useful. When it comes to the wireless space, it can be kinda tough. Rohde & Schwarz, staying ahead of the application, launched a test solution for Bluetooth 5.1 at the show. The Bluetooth SIG ratified its core specification version 5.1 in late January, and it is now available as a software upgrade for the R&S CMW test platform (Figure 3). 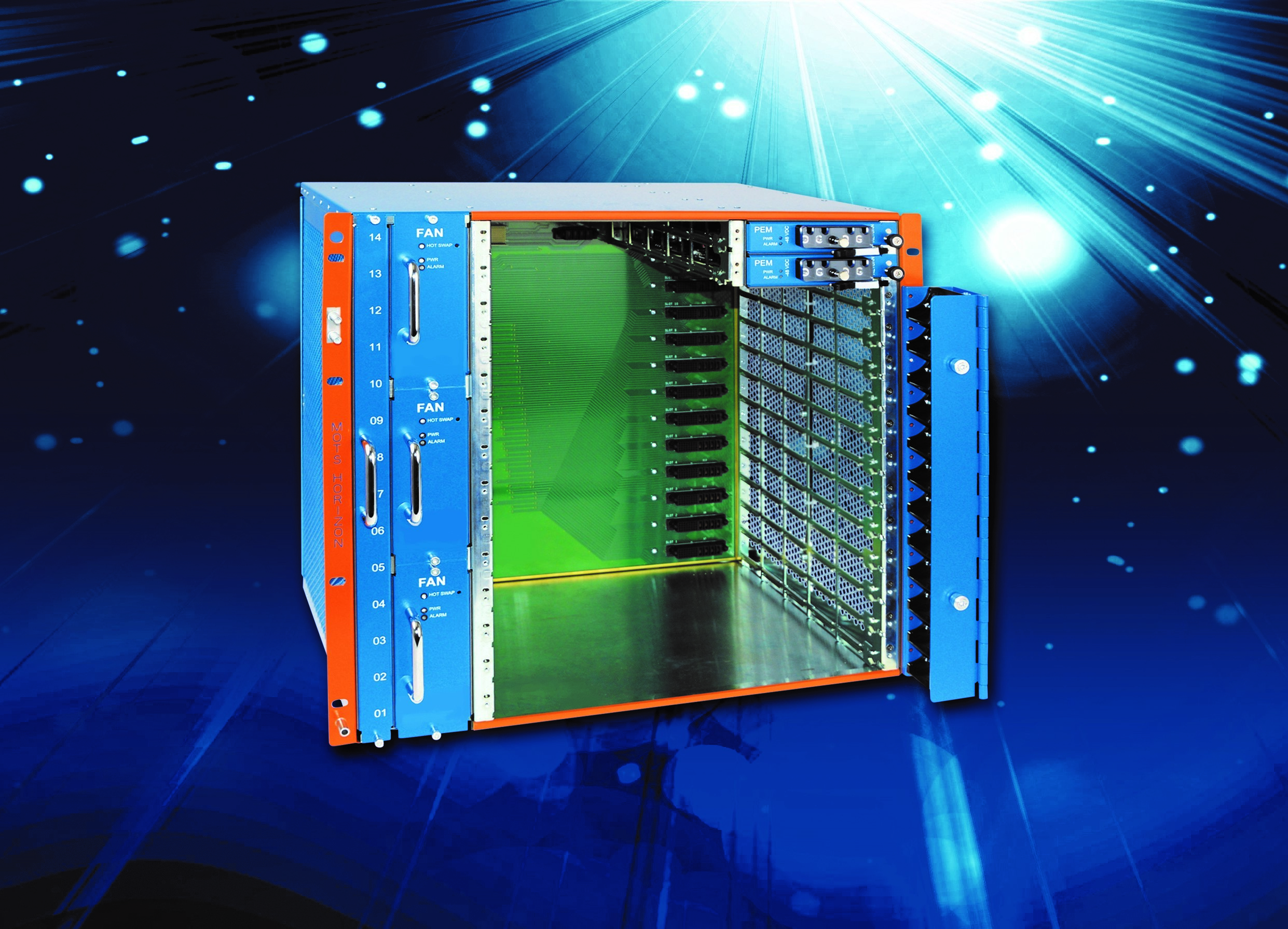 Figure 3: This system serves as a network hub for a DWDM that collects and distributes the various network signals.

The test solution can verify the performance of the location services, and with Bluetooth 5.1, Bluetooth Low Energy (BLE) devices can optionally offer improved navigation services. Functionality for direction finding/angle estimation using the angle of arrival (AoA) and angle of departure (AoD) methods enables position determination with accuracy down to centimeter level in both the transmit and receive direction. BLE 5.1 now makes it possible to guide interested parties precisely to points of interest.

Figure 4: The Bluetooth SIG version 5.1 is now available as a software upgrade for the R&S CMW test platform.

The R&S CMW test platform employs a parametric test concept that enables users to create application-specific test sequences, and the test platform bandwidth has been extended to 160 MHz, allowing WLAN RF signaling tests in line with the IEEE 802.11a/b/g/n/ac standards, including IEEE 802.11ax. RF tests compliant with IEEE 802.15.4 for Zigbee and Thread components are also supported.

Trade shows like Embedded World remind us that it is the synergy between people and technology that makes an industry and marketplace work. Remove the technology, and there is nothing to trade. Remove the people, and there is no reason to. Come back later and check out our coverage from the Applied Power Electronics Conference (APEC) in Anaheim, California. We’ll have the latest and greatest for you from that event.