froglogic, the vendor of the GUI test automation tool Squish GUI Tester and code coverage tool Squish Coco, has been researching how AI can help automate more of the test automation process. The team identified two main focus areas where AI can significantly increase the productivity of testers and developers: creation of automated tests and analysis and interpretation of test results

To help developers meet their goals of shorter release cycles and continuous delivery, froglogic will release an AI powered GUI testing tool this year. This tool, utilizing the award winning technology of the Squish GUI Tester under the hood to inspect and automate GUIs, will use AI to automatically derive tests for an application by exploring its GUI. Additionally, this tool will identify issues such as GUI and behavioral regressions, bugs and crashes, without developers having to write a single test. These issues will be found and reported to the developers immediately after a code change has occurred.

“The Squish GUI Tester is the only tool in the market which supports automated testing of pretty much any type of GUI on desktop, mobile, embedded and web application. Utilizing this technology and enhancing it with AI to reduce the initial barrier of writing tests provides an immediate benefit. This was the next, logical step for us” said Harri Porten, CTO of froglogic.

The second big topic where AI helps in test automation is the analysis of test results. GUI tests produce massive amounts of results. Reviewing and properly interpreting the results is very time consuming. For this purpose froglogic has developed a tool which collects and analyzes the results and allows users to collaborate. This tool, which will be available as a cloud service and self-hosted offering, will support the users with the intelligent analysis and interpretation of test results to significantly cut down the time of reviewing results and taking decisions on next steps.

As a first step, froglogic will release the Squish Team Server, which will serve as the basis of the new tools, in early 2018. Throughout the year, updates to the Squish Team Server will be released featuring the AI powered GUI testing and intelligent test result analysis and interpretation. 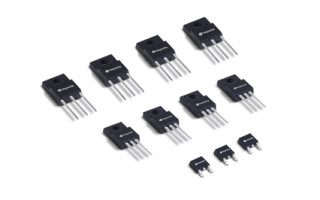