Using a biotechnology called optogenetics, the ultra-thin chip?s electrical resistance changes based on different wavelengths of light. From there, the device adds or deletes data like brain neurons.

Researchers from RMIT University in Melbourne, Australia have developed an electronic chip that mimics how a human brain stores and loses information. Using a biotechnology called optogenetics, the ultra-thin chip’s electrical resistance changes based on different wavelengths of light. From there, the device adds or deletes data similar to neurons in the human brain. The device can also perform logic operations. 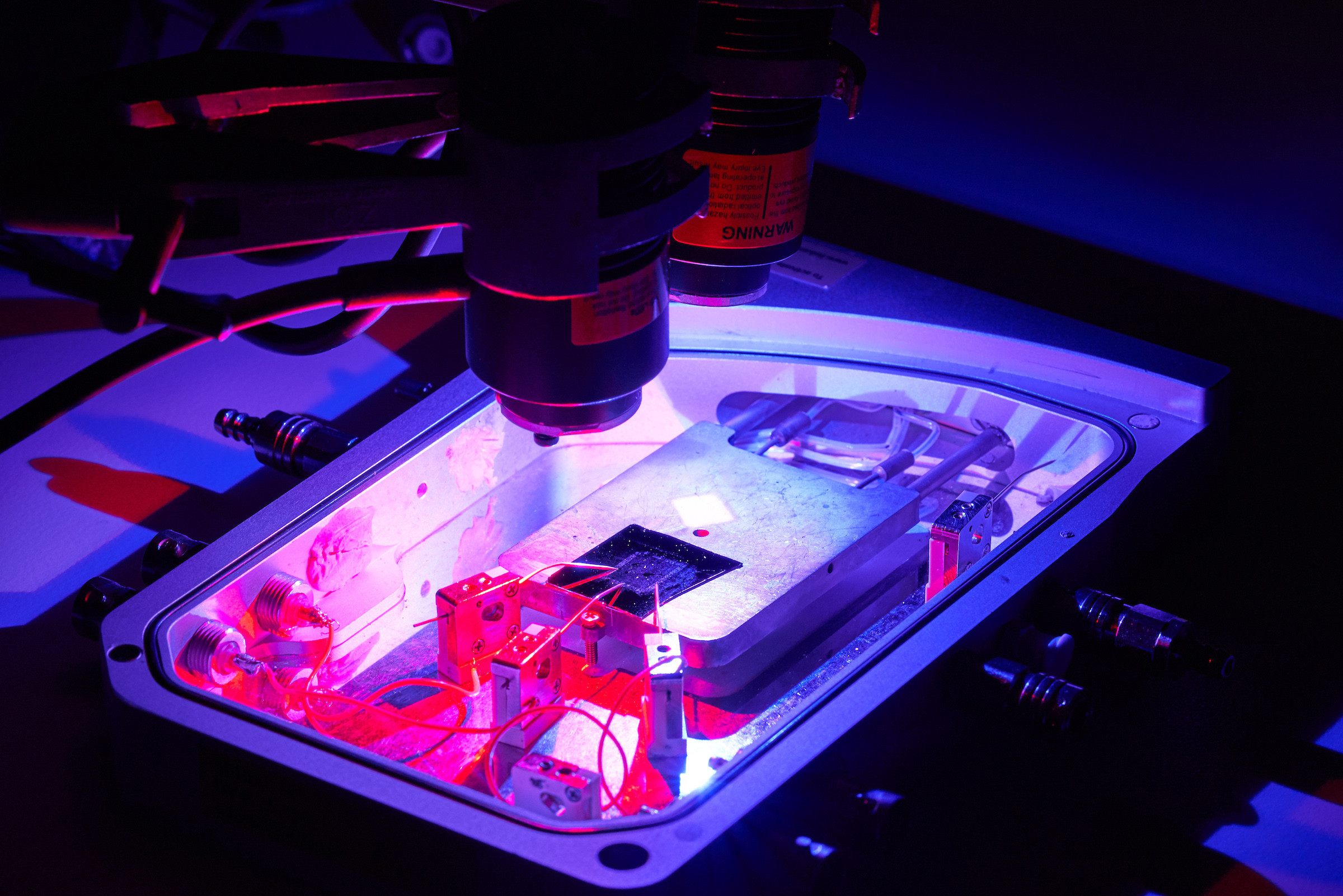 Optogenetics enables scientists to manipulate how neurons are turned on and off as they are in the human electrical system. RMIT researcher manipulate the chip by exposing it to different colors, which generate a photocurrent. By switching between colors, the current moves in either a positive or negative direction (polarity). This shift is equivalent to the binding or breaking of neural connections in the human brain, which correlates to the retention (learning) or displacement (forgetting) of information.

The chip, based on a material called black phosphorous, is, in essence, a a form of light-based computing.

“This technology creates tremendous opportunities for researchers to better understand the brain and how it’s affected by disorders that disrupt neural connections, like Alzheimer’s disease and dementia,” says Dr. Taimur Ahmed of the Functional Materials and Microsystems Research Group at RMIT.

The chip, developed at the RMIT MicroNano Research Facility, is purportedly compatible with existing electronics and has been demonstrated on a flexible platform that can be integrated with wearable systems.