How safe is your car?

Although I focus on embedded software in this blog, an understanding of how such sensors are organized is useful.

A number of industry segments demand systems that comply with specific safety requirements. Obvious examples are mil/aero and medical and, of course, one which we bump into every day: automotive. Modern cars are stuffed with microprocessors and microcontrollers, which perform a variety of functions, which vary in their importance from convenience to safety critical. From a safety perspective, it turns out that it is all to do with sensors …

It is interesting to consider how these different types of systems are implemented. Systems in cars may be broadly divided into three categories, depending on their safety requirements:

All of these systems will have software control but rely on sensors to determine their operation. Although I focus on embedded software in this blog, an understanding of how such sensors are organized is useful. But, before I get on to looking at each kind of system, a story. Although I am a big believer in the old maxim “Don’t let the truth get in the way of a good story” (usually attributed to Mr. Clemens), this one really is true ...

Some years ago, my friend/colleague got a new car. It is not useful to identify the make/model here, as things will have changed, but suffice it to say that it was an up-market, expensive vehicle, where quality would be expected. Soon after taking delivery of the car, he was driving at some speed on the freeway, when the vehicle suddenly started to pull hard toward the middle of the road. He quickly realized that the brakes on one side of the car were being applied automatically! He got the car under control and drove it straight to the dealers who had sold it, demanding immediate attention.

A day later, they returned the car to him, admitting that they had not found a fault, but had replaced a bunch of parts and assured him that it should be fine now. It was not fine. Next time he drove at speed, the problem occurred again.

Once more, he returned the car and said that he would not accept it back until they had unambiguously identified the fault and rectified it. It took a couple of days. They discovered that the ESC sensor was faulty and triggered the system unnecessarily. This sensor is located under the driver's seat and detects rotational movement of the car; gentle braking is intended to offset that motion to avoid the car going into a spin.

My friend was not really the victim of a faulty car. It was a major design flaw, which is so elementary that the manufacturers of the car should be deeply ashamed. I will explain by describing how each of the three types of system I categorized above should work, in terms of sensors:

My friend's car's ESC system was a non-critical safety system, which had a single sensor instead of two, so it could not "fail safe."

I suggested that a critical system needs three sensors. This is acceptable in automotive and industrial systems. For mil/aero, five sensors are likely to be required. For space systems, seven is more likely. The space shuttle orbiter, for example, had seven sensor/servos controlling each flying surface, each with its own computer, which was supplied and programmed by a different contractor. Is that overkill? 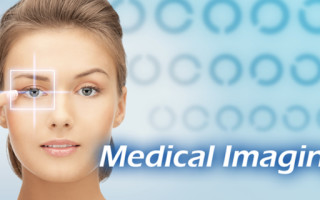