An Honest Conversation, About Jobs and Chips

In May 2021, Ola Källenius, CEO of Daimler, spoke about taking on the challenge of speeding up the transition to electric vehicles (EVs), and he said this: "We have to have an honest conversation about jobs. Everyone knows it takes more labor hours to assemble and build a combustion based powertrain compared to an electric powertrain." (1)

He is certainly right, but I wonder, and this is my inference alone, if he said this because he thinks that there will never actually be an honest conversation about how the transition from Internal Combustion Engines (ICE) to EVs will affect jobs.

Why might he think this conversation will not happen? Because the news might not be positive for workers. According to CNN, because of the transition to EVs, "IG Metall, the German union for most of that nation’s autoworkers, estimates that 75,000 German jobs building engines and transmissions will be eliminated by 2030. It is calling on the companies and government to help manage the job losses through retirements and retraining."

The same publication later reported, "The US Labor Department estimates that there were about 150,000 U.S. jobs just building engines, transmissions, and axles at US factories last year." (2)

With those large job numbers in the U.S. comes a dire warning from Motor & Equipment Manufacturers Association, Senior Vice President of Government Affairs, Ann Wilson. "If we move too quickly to an electrified fleet, we could lose 30% of supplier jobs in this country... Many of my members think it's going to be even more than that." (3)

A swift transition to EV vehicles in the EU and in the US, for example, would result in potentially catastrophic economic consequences due to job loss. Quick steps need to be taken to retrain workers and get them deployed using as much new technology as possible, and those workers will have to be willing to be retrained. The other piece of this is that jobs may be able to be saved “in country” but not necessarily in the exact same locale within a country. It is likely that an engine plant will need to remain open for some years as ICE vehicles are phasing out, and simultaneously, battery, chip, and other plants devoted to EVs will be going live. The point is, some workers are going to need to move.

I hope that all sides of the equation - OEMs, Unions, governments, and workers - can work together to save jobs and still navigate the transition process in a way that still allows value creation and profitability.

The stakeholders are considering these factors, but they know it won’t be easy. "We do have to solve for the reality that when electrification becomes 25% to 50% of our industry in the coming years, what are we going to do about the jobs?" [Ford CEO Jim] Farley said. "One of the obvious choices is going into cell production, but it's a completely different animal than the final assembly of a vehicle."  (4)

Vertical integration will be key to the success of companies that will flourish in the EV space, as companies will need control over the supply chain.

The vertical integration of the supply chain will result in new jobs in new categories, coming mainly through batteries, but also encompassing microchips and additional technologies that we haven’t fully realized yet.

During this transition to more vertical integration, workers can be retrained and redeployed. I do feel that there has been a rise in social responsibility among manufacturers regarding how workers are treated, and how they can retain and retrain workers that are willing to do the jobs that need to be done.

Companies are going to have to have a plan for:

The world is moving toward a surge in electric vehicle adoption, and this is unlikely to change. This is not only true for the U.S. or Germany, but for, I believe, the entire vehicle-driving world. It is true for all countries that have any automotive manufacturing whatsoever. We must be realistic about how our industry is changing, and I think we can all agree that we need to have an honest conversation about jobs.

I work with automotive companies to provide strategic and tactical guidance on how to generate exceptional value by executing well placed manufacturing IT investments. These investments involve using best practices and processes enabled in QAD's Rapid, Agile, and Effective solutions. We partner with storied manufacturers that have been in business for more than a century, and with startups that have not released a single production vehicle. 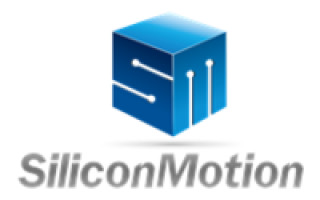 Under Threat: How SSDs in Edge Computing Applications Can Maintain High Data Security and Integrity