A pioneer of embedded microprocessor design and manufacturing, William “Bill” Mensch was a major contributor to the designs of the Motorola 6800 microprocessor (MPU); MOS Technology 6502 MPU...

A pioneer of embedded microprocessor design and manufacturing, William “Bill” Mensch was a major contributor to the designs of the Motorola 6800 microprocessor (MPU); MOS Technology 6502 MPU used by the Apple II, Commodore PET, and Atari gaming system; and Western Design Center (WDC) 65816 that served as the basis for the Ricoh 5A22 employed in the Super Nintendo Entertainment System. One of Embedded Computing Design’s 2017 Top Embedded Innovators, Mensch also helped establish the fabless semiconductor business model upon founding WDC in 1978. Here, he shares some of his exploits and his vision for the future of chip design, manufacturing, and embedded engineering.

How has the semiconductor business model changed during your time in industry?

MENSCH: There are two business models that were necessary to transform our world from manufacturing and the Industrial Age in the 1950s and 1960s to the Information Age economy we have today. I was involved with pioneering both the Intellectual Property (IP cores) business model and the “fabless” semiconductor business model used by many companies today.

Over the years these two seminal business models have been embraced and then replicated by others according to the needs of their industry.

A key to the success of my approach then and now is licensing for mutual benefit. My philosophy from the beginning has been “when my licensees succeed, we succeed!” WDC’s IP licensing today holds true to this original philosophy and is flexible and customizable to support both the application and the licensees’ best interests.

You are actively involved in higher education, but recently, embedded engineering education has targeted even younger audiences. What is required to get younger engineers excited about embedded technology?

MENSCH: My approach is to build a hardware platform that learners of all ages can use to experience and experiment with the basic electrical and electronic characteristics of things. The MENSCH Microcomputer is a prime example of a simple approach to understanding the embedded intelligence of machines, and yes, our own human bodies and minds[2].

There is a real need to understand the “machine.” The MENSCH provides a platform to engage with the machine using its own language, machine language. Then one can move to assembly language and on to C language. The C language is one example of what we call a higher language. Each level of abstraction has its own benefits.

At a very basic level, I recently introduced The MENSCH to my eight-year old granddaughter, Sophia. She learned that she could actually talk to and control a machine using its own language. When she used basic assembly language to communicate with the MENSCH, it showed it understood by showing a pattern of colored LEDs that she had defined for it to display. Then we talked about how microcontrollers (MCUs) were controlling many of the items in her home and she was successful in finding them. After talking, she came to understand that her body has its own embedded intelligence. And she was energized to understand that her body’s own embedded intelligence was what helped her be such a good soccer player – that she could “program” it to help improve her body’s responses through learning good techniques and practicing them.

Beyond the basic levels, learners can connect components to the MENSCH through the use of a solderless breadboard in order to create and bring into reality ideas unique to them. They can even begin to relate more about their senses and their connectivity with others. The machine can now help one understand more about life itself.

The MENSCH returns the machine to its rightful place: a machine controlled by humans. Understanding both worlds (the machine’s and the human’s) empowers those that want to understand both. It is the limitations of the MENSCH that attracts decision making and empowers creativity.

Arduino has its own way of handling similar topics; however, Arduino has a more distant “software” connectivity. An even more distant view is provided with the Raspberry Pi approach. The MENSCH provides a basic understanding of the machine and that which it controls, thus setting the stage for more complex system solutions.

As a wise person recently wrote me, “if proper attention to the fundamentals of semiconductor development continues to erode due to lack of focus or interest by all levels of education, it will likely cause a major issue for the support and advancements of the infrastructures that makes innovation possible.”

In light of that, how can industry do a better job of reaching younger engineers?

MENSCH: “Project-based education” requires an awareness of “inquiry-based education[3].” This new model provides a basic set of understandings that guide and inspire individual learners toward areas of study and motivates pursuits of more knowledge. There is a book titled Frames of Mind by Howard Gardner that categorizes the eight frames that our minds work within[4]. Industry and education at all levels would do well to incorporate the concepts outlined in that book.

Your patents were pivotal to the success of the Motorola 6800 microprocessor, 6502 CPU, and multiple WDC microprocessor families. Particularly as Moore’s law slows, what advice can you offer the chip designers and semiconductor manufacturers of the future?

MENSCH: I have always thought of “Moore’s Law” as more of “Moore’s Cheer.” Moore’s Law encouraged growth of the semiconductor industry by promoting continuous scaling of an integrated circuit (IC) design; and, by continuing at a doubling rate, the IC industry has thrived for many generations of manufacturing technology. Scaling has now reached a barrier due to manufacturing scales limited by the size of the atoms in two-dimensional shrinking.

The industry would do well to continue to create more density with vertical or 3D scaling. Micro SD cards are good examples (wow, don’t they pack a lot in there?). [Going] vertical cuts down the distance an electron has to travel so communications can occur faster with processing systems.

Where we are today versus 40 years ago, and what does the future hold?

MENSCH:  As one of ten recognized microprocessor pioneers by the Philadelphia Section of Electrical and Electronic Engineers (IEEE)[5], I have seen a mind-boggling transformation of the industry. My early experiences as first a semiconductor test lab technician in an advanced lab, and then as an undergraduate researcher while I studied for my electrical engineering degree, provided a fundamental knowledge of hardware engineering (though that distinction had not been defined at the time) that allowed me to think differently and apply that knowledge in ways that others could not. In 1970-71 as an undergraduate nuclear physics researcher I experienced the power of computers at the University of Arizona while simulating clean fusion nuclear energy generation. This computer simulation experience made all the difference. When I got to Motorola, I was able to apply my understanding of basic transistor characteristics to circuit simulators, making their results more accurate.

Today there is more of a focus on software engineering – the practical application of software – as opposed to electrical and electronics engineering. There is a major movement away from hardware to software, and in fact hardware is now described with software as in hardware description languages (HDLs). I would caution leaving behind the basic understandings of the physics of how a semiconductor works and how to “talk” directly to a machine in its own language.

The future is all about understanding and embedding intelligence into things. The pace of understanding the embedded intelligence of the world around us and the universe is happening rapidly. Intelligence is being created that ranges from simple controllers for consumer appliances to a “global mind,” such as IBM’s Watson. Because information is being generated at such an amazing rate, it will take a platform such as Watson to assemble the information available in a coherent way to be used in the ever-expanding information economy.

3. “The Journey to Understanding is Never Ending!” The Mensch Foundation. Accessed May 01, 2017.

5. 100th Anniversary 1903-2003: The Development of the Electrical, Electronic and Computer Industries in the Delaware Valley in the Past 100 Years, an Almanack Centennial Issue. The Philadelphia Section of the IEEE, 2003. 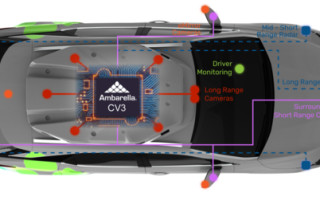