Radar technology is an excellent contender to PIR, as it offers added capabilities. PIR has certain limitations that are not desirable in the security market for which radar detection can overcome.

Home security devices are very popular these days as they provide home or office with extra security over the facilities. They are easy to install, readily available off-the-shelf, and can be purchased at reasonable prices.

Many popular home security devices utilize PIR as a movement detection sensor. PIRs have been in the market for a long time and are well-established. For many years, it has been the single choice used for motion detection in security applications.

Technological advancement has driven the size and cost down on radar sensors making them a viable choice and solution over PIR sensors.

Radar technology is an excellent contender to PIR because it offers added capabilities.  Furthermore, PIR has certain limitations that are not desirable in the security market for which radar detection can easily overcome.

Additionally, modern radar sensors have been reduced to small, high volume and inexpensive packaging, thus allowing them to be easily integrated into a wide range of security products.

Key features of radar sensor include:

With the many additional advantages and features of radar sensing, it becomes clear for application developers in the security market to implement radar technology in their next generation security products.

Socionext offers a full lineup of 24GHz & 60GHz ultra-low-power radar sensors with multiple antennas (both Tx and Rx) integrated into a single package. 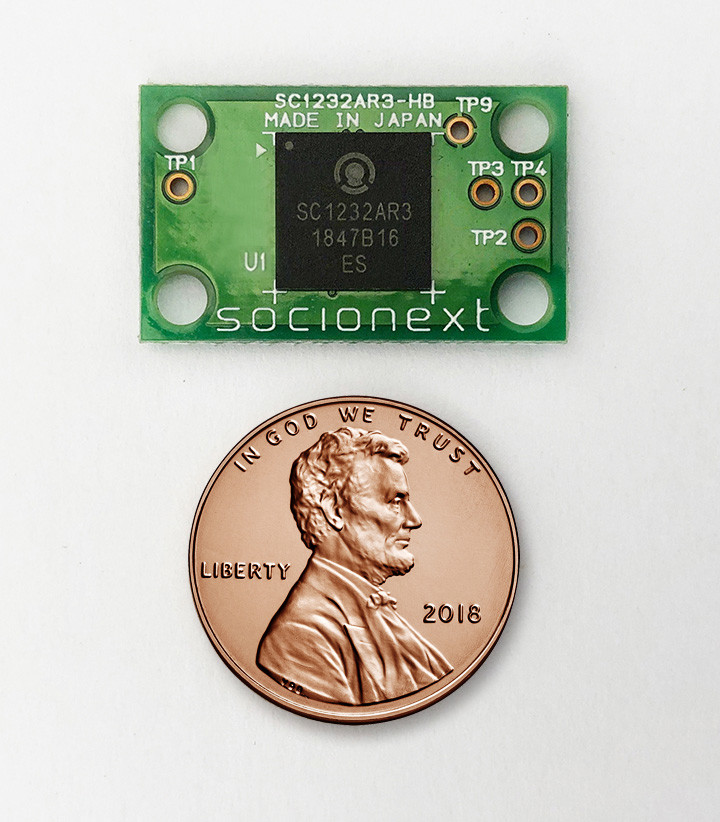