The expansion of a semiconductor contraction

The semiconductor industry is consolidating as it is expanding. This seemingly contradictory situation has an origin, but no end in sight. I've seen t...

The semiconductor industry is consolidating as it is expanding. This seemingly contradictory situation has an origin, but no end in sight.

I’ve seen this before, having founded Micrel 37 years ago and having been in the semiconductor industry for 50 years. At Micrel, we rode out many cycles, survived the dot-com imposition (our only unprofitable year), and have seen fabrications facilities (fabs) grow from a handful, mainly in Silicon Valley, to more than a thousand scattered around the world. Semiconductors went from specialized chips used primarily by the military to consumer goods to ever more powerful (yet shrinking) IT servers to putting a wireless computer into nearly every pocket.

The industry is currently contracting because it grew rapidly, with demand for chips growing, with new device types arriving weekly. But with industry standards driving specialized chips to the margins, the semiconductor industry grows in spurts. It has to endure relatively sudden changes in direction. Micrel rode the consumer products chip wave for a while, and saw many competitors disappear due to seemingly minor mistakes and sudden market changes.

This current contraction is just another cycle, though amplified by recent growth history.

Two factors – industry standards for products and shrinking silicon geometries – caused demand to skyrocket and margins to shrink. In high growth periods, especially ones with new markets, more companies come online to fulfill demand. Once industry standards and competition increases to a fever pitch, margins fall and consolidation begins. It seems impossible that consolidation is starting in this era when the consumer electronics markets – from iPhones to Nests to FitBits – are exploding. But the trend will not abate for now. Capacity is larger than even consumers and recovering economies can absorb.

Combine this natural boom/bust cycle with a global economy that has been growing very slowly over the past six years. Since so much of the semiconductor industry is now based on consumer products, and with the economy ailing, growth for all these semiconductor companies has been poor despite larger markets – the pie is being divided into very thin slices. To meet the demands of institutional and activist investors, some companies are forced to grow via acquisition, driving consolidation even faster. Between the normal cycle, massive overbuild, and economic amplifications, we have a perfect storm for industry consolidation.

Two other reasons, horribly combined, are making the current round of consolidation extreme. These are cheap money and inorganic growth.

Interest rates have been held artificially low for years in an effort to stabilize world economies. Borrowing money effectively costs nothing today. Companies interested in buying other companies have to either have a lot of treasury shares (stock they kept for themselves and not sold on the open market) to trade for shares in the acquired company, or they need a lot of cash. Normally, an acquiring company would not borrow money for M&A activities because the cost to borrow hundreds of millions of dollars or more would be ruinous. But today it is quite feasible. Cheap money paired with treasury shares can make acquisitions financially painless.

The question then is, “Why?” Solid bottom line growth comes from growing organically. But many semiconductor companies have not experienced reasonable revenue growth despite the largest and fastest growing demand in human history. Be it executive inability to navigate markets, engineering inability to conceive of new and viable products, or just plain bad luck, many semiconductor companies are not growing and their shareholders are not happy.

This causes some CEOs of semiconductor companies to launch M&A sprees, most with the same tragic results. Years ago, a CEO I knew headed a major semiconductor company. He decided he needed to get his company’s top-line revenues up to one billion dollars. Yet the industries in which his company worked were not going to grow at the pace he desired results, and he was unwilling to take the time to build the teams, technology, and market strength to grow. Instead, he launched an M&A campaign with artificial deadlines for gaining top-line revenues. This led to sloppy merging of the acquired companies, frustrated employees, falling product quality, chaotic customer support, and more. In the end the CEO never achieved his billion-dollar dream, and was sacked when the weight of the acquisitions destabilized the company.

This time around, it may be worse.

Sad as the corporate failures from irrational consolidation may be, the human toll is worse still. Real people lose their jobs when companies merge. This means real families with real hopes and dreams are cast aside. They don’t take vacations, never fund their children’s college fund, and even lose their homes. Messianic CEOs don’t much care. Nor do activist investors, or even shareholders. I see this daily as people I know and meet in the industry no longer ask about the industry, but ask me if I know where they can find a job.

The changes coming won’t stay dismal forever. Through this consolidation you will see greater divisions between design and fabrication (Micrel had the last Silicon Valley silicon plant – so expect all manufacturing to go elsewhere). Those fabs will have the mission of scale to serve a few billion consumers and the nascent Internet of Things (IoT) markets. Design will become uniquely divorced from fabrication, splitting the market risk. Design firms will survive best by innovation, and fabs through ruthless efficiency.

The question is now, “What comes next?” There will inevitably be new markets and devices that will drive a new growth spurt. The IoT is the sleeping giant, but I doubt the only one snoozing.

Raymond D. “Ray” Zinn is an inventor, entrepreneur, and the longest serving CEO of a publicly traded company in Silicon Valley. He is best known for creating and selling the first wafer stepper (an industry standard piece of semiconductor manufacturing equipment), and for co-founding semiconductor company Micrel (acquired by Microchip in 2015), which provided essential components for smartphones, consumer electronics, and enterprise networks. He served as Chief Executive Officer, Chairman of the Board of Directors, and President from Micrel’s inception in 1978 until his retirement in August 2015. Zinn’s philosophy on people, servant leadership, humanistic management, and the ethics of corporate culture are credited with Micrel’s nearly unbroken profitability. Zinn also holds over 20 patents for semiconductor design. A proud great-grandfather, he is actively retired and mentoring entrepreneurs. His new book, Tough Things First (McGraw Hill), is available at ToughThingsFirst.com, Amazon and other fine booksellers. 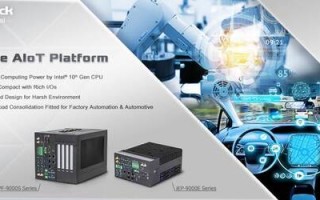