BrainChip has released the BrainChip Accelerator, an 8-lane PCIe expansion board that is capable of delivering a 6x increase in the speed and accuracy of object recognition functions in BrainChip Studio software. In tandem, the BrainChip accelerator supports 16 simultaneous video channels per card, and can be deployed in existing video surveillance systems without requiring updated power supplies or thermal management equipment. 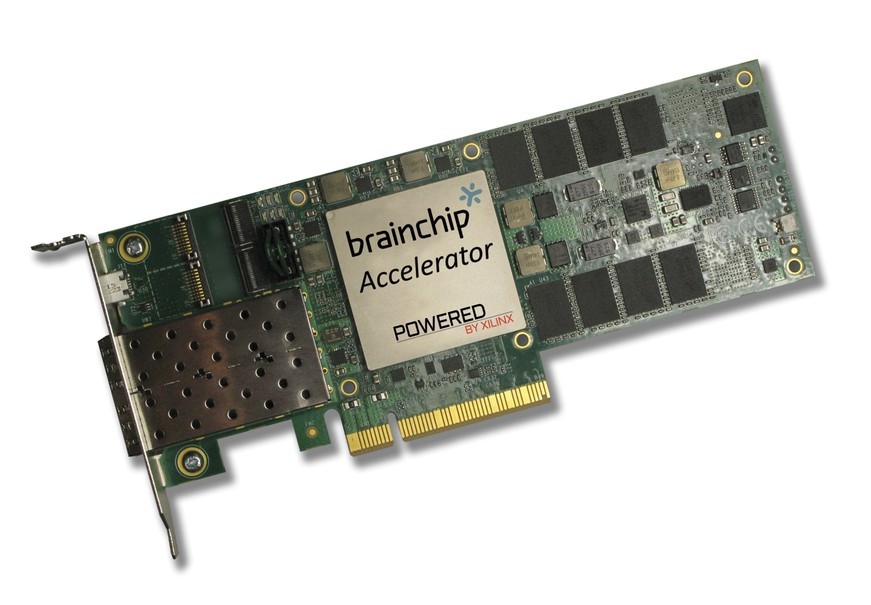 The individual cores are capable of processing up to 100 fps while consuming 1 W of power, which signifies a 7x improvement in frames/second/watt over GPU-accelerated deep learning networks like GoogleNet and AlexNet.

“BrainChip’s spiking neural network technology is unique in its ability to provide outstanding performance while avoiding the math-intensive, power-hungry, and high-cost downsides of deep learning in convolutional neural networks,” says Christoph Fritsch, senior director for the industrial, scientific, and medical business at Xilinx.

BrainChip representatives claim that the BrainChip accelerator is the first commercial implementation of a hardware-accelerated spiking neural network system.

The board is compatible with Windows or Linux platforms.

More information is available at www.brainchipinc.com/products.