Making the leap from Arduino to Raspberry Pi: Why change?

I’ve been using Arduino development boards for several years now, with great results. Whether powering a unique camera fixture or controlling simple robots, their ability to take inputs and process information works quite well in many situations. In fact, you can see my overview of the Uno, Nano, and Mega boards in the linked posts, outlining some of their advantages and disadvantages. 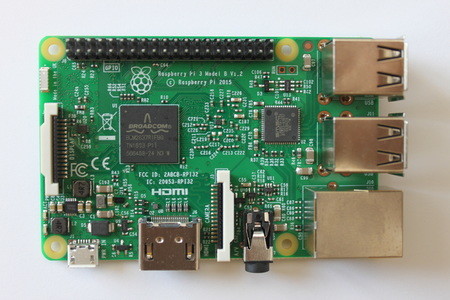 Though Arduino does make more capable development boards, you might notice that all three of these common units feature a clock speed of 16 MHz, and memory in the KB range. Again, good enough for simple robots—a class of boards that I’m sure I’ll keep using for years to come—but not anywhere near the capabilities that modern computing has to offer. In fact, due to the rapidly advancing, shrinking, and cheapening of computing power, you can now have what would have been an excellent computer in its own right a few years ago for under $40.

Yes, of course you’ve heard of the Raspberry Pi, as the original model burst onto the scene in 2012, but I, for whatever reason, haven’t explored these boards’ potential. Perhaps it’s the fact that, as an engineer and experimenter, I tend to concentrate more on what computing can do: robots, industrial automation, photography, Strandbeest walkers, etc, rather than purely what’s going on inside the box that produces the needed electrical impulses. On the other hand, as someone who likes to keep up with MakerPro technology, it was time to finally make the jump and explore these devices.

One thing that’s very basic, but perhaps not obvious when comparing the Raspberry Pi an Arduino, is that the latter is a development board, where Raspberry Pi is a single-board computers. This means that while Arduinos allow a microcontroller chip to take electrical inputs and output discreet signals like turning on an LED or serial signal, the Raspberry Pi is an actual computer—as in you can plug it into a monitor with a keyboard and mouse and do normal operations such as web surfing, gaming, or word processing.

Though the fact that you can literally have a computer for around $35 is interesting, what really sets these units apart is the fact that it’s all contained in a package roughly the size of a smartphone. Or more specifically, the Pi measures 85.6mm x 56mm x 21mm plus some overlap for the required SD card and connectors. You can see it pictured below next to an Arduino Uno and Nano for comparison. 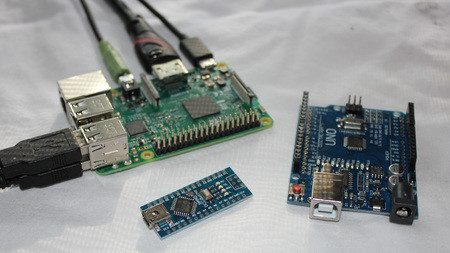 If that wasn’t impressive enough, the Raspberry Pi Zero and Zero W come in an even smaller form factor at a list price of $5 and $10 respectively. They are, however, notoriously difficult to get at this price, since supply doesn’t seem to be able to keep up with demand.

The other thing that’s really excellent is not only does the ‘Pi 3 come with four USB ports, a wired Ethernet port, and WiFi/Bluetooth capabilities, it features 40 GPIO pins, allowing you to control and take input from discreet components in a similar way to an Arduino. People have used these boards for such varied purposes as robot control, informational displays, or even to create retro arcade cabinets. Though I’ve been putting it off for a long time, I can’t wait to dig into my new single-board computer’s capabilities. Be sure to check back for my next article outlining my initial experiences!