LTE is key to the future of M2M communication

As the IoT grows and matures, numerous wireless protocols are jockeying for position in the arena of M2M communication. The most qualified one today is one you may not have expected ? LTE.

As the Internet of Things (IoT) grows and matures, numerous wireless protocols are jockeying for position in the arena of M2M communication. The most qualified one today is one you may not have expected – LTE.

Most of us know LTE as the protocol used to connect smartphones to the Internet, but its applications go far beyond smartphone connectivity. High speed LTE is also well-suited to vehicle communications, where it can enable advanced telematics or Vehicle-to-X (V2X) communication. Its high data rates, low latency, and ability to work well even while moving at high speeds makes it an ideal protocol for connecting cars and vehicles.

But LTE is not just about speed. New, lower power and low data rate versions of LTE are well-suited to IoT applications because they provide affordable, long-range connectivity while consuming little power.

LTE for the connected car

While LTE is mostly used in phones today, soon it may be the primary technology millions of cars use to connect to the cloud – and each other. We think of LTE as a smartphone technology, but the high speeds and low latencies of LTE make it extremely well-suited to automotive and vehicle applications. In addition to being fast, LTE has excellent long-range cell tower hand-off performance and the ability to function while moving at high speeds.

The applications of LTE in the automotive environment are varied and include Wi-Fi hotspots, advanced infotainment and navigation, telematics, and V2X communication. These applications need not be mutually exclusive, as the bandwidth of the latest generation of LTE modules is enough to support multiple use cases simultaneously.

Wi-Fi hotspots are one of the most obvious, most effective applications of LTE cellular technology for automotive. LTE provides speeds equivalent to modern wired broadband connections. This amount of bandwidth allows multiple users and applications to share a connection with minimal performance impact. Multiple video streams can be viewed simultaneously, and all this can happen without impacting other connected applications.

Automobile hotspots have advantages in connection stability and signal reception compared to hotspots generated by smartphones. LTE modules in cars can take advantage of much larger external antennas, and power consumption isn’t limited by small cellphone batteries. This allows for reception even in parking garages and other challenging environments.

LTE provides enough bandwidth for advanced infotainment and navigation services. Real-time street imagery or video can be streamed to aid navigation. Video conferencing will be possible for passengers or when the vehicle is parked. High-resolution satellite imagery and map information can be downloaded on the fly.

Telematics is another area which benefits heavily from LTE connectivity. The cellular connection allows detailed real-time vehicle location and diagnostic information to be uploaded to the cloud. This kind of information can benefit both consumer and commercial use cases.

Consumers benefit from knowing the location and status of their vehicle. Parents, for instance, may want to know the location of the family car and its diagnostics information. Live feeds from in-car or dash-mounted cameras can also be invaluable for communication or guidance, and also for emergency personnel responding to an accident.

LTE will be soon able to improve ADAS systems with the coming introduction of LTE for V2X communication. Planned for Release 14 of the 3GPP standard, LTE for V2X is designed to let vehicles communicate with other vehicles and the world around them. This information can be used to prevent accidents, improve traffic flow, and gather useful information to make journeys safer, faster, and more efficient.

Whereas LTE communication is normally from end-user devices to a base station, V2X communication will add a device-to-device direct communication mode. By allowing communications between devices directly, ultra-low latencies can be possible for vehicle-to-vehicle (V2V) communication. This will allow split-second communications to happen for collision avoidance or hazard warnings that happen too fast to be reacted to by a normal human driver.

V2V communications can be invaluable for avoiding accidents at blind intersections, road hazards around the bend, and other dangerous situations where visibility is obstructed. It can also improve traffic flow by coordinating vehicle movement speeds, provide context-aware information such as roadworks warnings, and traffic light timings.

LTE for connecting the IoT

While high speed LTE makes sense for the connected car, there are many other IoT use cases where the bandwidth of high speed LTE is unnecessary and would be cost prohibitive, but the ease of use and reliable performance of in-place cellular infrastructure is invaluable. For this reason, many IoT deployments today, from smart grids to asset trackers and security, still rely on 3G or even 2G cellular connectivity.

These legacy technologies provide the convenience of cellular technology and are fast enough for medium and low bandwidth applications. However, network longevity is a key challenge. Industrial product life cycles are much longer than consumer devices. Once deployed, an industrial device may be expected to work for 5 years, 10 years, or more. But as network operators complete the transition to LTE, 2G and 3G networks are being retired around the world. Devices made today can no longer depend on the support of legacy cellular technology in the long term. 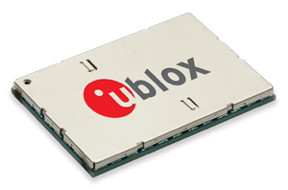 With performance of 10 Mbps down/5 Mbps up, LTE Cat 1 meets the needs of medium to low bandwidth applications. It offers reliable levels of cellular connectivity with network longevity, and affordable hardware, as modules cost significantly less than the faster LTE Cat 4+ modules used in smartphones. In addition to lower costs, LTE Cat 1 also uses significantly less power than Cat 4+, which is critically important for battery-powered IoT devices.

Cat 1 LTE is suitable for industrial applications ranging from surveillance video feeds to alarm systems, telematics, ATMs, and more. Hardware costs are low enough that it can be deployed either for gateway connectivity or at the per-device level.

Network providers are seeing the potential of Cat 1 technology for IoT applications and most major network operators have deployed it around the world. 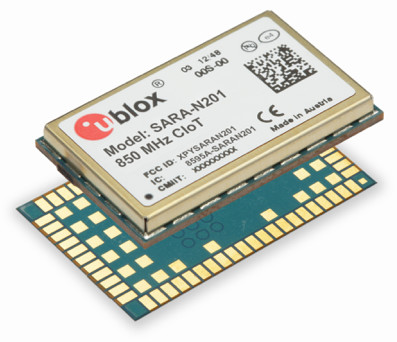 The low data rate protocol is extremely energy efficient, making battery lives of 10 years or more possible. Performance is only 27.2 kbps down and 62.5 kbps up, but for many IoT sensing and measuring devices, these metrics are more than enough.

In addition, the narrowband nature of the technology along with a sub-gigahertz frequency band deployment allows for great signal penetration. This makes NB-IoT a perfect protocol for smart metering, security systems, and other applications which often require devices to be in recessed, indoor, or underground locations where traditional radio technologies have trouble reaching.

NB-IoT is currently being adopted by operators such as Vodafone, T-Mobile, China Telecom, LGU+, KT, Softbank, and many more.

While NB-IoT is in theory a perfect protocol for many IoT sensor applications, there are some barriers to adoption. While certain carriers already have base stations that support it, other carriers need to upgrade their base station hardware to support it. However, there is another air interface that has some features NB-IoT lacks and has been adopted by a different set of network operators.

Enter LTE Cat M1. This protocol exists at a bandwidth level between Cat 1 and NB-IoT. Instead of tens of kilobits, Cat M1 supports up to 375 kbps either way in half-duplex mode. Like NB-IoT, it also has strong penetration and very good range.

Besides bandwidth, Cat M1 also is suitable for mobile applications as it is able to hand off between cell-towers from a moving vehicle without dropping the connection -- something NB-IoT is not capable of. Additionally, Cat M1 can support voice functions, making it well-suited for applications such as alarm or emergency response systems.

Because Cat M1 and NB-IoT network coverage tends to vary depending on geography, another option for device designers today is to support both. Multi-mode modules like the u-blox SARA-R4 support both Cat M1 and NB-IoT, making it easy to design one device that works worldwide.

Not just for smartphones

At the same time, new, low-speed categories of LTE expand its reach and its capabilities. Category 1, Cat M1 and NB-IoT allow LTE to serve low power and low data rate applications with the reliability of cellular connectivity, well into the future.

Stefano Moioli is the Director of Product Management Cellular at u-blox.