Here's how to build multiples of your design

As a MakerPro, you likely sometimes produce things for your own use or entertainment. However, you usually have ideas that are good enough to share wi...

As a MakerPro, you likely sometimes produce things for your own use or entertainment. However, you usually have ideas that are good enough to share with the world (at least in your opinion). Repeatedly producing something yourself by hand usually loses its appeal after a while, and will eventually start to seem like actual work. To avoid this, enlist robotic helpers in the form of a laser cutter, 3D-printer, or CNC router.

Some tools work better than others depending on your job, and sometimes it’s worth simply contracting someone else to build it. With the methods I’ve outlined here, you can produce multiples of your design for your favorite online retailer or in-person event in no time. 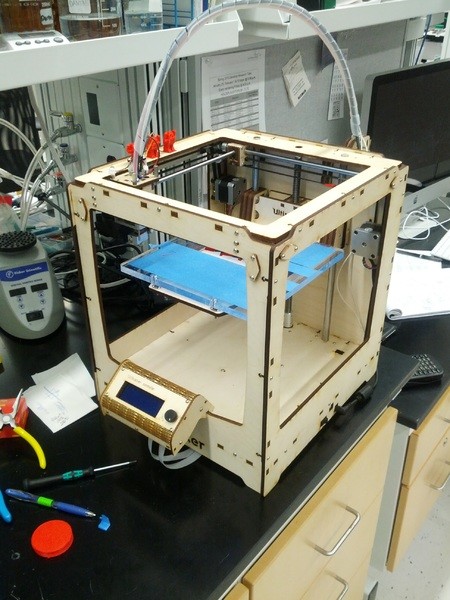 3D-printers, what introduced many people to the “MakerPro Movement,” have some excellent advantages, as well as a few drawbacks. Probably the best feature of these machines is that they can print out nearly anything you can think of or draw. The disadvantages of consumer models, however, include that they can’t print in metal, they use spools of plastic material that you need to buy, they take a long time to print compared to many other methods, and they generally have a small work area. There are work-arounds to many of these problems, but before you buy a 3D-printer to make your next set of robots, consider the time required, the material costs, and the other available options. 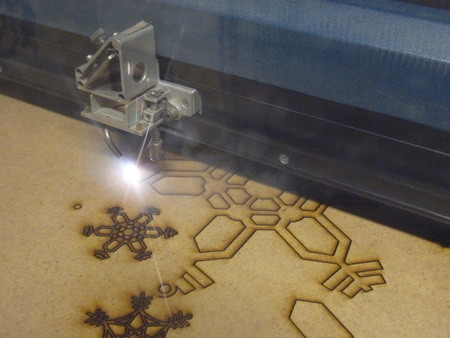 Though still quite expensive if you want a high-quality unit, laser cutters are amazing tools for doing what they do best, cutting relatively thin materials at a relatively high speed. If you want to cut wood or even paper, once your drawing is set up, you can hopefully just insert your material and press a button to produce your part.

The disadvantages of laser cutters include that they really only work with flat materials, and objects can catch fire if you’re not careful. Also, cutting some materials, like PVC, can produce poisonous gases. Even when proper materials are used, the smoke from cuts needs to be pushed outside with a ventilation system.

If you want to cut something out of wood thicker than ¼-in. or so, a CNC router may be your best choice. Generally set up to cut in a square pattern, smaller machines can only handle blocks of material less than 1 ft.2, though some are big enough to accommodate a 4- by 8-ft. sheet of plywood in one setup. Additionally, they don’t have to cut all the way through your material, so, unlike a laser, you can produce blind holes as needed.

Depending on your unit, a big disadvantage versus a laser cutter is that the speed is slower, at least on small hobby-level machines. Also, unlike a laser, you have to “fixture” your workpiece, locking it down so the router won’t move it around and ruin your cut. Also, you’ll need a way to suck chips up, though the fumes are generally less of a problem than with a laser cutter.

Lastly, and one that’s often neglected by MakerPros, is the fact that you can send your stuff to an outside shop. Local machine shops can sometimes help, though they can be sparse in some areas. Online vendors such as eMachineShop, and shapeways are also options. This “send it out” option can even extend quite well to circuit-board production, as I discussed in my last blog about producing your own printed circuit boards for projects.