Another set of System-on-Chip verification methods relies on the execution of actual software on hardware using proven silicon, virtual prototypes of new and untested (and maybe not yet available) silicon, and FPGA prototypes. Sometimes all three methods are used, as we see in this perspective.

By best estimates, the software development effort behind 90 nm chip designs has already surpassed the hardware development effort. The projection for 2011 is that less than 40 percent of the overall chip development cost will be spent on hardware. Software now dominates project cycles and determines when a chip can get into volume production. As a result, the importance of software verification has increased, and software has taken on an integral role in the hardware verification process.

Bringing hardware and software together

Virtual prototypes offer the earliest solution in the design cycle because they can be implemented as soon as the architecture has been determined. These prototypes are pre-Register Transfer Level (RTL), register-accurate, and fully functional software models of the System-on-Chip (SoC), board, I/O, and user interfaces. They execute unmodified production code and run close to real time with external interfaces like USB as virtual I/O.

Because virtual prototypes are fundamentally software, they provide high system visibility and control, including multicore debug. They can also serve as a vehicle for collaboration between semiconductor and system houses. Since the standardization of the Open SystemC Initiative Transaction Level Model (TLM) 2.0 APIs, SystemC has become the suitable infrastructure to develop fast virtual prototypes using interoperable transaction-level models.

After the RTL is complete and has reached a stable state using functional verification techniques, FPGA prototypes can be used. The prototypes are a pre-silicon, fully functional hardware representation of the SoC, board, and I/O implementing unmodified ASIC RTL code. Optimally implemented, they can run at almost real time with external interfaces and stimulus connected, and provide, in conjunction with RTL simulation, higher system visibility and control than the actual silicon. FPGA prototypes offer significantly higher-speed levels than traditional hardware/software coverification, which combines RTL simulation with cycle-accurate processor models.

Depending on the required accuracy, speed, and desired time of availability, different technologies offer the most appropriate solution for software development and software-driven hardware verification. Hybrid offerings often allow designers to capitalize on the advantages of several offerings. For example, RTL simulation can be augmented with fast transaction-level models of processors and peripherals to increase simulation speed and verification coverage. Alternatively, virtual prototypes and FPGA prototypes that handle design problems in hybrid use modes, which combine software- and hardware-based execution, provide better solutions than the individual offerings.

To get a better grasp on the problem, Synopsys and International Business Strategies analyzed the project efforts and elapsed time of 12 projects that included complex hardware and software. Figure 1 shows an example of the 12 projects analyzed. The upper portion shows the timeline of the different development phases; the bottom portion shows the percentage of overall project effort for each of these phases.

If a virtual prototype is made available early in the SoC design cycle for software development, it can evolve to meet different needs. Three main use models of software-driven verification utilize the integration of virtual prototypes with signal-level simulation at the RTL:

1.  When an RTL block becomes available, it can replace its TLM in the virtual prototype. Software can then be verified on this version of the prototype as a way to validate both hardware and software. Knowing that real system scenarios are used increases verification confidence. Furthermore, given that as much of the system as possible is simulated at the transaction level, simulation for verification is faster.

Even when a virtual prototype is not available at the beginning of a project, the virtualization of hardware components can help incrementally increase verification efficiency starting from an RTL verification environment.

Replacing the RTL representation of on-chip processors in the system with virtual processor models at the transaction level can significantly increase simulation speed, which in turn shortens verification turnaround time. In several customer examples, replacing a single processor model boosted simulation speed up to 32x.

For incorporating software drivers in functional RTL verification to execute real product test cases, only the appropriate subsystem needs to be modeled and connected to RTL simulation. This can be as easy as adding a transaction-level processor model from a library, connecting it via a simple bus model to the TLM of the peripheral under verification, and connecting that to RTL, as shown in Figure 2.

To further boost verification efficiency by increasing simulation speed and the execution of the embedded software in the system, hardware prototypes can be used. Given that virtual prototypes and hardware prototypes are available at fundamentally different stages of a project, hybrid prototypes provide a viable solution that lets developers capitalize on the advantages of both worlds.

A principal diagram of a hybrid TLM and hardware prototype is illustrated in Figure 3. Several hybrid use models combine the advantages of virtual prototypes and FPGA prototypes, including reuse of the actual RTL instead of remodeling and accelerating overall execution of hardware and software together.

Hybrids of virtual prototypes and FPGA prototypes as well as hybrids of RTL simulation and transaction-level models allow developers to capitalize on the combined advantages of the individual solutions. The immediate effect on verification efficiency largely stems from faster execution of simulations, which in turn enables faster verification turnaround. 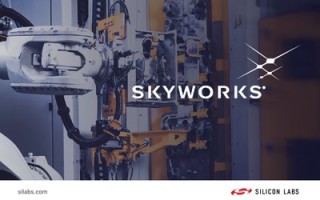