The high start-up costs associated with fabricating SiC wafers and the high cost of finished devices (as much as 5-10x more than silicon) means many companies are still cautious about the SiC market.

During the last decade, commercial silicon carbide (SiC) power semiconductors have been increasingly coming into their own. However, the high start-up costs associated with fabricating SiC wafers and the high cost of finished devices (as much as five to ten times more than silicon power devices) means many companies are still cautious about entering the SiC marketplace.  This is not surprising.

As with any new semiconductor technology, as the technology progresses from early stage to mainstream adoption, manufacturers must create solutions that can reliably produce high-yield wafers at high volumes to achieve affordability. In fact, visitors to APEC 2018 saw that multiple manufacturers and early-stage adopters are working to cross that chasm from prototype to reliable, affordable production.

A variety of remedies have been proposed to achieve high-volume, high-yield production of SiC power devices, including the use of standardized design and manufacturing processes as part of an open standard for the SiC industry. Monolith Semiconductor and Littelfuse, Inc., in cooperation with X-FAB Texas, have taken a very different approach that promises to make SiC a mainstream technology for affordable devices that serve a broad array of power conversion applications.

A new approach to SiC fabrication

With the support of the PowerAmerica Institute, the collaboration is accelerating the commercialization of SiC power devices by leveraging the economies of scale, automotive quality standards, and equipment set that X-FAB uses for its silicon wafer fabrication line into its own open silicon carbide foundry model. In addition to operating a high-volume silicon foundry in Texas, X-FAB currently fabricates wafers for 10 different SiC companies in the same facility, each with its unique set of device designs and process sequences. By consolidating the resources necessary and the demand from both silicon and silicon carbide customers, X-FAB can produce six-inch SiC wafers at the same rate as some of the world’s leading integrated device manufacturers that operate captive fabs.

Unlike integrated circuits, which often have hundreds of thousands of transistors, devices like power MOSFETs are relatively simple. Therefore, the ability to differentiate similar products through the use of processes optimized for specific device characteristics is essential.

X-FAB’s philosophy is that a silicon carbide provider should be able to offer the market power devices that are differentiated by both process and design. This is in sharp contrast with silicon wafer fabrication, where X-FAB customers have a unique device design but employ a highly standardized technology. However, in SiC wafer production, using “one-size-fits-all” process sequences makes it impossible to optimize a device’s performance for a specific market or application. Although following a standardized process sequence might shorten development time, it comes with significant trade-offs regarding device size (requiring additional expensive SiC wafer “real estate”), performance, and, in some cases, reliability. Any time and money savings gained by using standardized process technology are likely offset by the increased cost of the device because it takes up more space on the wafer.

Monolith’s unique process architecture combines proprietary process steps that offer a performance advantage for the finished device with standard (non-differentiated) process blocks. These standard process blocks make it possible to leverage the economies of scale afforded by a consolidated fabrication platform. X-FAB offers all of its SiC wafer customers the tools they need to optimize both technology and process development and to keep those developments proprietary.

Managers at Monolith and X-FAB in Texas began discussing the novel concept of integrating a silicon carbide foundry line with an existing six-inch automotive-qualified silicon wafer line back in 2013. The nature of SiC as a material makes it fundamentally compatible with most CMOS fab processes; in fact, more than 90 percent of SiC device processes are compatible with processes already used in silicon CMOS fabs. Whenever possible, standard CMOS process steps such as implantation masks and top-level interconnects were reused for SiC wafers.

One of the main differences between Si and SiC is the high-temperature processing that SiC wafers require for steps such as gate oxidation and metallization, so X-FAB repurposed CMOS production tools like high-temperature furnaces and Rapid Thermal Processing ovens for these functions. Significant work was also required to make metal and dielectric stacks used in the SiC MOSFET compatible with a conventional CMOS fab. Dedicated tools for implant activation and certain ion implantation steps were also installed.

SiC wafers are thinner than Si wafers and are also semi-transparent, which requires modifying wafer handling methods. For example, sensors set up for use with opaque silicon wafers can’t respond correctly to SiC wafers during loading/unloading, causing wafer breakage. Despite these challenges, integrating the process flows for both silicon and SiC wafers and running them in parallel has provided enormous economies of scale.

X-FAB and Monolith and Littelfuse

Monolith Semiconductor and Littelfuse formed a strategic partnership in December 2015 to accelerate the development of silicon carbide technology and bring more affordable SiC devices to market. Both Littelfuse and Monolith are committed to building the long-term value of the partnership and making SiC a mainstream technology by enhancing its performance, availability, affordability, and reliability. The different relative sizes of Littelfuse and Monolith make it possible to bring unique strengths to the power semiconductor market.  Monolith brings expertise in SiC design and innovation. Littelfuse brings its reputation for customer service, access to a global customer base, manufacturing, and supply chain core competency. Through working with X-FAB, Monolith and Littelfuse get the benefit of leveraging the automotive quality standards with which all the devices produced at X-FAB Texas must comply.

As of 2018, all the SiC Schottky diodes and MOSFETs that X-FAB produces for Monolith (and by extension, Littelfuse) have moved from prototype to production. This transition puts Littelfuse in a unique position to address customers’ problems with SiC devices optimized for their specific application needs. With X-FAB producing these SiC wafers, Littelfuse can offer higher quality devices with market-leading performance, reliability, and availability at a cost that’s competitive with the major SiC device suppliers with captive foundries. 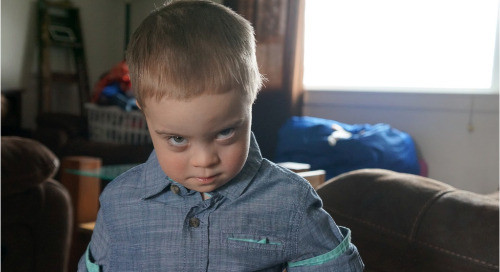 Buy or build your IoT infrastructure?

Here's how to evaluate whether the project will be worth the effort put in to building an IoT infrastructu...