For the Professional Maker: Raspberry Pi Zero and Zero W: Linux computing in an even smaller package

What would you do with a Raspberry Pi Zero or Zero W?

When the original Raspberry Pi (Rpi) became available in 2012, it was amazing that a Linux computer could fit in the palm of your hand for the low, low price of $35. On the other hand, if you’re a student without a real job, for which these boards were in part intended, $35 can still be a lot of money. To bring this cost down even further, the RPi team announced the RPi Zero in late 2015, which is available for $5, and even came as a “gift” on the cover of that December’s MagPi magazine.

Along with this low price tag, the device has been shrunk from the Rpi’s footprint of 85.6 mm x 56 mm to a diminutive 65 mm x 30 mm – under half of the Pi’s surface area. Since it forgoes many of the normal Rpi’s connectors, it’s much slimmer as well, measuring 5.4 mm high, versus the original Pi’s 21 mm.

Of course, there are a few drawbacks to this system. The wired Ethernet port is gone, as are full-sized USB ports, and if you want pin headers, you’ll have to attach them yourself. Also, performance, at least compared to the latest RPi 3 model’s 1.2 GHz quad core CPU and 1 GB RAM, lags behind with a 1 GHz single core chip and 512 MB. Additionally, along with this incredibly low price, these boards were initially very hard to find at this price point. 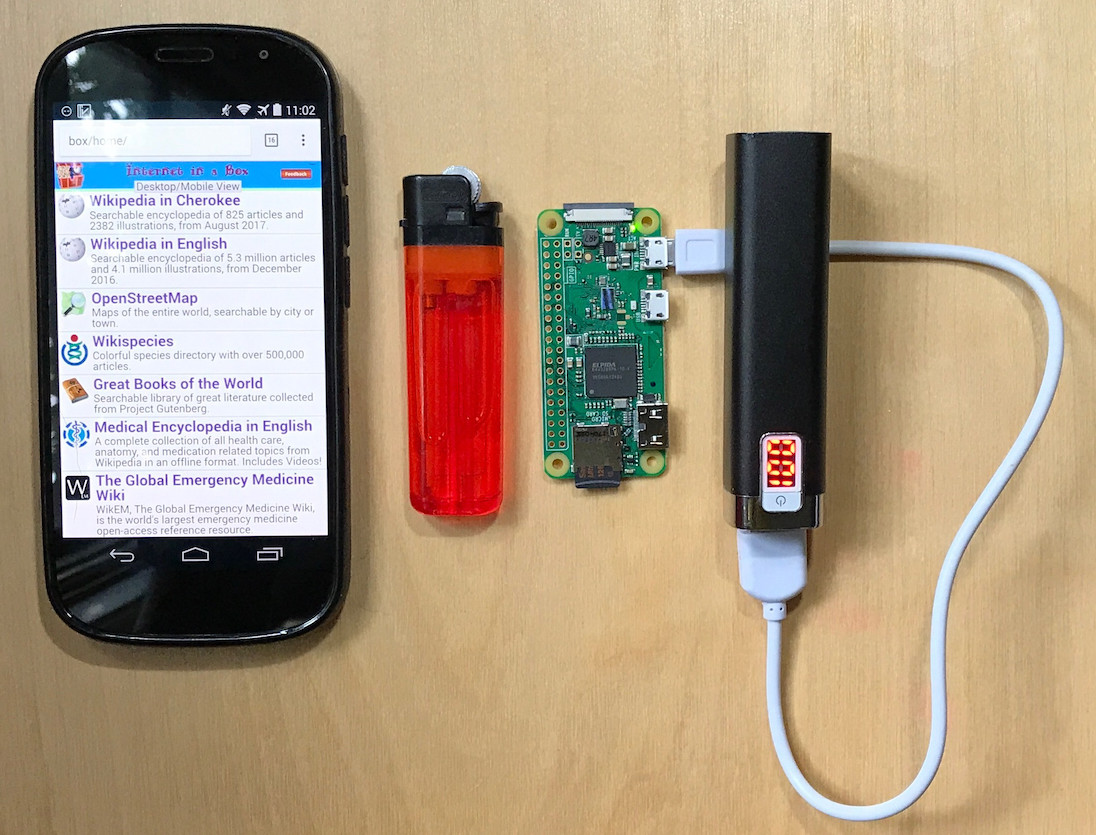 Another disadvantage of the Zero is compared to the RPi 3, is that it doesn’t have Wi-Fi built-in, or even wired capabilities. You could hack something together, or use a Wi-Fi dongle. However, if you procrastinated on getting one until early 2017, a new version, the Raspberry Pi Zero W, became “available for $10,” which included Wi-Fi connectivity out of the box. Though like the $5 Zero before it, these were initially difficult to find, as of this writing, both the Pi Zero and Pi Zero W can be found from multiple retailers at this advertised price. You will, however, need to supply a Micro SD card and power adapter, as with other boards in the RPi family.

This is all interesting, but what would you actually do with a RPi Zero or Zero W? One great use is as the brains of telepresence robot, as seen here. The robot takes input from an onboard camera, and creates a local website to allow it to be controlled via a smartphone or other connected device. Since it creates its own Wi-Fi access point, you don’t even need a wireless router to navigate virtually!

Another idea is to use one as a custom gaming rig. RPi computers have long been used as the heart of emulation setups, but the Pi Zero, much smaller than the Pi’s already small form factor, can take this to an entirely new level. Gamers have actually used these to stuff an entire system, along with a USB hub, into Nintendo cartridges. According to this how-to writeup, seen on Raspberry Pi’s blog, you can put thousands of games inside of a former cartridge, which, legality aside, is an amazing testament as to just how far computing power has come in a little over 30 years!