For the Professional Maker: Raspberry Pi 3 B+ boosts the Pi 3?s processing and communication capabilities

This year, the Raspberry Pi Foundation has stepped its game up with the Pi Model B+.

Two years ago, Raspberry Pi launched the Pi 3 Model B. While its enhanced processing specs were a big improvement over the Pi 2, what really set it apart was its addition of built-in Wi-Fi and Bluetooth capabilities. This year, on March 14th, which you might call Pi Day, the Raspberry Pi Foundation has again stepped its game up with the Pi Model B+.

This new board, as announced on Element14, features a 1.4 GHz quad-core processor running at 1.4 GHz, giving it a speed improvement of over 15% compared to the standard B. It also features dual-band wireless LAN, Bluetooth 4.2 capability, and wired Ethernet speeds of up to 300 Mbps. The additional networking capabilities will certainly be welcome to those using the Pi for intensive data collection uses. Increased speed will open up possibilities too, such as enhanced vision sensor processing, or even the ability to better handle video and gaming applications.

Improved thermal management is also listed as a feature of this board, which would have to be important given the boosted clock speed. It’s a safe assumption that some are going to take full advantage of this new power, and even overclock the board, pushing it to its thermal limits.

While one might call the jump from the B to B+ more iterative than revolutionary (as was adding Wi-Fi to the Pi 3), this isn’t necessarily a bad thing, and would almost be expected as it is still known as a “3.” Still present is it’s 40-pin GPIO header, so if you have any particular hardware attached on top (HATs) that you enjoy using, there shouldn’t be any compatibility problems. Also, the camera CSI camera port for the RPi camera, as well as the DSI display port for connecting an RPi touchscreeen are still present. Finally, the full-sized HDMI port, four USB ports, and a wired Ethernet Connector are all still around. The Ethernet connection does have a new trick up its sleve, it that it has of power-over-ethernet (PoE) support with the proper HAT. This means that you can just plug in your Ethernet cable (with the proper equipment on the other side) and you’re good to go power-wise 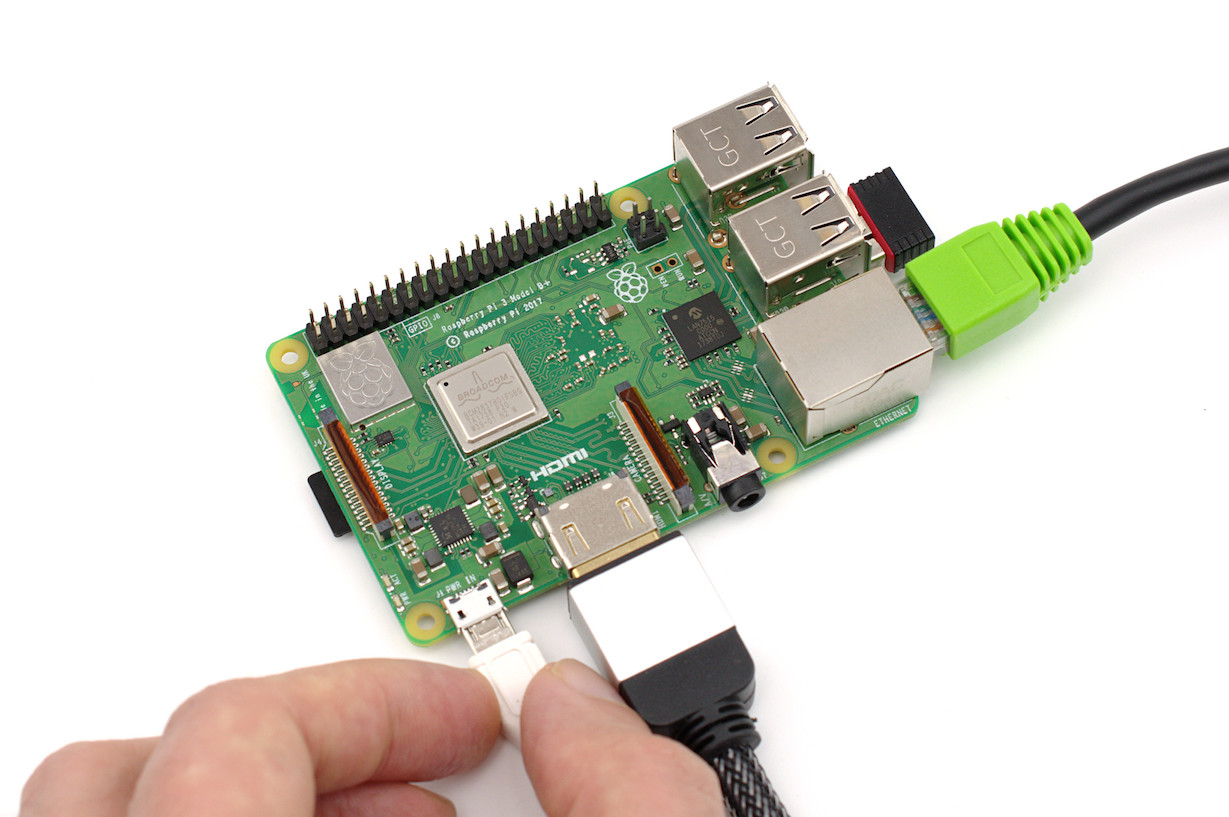 As is tradition, these improved boards are still available for $35 each, but as also seems to be tradition, they are difficult to find as of this writing. Still, the normal Pi 3 is a pretty great piece of hardware, so perhaps you’ll have to settle for what was an incredible bargain at the beginning of 2018. Or if you don’t need all of that processing power, the Pi Zero and Pi Zero W are, for their size and price point, are great options.

As with the original RPi, and those that have come after, I’m sure we’ll see some amazing builds come out of this mighty little board. Perhaps that 15% boost in speed or better communication capabilities will be just what you need to push your project from the realm of “probably not” to working prototype!