At BeagleBoard's 6th birthday, and around BeagleBone Black's 1st birthday we take a look back at what the platform has achieved and where the foundati...

In BeagleBoard's sixth year, the maker community has a lot more tricks to work with. Since its release last year, BeagleBone Black has been widely adopted by the DIY community and subsequently thrived in a number of applications. With a Texas Instruments Sitara AM335x 1 GHz processor, 512 MB of onboard DDR3 RAM, and a variety of connectivity features, the BeagleBone Black is ready for whatever makers can throw at it.

BeagleBoard.org Co-founder and Board Member Jason Kridner cited the built-in IDE, user-friendly Debian Linux, better USB Wi-Fi dongles, JavaScript projects including Node-RED and cylon.js, and built-in Programmable Real-time Units (PRUs) as some of the most notable advancements for the BeagleBoard platforms over the last year.

The area that really took off in the BeagleBone Black community were PRU-related applications that can sense and manipulate the physical world. PRUs provide dedicated real-time performance for creating interfaces to new devices that may not have standard interfaces like SPI or I2C, Kridner says.

PRUs are dual 32-bit RISC processors for manipulating memory-mapped data structures and implementing features with tight real-time constraints, according to TI. They have their own data RAM and instruction RAM, an interrupt controller to handle inputs, and a Switched Central Resource (SCR) for connecting internal and external masters to resources inside the PRU subsystem. The BeagleBone Black has two PRUs onboard that can work independently, together, or with the host CPUs, depending on what is specified by the program loading onto the PRU instruction memory. They allow for extended connectivity and peripheral capability, reduced system power consumption and accelerated performance. As the wide world of the Internet of Things (IoT) and connected devices become popular application areas for the BeagleBone Black, PRUs' ability to interface with a variety of sensors make them useful, and their low-power design is ideal for mobile applications. (See a PRU tutorial for the BeagleBone Black: opsy.st/pru_tutoral).

"Not only do you not need to go out and add an external microcontroller (MCU) [to the BeagleBone Black]," Kridner says, "these PRU MCUs are faster and more capable than typical MCUs with the ability to access pins in a single cycle at 200 MHz and the ability to access all of the memory and peripherals of the ARM Cortex-A8 system."

The proliferation of PRU-related projects and applications is a community-driven advancement to the BeagleBoard Black; so far, TI has not provided a lot of support in this area.

"While there is more PRU support coming from TI, I think the success of the community working largely on its own has been a big part of motivating [TI to provide] more support for these remarkably flexible peripherals," Kridner says. "The PRU projects are coming and they are impressive."

The community can look forward to more juicy features to sink their teeth into, with BeagleBoard.org continuing to add more functionality to the BeagleBone Black.

"The BeagleBone Black community can expect to see more support in mainline Linux, more PRU support, a simplified Pin Mux Utility to help handle all the functions available for each pin, and support for more peripherals in high-level languages such as Python and JavaScript, as well as potential new capabilities," Kridner says. "Though nothing has been promised yet, updates to the higher-end BeagleBoard and BeagleBoard-xM, or an even more minimal BeagleBone than the Black, are things BeagleBoard.org is thinking about." 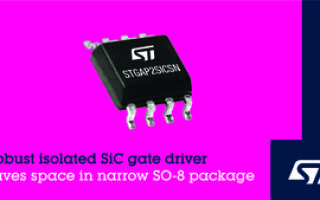 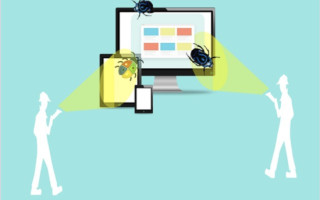