Traffic optimization is achieved using IoT platforms for efficient utilization of allocating varying times to all traffic signals according to the amount of vehicles on the road.

The purpose of this paper is to propose a smart traffic management system using the Internet of Things and a decentralized approach to optimize traffic on the roads and intelligent algorithms to manage all traffic situations more accurately. This proposed system is overcoming the flaws of previous traffic management systems. The system takes traffic density as input from cameras, which is abstracted from a Digital Image Processing technique and sensors data, resulting in output as signals management. An algorithm is used to predict traffic density to minimize traffic congestion. Besides this, RFIDs are also used to prioritize the emergency vehicles like ambulances, fire brigades, etc. by implementing RFID tags in such vehicles. In the case of emergency situations, such as an explosion or burning of something, fire and smoke sensors are also deployed on the road to detect such situations.

Moreover, a mobile application is connected to a centralized server, which communicates to the nearby rescue department about a fire explosion with the location to take further action. In addition, the native user can ask about future traffic conditions at the node. The proposed system is validated by constructing a prototype and deploying it in the city of Pakistan. A web application is also there to provide useful information in graphical formats to the higher authorities of the smart city, which is fruitful in future road planning. 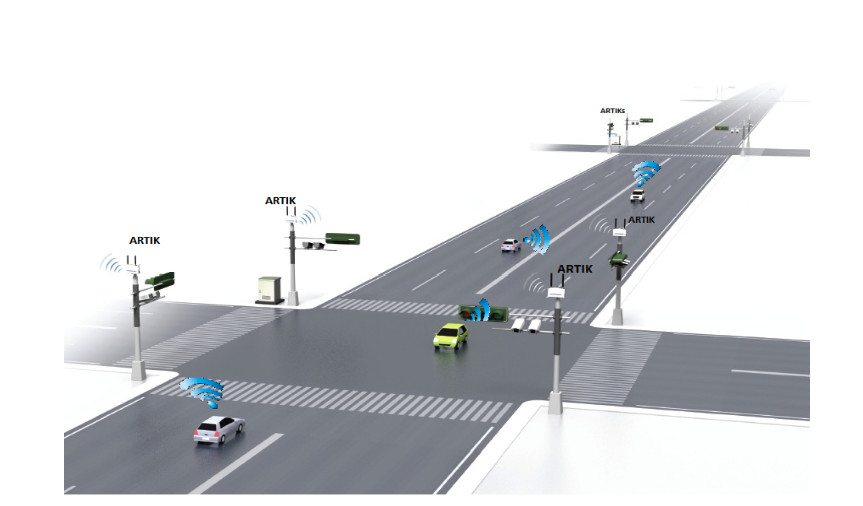 Fundamental features of designing an enhanced traffic control system consist of linking traffic signals and traffic control centers with GIS enabled digital road map of the town using intelligent computational power of data analytics as a key module. In this context, the basic challenge lies in usage of real time analytics on online traffic information and correctly applying it to some basic traffic flow.

Data analytics tools take data from the Traffic Management System and using GIS mapping under real time support, they provide useful information to the drivers in the vehicles and help reduce the traffic congestion. Additionally, basic tourist information such as visiting places, parking area and distance are also projected on a real time basis on large digital screens installed at city centers entrance points to guide the drivers toward their destination. This helps to save fuel and finally to save a lot of time spent in searching various visiting places. The smart living style in metro cities is also fulfilled as the environment becomes pollution free and more hygienic.

The projected transport system has been planned in a Vehicular Ad-hoc Networks (VANETs) scenario, as these networks are becoming more of a common technology in smart road traffic management and control systems. The problem faced by smart cities in terms of traffic congestion issues can be solved better using VANETs, as there is a network connectivity between the vehicle and the network infrastructure. Therefore, predictable information regarding road conditions ahead and route information can be directed to the smart vehicles in transit and intelligent decisions can be made before any problem occurs.

In other ways, SSLA in smart cities helps to reduce the problems of congestion, accidents, crime, parking problems and population overhead. Due to the overall development of the wireless technology, their applications are widely used and vehicles have been converted to smart vehicles to be accessed under smart traffic applications.

Traffic Congestion is a major issue. Because of this congestion problem, time taken for travelling will be increased. A design was developed using wireless technology with ELB-REV4 iSCADA development boards and sensors. An algorithm was also designed so that a greater number of vehicles can pass through a signal. Priorities would be given to different categories of vehicles. Emergency vehicles like ambulances, fire trucks, etc. would have top priority. 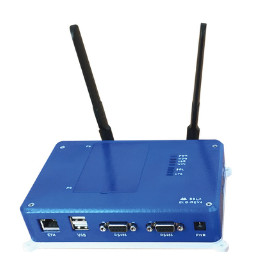 Next is given to VIP's. Next to ordinary vehicles. Priority was also given depending upon vehicle density on one side of the road. The road that has a higher vehicle volume would get highest priority. RFID is mainly used to track the objects. RFID readers and tags are used in showrooms so that no one takes off with any object or material without paying the bill. This RFID is also used to track lost vehicles. When the unique ID of RFID tags of lost vehicles are detected, then their location where they are found is obtained. The green path for emergency vehicles was also designed to provide a green signal so that the ambulance will get the right-of-way. But the disadvantage of this is all vehicles will want to start moving in that open lane, which will create even more traffic for the ambulance. 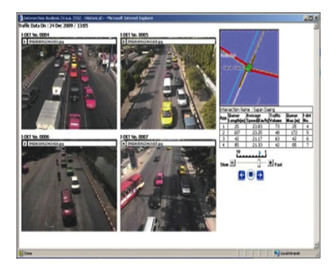 In the future advancements of Traffic Monitoring Signal (TMS), an ambulance will be able to communicate with all base stations to obtain an open lane to reach the hospital on time.

In this proposed methodology, we will provide solutions to congestion, traffic clearance for emergency vehicles and tracking of stolen vehicles. And one major plus point of the system is we have designed it in automatic mode and manual mode. In automatic mode depending upon sensors’ output, the decision can be made. But in manual mode, the driver takes control.

TMS timing has been developed by using multiple features of hardware components in IoT. Traffic optimization is achieved using IoT platforms for efficient utilization of allocating varying times to all traffic signals according to the amount of vehicles on the road. TMS will help clients realize proper signal timing and traffic flow volume in their respective regions.

Nick Kadanvar works at SIERRA SOFTWARE LTD, an innovative embedded systems developer with 15 years of experience in design and development of multiple embedded projects. He is also involved in many control algorithms for robots, IoT devices and sensor network designs. He is actively involved in designing various projects and has experience working with telecom, oil and gas, automobiles, logistics and medical industries.