Before designers break out the champagne, they must weigh the realities of wireless USB pricing versus the costs of calibration and testing.

The stars are now aligning for Certified Wireless USB.
Chipset makers are finally providing silicon for band group 6 (the only band
group universally approved), and more reference designs are starting to appear.

Itís only a matter of time before Certified Wireless USB will
show up in real-world applications. Soon, users will simply plop their digital
cameras down next to their desktops or laptops and transfer photos with the
press of a button. Printers will turn a document or spreadsheet into a hard copy
with nary a wire between laptop and printer. All the ubiquity that wired USB
now offers will be further enhanced by wireless connectivity.

But before designers break out the champagne, they must weigh
the realities of wireless USB pricing versus the costs of calibration and testing.
As an offshoot of WiMedia Ultra-Wideband (UWB), Certified Wireless USB is being
asked to do a lot of things: reflect the utility of wired USB, have low power
consumption, coexist with other wireless connectivity modalities, and be low
cost. At the same time, Certified Wireless USB must meet a challenging set of
parametric specifications, which is where calibration and testing enter the
equation.

A closer look at the technology

First, designers should take a brief step back and determine which
of the two incompatible versions of wireless USB - WirelessUSB and
Certified Wireless USB - they will use.

Backed by Cypress Semiconductor, WirelessUSB is a protocol that
uses the 2.4 GHz band with a maximum data rate of 1 Mbps at a distance of 10 m
and 62.5 Kbps at 50 m. This article will focus instead on Certified Wireless
USB, sponsored by the USB Implementers Forum.

The band groups of three 528 MHz bands have different
regional regulatory constraints (see Figure 1), and only band group 6 is
globally authorized. Thus, the newest chipsets are likely to converge around
group 6, whereas the first chipset generation was group 1 oriented because of
its allowance in the United States.

The UWB common radio platform supports a variety of
band-hopping sequences, called Time Frequency Code (TFC), allowing designers to use only one band or
hop between two or three bands (see example in Table 2).

A fundamental difference exists between testing for
development and testing for production. In development, designers are creating
a capability that meets all aspects of a standard using components whose
worst-case tolerance contributions produce an end result that still fits within
specifications. Once that design is verified, however, designers no longer have
to test all the same design aspects as before. Now, they are essentially trying
to find production errors or faulty components.

It can be argued that for development, it makes no difference
whether designers use a bunch of general-purpose instruments hooked together to
accurately measure the necessary parameters or a purpose-built system designed
specifically for testing wireless USB.

However, in todayís commoditized, hypercompetitive
electronics market, time is of the essence both for development and production.
Designs must be production ready within weeks rather than months, and
high-volume production capabilities must be in place as soon as the design is
verified.

Under these circumstances, designers donít have the luxury of
using ad hoc instrumentation clusters
for production testing. But it also can be argued that waiting for a
purpose-built test system could slow development.

A Certified Wireless USB device transmits and receives, and both
functions need to be tested. On the transmit side, tests are needed for power
level and setting accuracy, Error Vector Magnitude (EVM), power spectral
density (against a spectral mask), and frequency offset. But thatís just the
beginning. Designers also will want to test symbol clock offset, phase noise,
compression, amplitude and phase balance, amplitude variation over time, and
local oscillator leakage.

The reason for more exhaustive testing is to make sure a
device meets all specifications. For example, it is very possible for a device
to work functionally in all aspects - range, speeds, and error rates
- yet produce interfering radiation above a prescribed level.

On the receive side, designers will want to test minimum power
sensitivity at a specified Packet Error Rate (PER) and maximum power
sensitivity at a specified PER. This will reveal if the deviceís dynamic range is
within specification. But, here again, more testing is needed for the
receiverís adjacent channel rejection, alternate channel rejection, and maximum
tolerable signal to make sure it is not susceptible to interference at signal
levels in other channels within specification.

Using general-purpose instruments for this level of
development testing usually involves a lengthy process. These instruments must
be capable of accurately measuring signals spanning over 7.5 GHz and responding
quickly enough to measure fast hopping and short symbols.

Most general-purpose instruments available today fall short
of the 7.5 GHz bandwidth requirement. Those that have sufficient bandwidth are
typically high-end systems with prices to match. On the other hand, single box
testers with software-controlled vector signal analyzers can be designed for
capturing and analyzing wireless USB signals and providing comprehensive test
results that meet development needs. Developing such a tester that meets
Certified Wireless USBís bandwidth and speed requirements has challenges of its
own.

A test system built to handle wireless USB development
testing would unquestionably be capable of production testing as well. In fact,
the total number of tests would be significantly relaxed since designers would
not be trying to verify the design but rather trying to catch production
problems.

In this case, transmitter testing would involve calibrating
the output power, measuring the EVM, checking that power spectral density falls
within the mask, and (optionally) checking the frequency offset.

At this time, there are no single box EVM testers designed
for wireless USB development and production testing. However, that is about to
change.

At the Consumer Electronics Show earlier this year in Las
Vegas, LitePoint demonstrated a prototype wireless USB test system paired with
the latest Certified Wireless USB chipset, as shown in Figure 2. This prototype
captures continuous packets transmitted by the chipsetís reference design and
displays a rich set of data plus informative graphics. The Unit Under Test
(UUT) was controlled via its own driver software, allowing band group, TFC, and
continuous packet output selection.

The test system is controlled by its GUI software, providing
a user-selectable array of graphic displays and data listings. Designers can
select the band group and capture mode (single signal or continuous). In single
signal mode, the tester captures one packet and displays the instantaneous
readings. In continuous capture, a succession of packet "snapshots" shows if
the readings are relatively stable or punctuated by large, random deviations.

An important test is power spectral density (shown in Figure
3), ensuring that the transmitted signal is well within the spectrum mask
limits. Signals that exceed spectral mask limits are more likely to interfere
with other signals.

All the development and production tests alluded to earlier
can be accomplished within a short timeframe. The setup remains the same, and
users simply select different parameters and graphical views. Signal capture,
subsequent analysis, and display each take a few seconds to complete, with a
single click to produce all the analytical results.

In the near future, at least one single box EVM-based test
system - the LitePoint IQultra - will be finished with beta testing
and available for rapid Certified Wireless USB-based device testing.

Onno Harm is
product manager for WiMAX Test Solutions at LitePoint Corporation in Sunnyvale,
California. Onno has more than 15 years of experience in wireless systems, ICs,
and volume manufacturing and has developed products for voice and data
applications involving several popular wireless standards. Onno holds an MS in
Electrical Engineering from Twente University in The Netherlands.

Rob Brownstei is VP
of market relations and communications at LitePoint. He began his career as a
test engineer more than 30 years ago and worked as a journalist for three
electronic trade media. He holds a BS in Physics from Queens College, City University
of New York, and performed graduate work in Electrical Engineering at San Diego
State University. 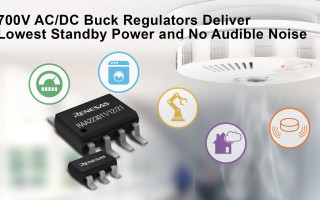