The need for hand-held portable power sources has been driven by rapid growth in the use of smart phones, tablets, and other portable devices. According to the market research, the power bank market is expected to reach more than $25 billion by 2022. USB-based designs are the most popular among power bank designs.

The USB specification was defined, in mid 1990s, as a communication protocol for connecting external peripherals to a personal computer. In early 2000s as more and more portable devices were introduced into the market, powering them became a critical factor. The USB standard had significant advantages in the portable market due to its ability to transfer data and power with the same physical connector. However, USB powering methods were not reliable until the introduction of USB Battery Charging (BC) specifications.

Before the introduction of BC 1.0 specifications, the USB Standard Downstream Port (SDP) was used to supply a maximum of 100mA by default and 500mA when it is configured by power negotiation, which is defined by the USB 2.0 standard introduced in 2000.  The first Battery Charging specification (BC 1.0), released in 2007, extended the maximum current limit for a Dedicated Charging Port (DCP) to 1.5A. In 2010, the BC 1.2 specification were released, increasing the maximum current limit to 5A. The latest USB Power Delivery (PD) specification extended the power delivery capability up to 100W with USB Type-C connectors. 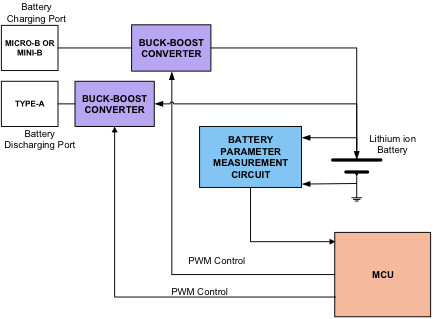 The MCU/controller generates all the signals required to control charging and discharging control circuits, read the parameter values from the measurement circuit, ensure the safety of the battery, and various other functionalities.

The application of a conventional USB power bank has been primarily for devices like smart phones, tablets and other portable devices that can be satisfactorily charged with 5V. Today’s power banks also need to be able to charge laptops, home appliances, and other devices that require a higher output voltage, higher current, and higher power rating. The manufacturers of various portable devices and smartphones have also introduced customized charging standards for more efficient charging.

For example, Apple Charging, Qualcomm Quick Charge (QC), Samsung Adaptive Fast Charging (AFC), and Programmable Power Supply (PPS) are some of the improved charging methods used in the smart phones. The voltage rating, current rating, and charging profiles of these methods are proprietary and no longer limited to 5V output. These charging protocols are different from legacy BC1.2 specifications and have an extended power rating.

The importance of USB Type-C PD power bank is clear when power banks are required to extend their support to other proprietary charging standards. The USB Type-C PD standard supports up to 20V/5A (100W) of power delivery, which is more than enough to power desktop computers, laptops, smart phones, tablets, other portable devices, and more.

Type-C connectors have already started taking over the smart phone and tablet industry, not only as a power connector but also as the data port and audio jacks. The Type-C connector has known advantages like:

The pin diagram of a standard 24-pin Type-C connector is shown in Figure 2. Pins required for the implementation of a power bank application are also indicated.

Configuration Channel (CC) pins are used in the discovery, management, and configurations of USB Type-C connections across the standard Type-C cable. During power delivery, CC lines (CC1, CC2) serve as additional function:Power negotiation. The attached ports negotiate voltage, current, and direction of power flow over the USB cable using the CC lines. The VBUS lines supply power according to the established contract after negotiation.

The most significant advantage of using USB Type-C for power bank design is its flexibility and ability to support different charging methods with single connector.  Table 2 shows a comparative analysis between a conventional USB and USB Type-C PD power bank.

As can be seen from Table 2, the USB Type-C PD power bank offers superior functional due to its advantages of a reversible Type-C connector and its ability to support multiple charging protocols. 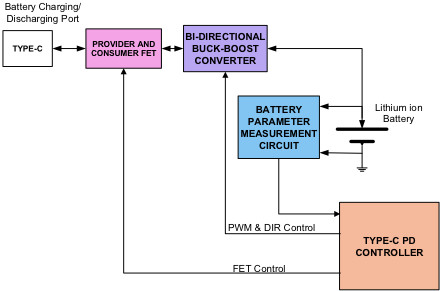 During battery discharging or output, the Type-C PD controller turns on provider path FETs, and the Power Bank act as power source. The Type-C PD controller does power negotiation with the smartphone or device connected by the Type-C connector. It then controls the direction of the buck-boost regulator so that the Li-ion battery starts sourcing the current for charging the smartphone or other connected device.

Integrated controllers are built in important system-level protections that include overvoltage protection (OVP), overcurrent protection (OCP), under voltage protection (UVP), short circuit protection (SCP), over temperature protection (OTP), and electrostatic discharge (ESD) protection. Integrated configurable resistors and terminations on D+/D- lines further simplify design. For the most flexibility, controllers are available that support both Type-C and legacy Type-A ports so that power banks can interoperate with devices as the market transitions from Type-A to Type-C. System cost is reduced by integration of components such as VBUS voltage regulator, current sense amplifier, feedback control, ADCs, PWMs, and other functionality. Figure 4 shows a sample layout for power bank and adapter applications based on the CY4532 Evaluation kit using the CCG3PA controller. 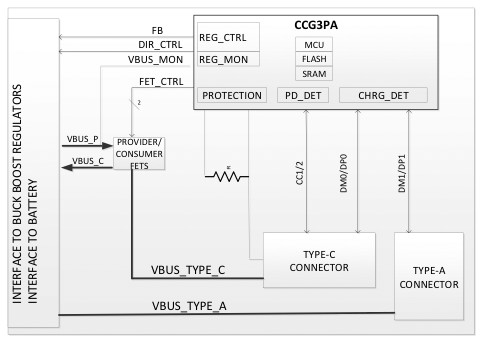 [Figure 4 | Sample layout for power bank and adapter applications based on the CY4532 Evaluation kit using the CCG3PA controller.]

With a programmable controller, the power bank can support multiple charging standards, as shown in Table 3. Figure 5 shows an example of power bank operation. 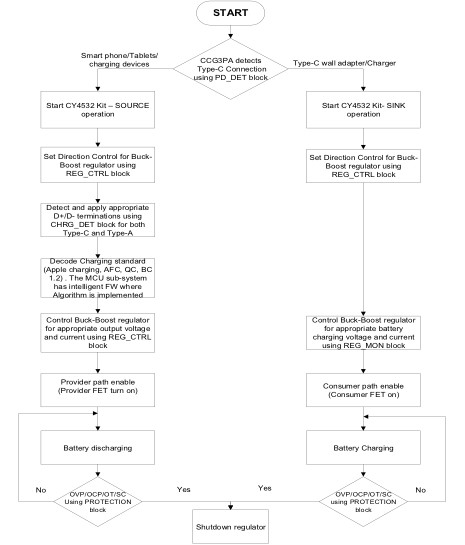 USB Type-C PD is fast becoming the standard for portable devices and other applications. A comparative analysis between conventional USB power banks and USB Type-C power bank clearly shows that power banks based on USB Type-C PD represent the future for USB-based charging.

Hitesh Kothari is  Senior Principal Applications Engineer at Cypress working on the USB Type-C team. He has professional experience with USB Type-C products from the specification’s inception. He has a Masters in Microelectronics from IIT-Bombay, and his interests include playing tennis and trekking.

Akhil Vijayakumar is Senior Applications Engineer at Cypress working on the USB Type-C team. He has developed various USB Type-C-based applications. He has a Masters in Electronic Design from NIT Calicut. His interests include playing and watching soccer. 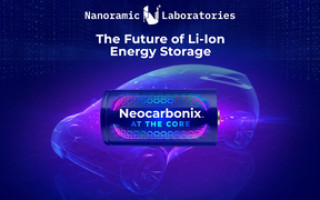 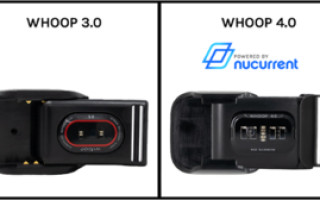 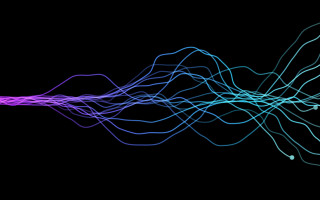