The solution offered by the LuxTurrim5G project is an increasingly dense base station network, where 5G smart light poles function as both base stations and light poles. 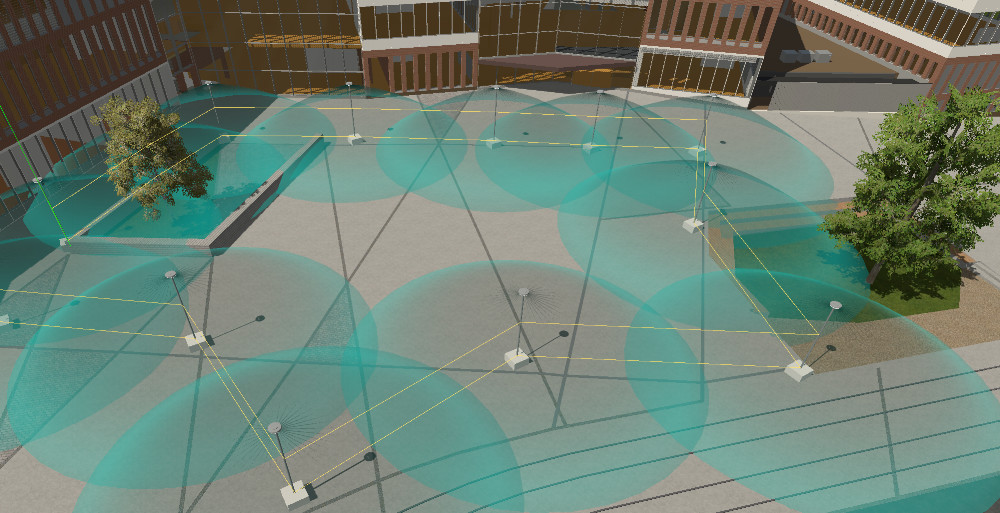 In addition to a 5G base station, a smart light pole can accommodate various kinds of sensors, cameras, displays and other devices, to collect up-to-date data on, for example, weather, air quality and traffic, and, using a joint service platform, share it to other applications. At the same time, smart light poles provide a fast internet connection to the personal devices of city-dwellers as well as a charging post for electric cars and drones that monitor traffic.

The pilot area has already been used for testing VTT’s automated car, and the intention is to use the new light poles in support of the self-driving bus, which is already running between Nokia campus and the Kera railway station. VTT and its partners have also explored the transmission of signals through the walls and windows of buildings, which will become even more difficult with the 5G network.

The partners involved in the first phase of the LuxTurrim5G project, which was financed by Business Finland and various companies, include Nokia Bell Labs, Sitowise, Exel Composites, Premix, Lammin Windows and Doors, Vaisala, Teleste, Indagon, Ensto, Rumble Tools, VTT, University of Tampere, Aalto University, and Spinverse as project coordinator. The project ended in May 2019, but Business Finland has already granted extension funding for the next phase of the project, where the ecosystem will expand further and continue its development efforts, aiming at new concrete smart city solutions.