Where AIoT is Headed

The AIoT is an extension of edge computing, which is already prevalent in embedded markets, especially where vision and automation control are key.

After decades of research and anticipation, it seems that artificial intelligence (AI) is finally upon us and here to stay. Last September, IDC predicted that 2018 would close out with $24 billion spent on cognitive and AI systems. The research company predicts that number will more than triple to $77.6 billion in 2022.

Meanwhile, the Internet of Things (IoT) continues on its similarly explosive track. Last December, Forbes reported that the global IoT market would be $151 billion in 2018, from whence it would compound by 39 percent annually to over $1.5 trillion in 2025, according to IoT Analytics.

If viewed like a two-circle Venn diagram, these two megatrends have an overlapping area: the AIoT.

Conventional IoT devices integrate sensors that gather data. Built-in communications hardware relay this data either to nearby or cloud-based systems for analysis. Those systems may subsequently transmit instructions back to the IoT devices for further action.

By equipping those IoT devices with built-in intelligence, though, there’s no need to send data beyond the device. Analysis, filtering, actionable outcomes, and even user interaction can all be handled from the device itself. This capability frees many solutions from the latencies and delays inherent in cloud communications, which can be particularly critical in applications where multi-source data must be acted on in real-time.

The AIoT is an extension of edge computing, which is already prevalent in embedded markets, especially where vision and automation control are key. Edge networks keep critical computing and data-driven actions localized rather than incurring cloud delays. IDC predicted that 40 percent of IoT-created data will be handled at the edge in 2019.

Put simply, the difference between a “connected” device and an AIoT device is that the latter can take over decisions and tasks for humans.

At the AWS: re:Invent 2018 event, Amazon Web Services set out four areas in which AIoT is ripe for growth and excellence:

The amount of promise and potential from AIoT cannot be overstated. However, we face an immediate challenge in getting deep learning and analytics capabilities into these AIoT devices residing at the network edge. Just as AI requires a formidable amount of computing capability from workstations and servers, the same will also prove true of AIoT edge nodes.

Fortunately, that condition has now changed. 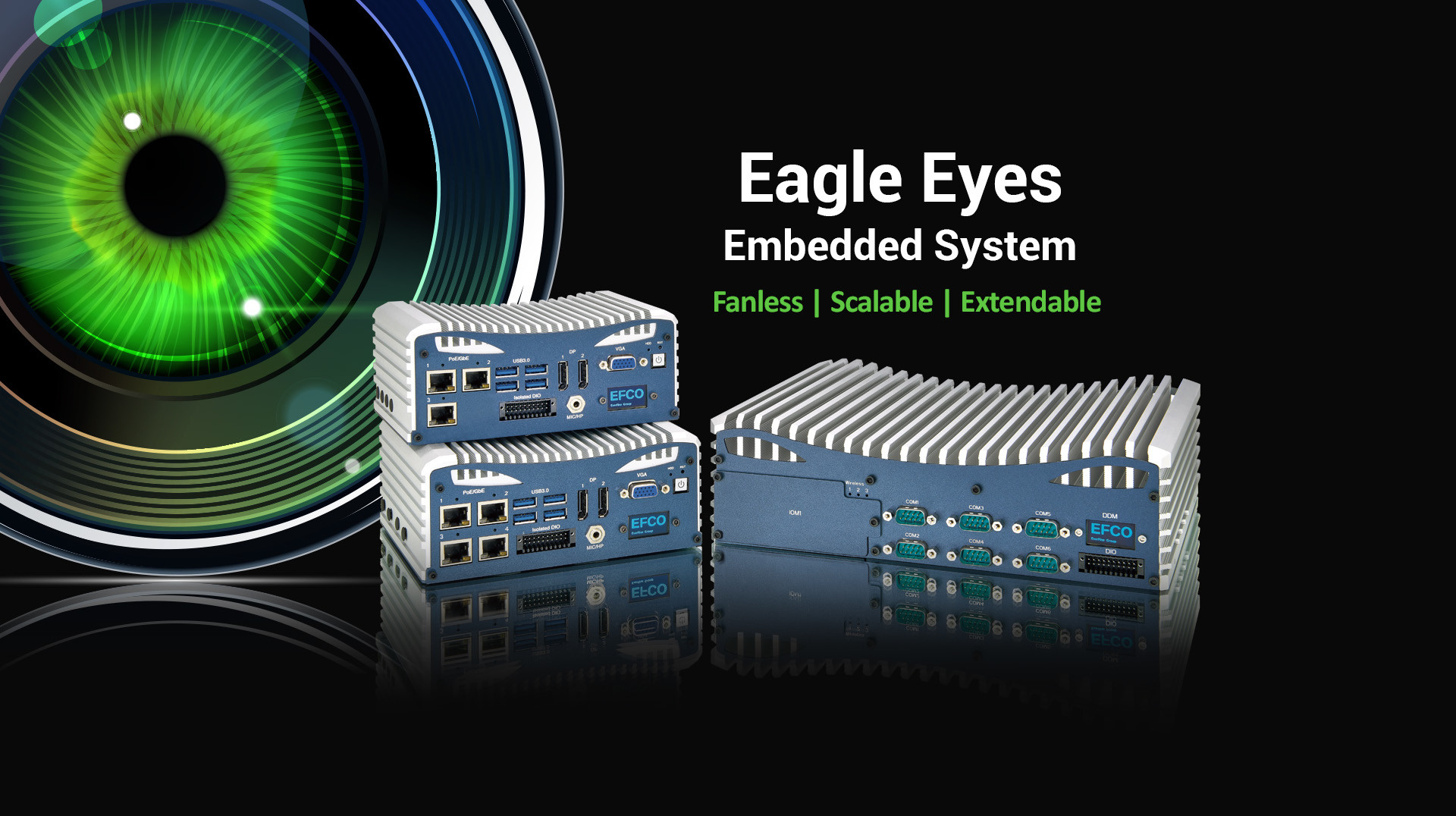 Gartner predicts that “by 2022, IoT will save consumers and businesses $1 trillion a year in maintenance, services, and consumables.” Imagine the additional savings possible by adding AI into the picture via high value-add systems such as EFCO’s Eagle Eyes line. The amount of total solution value realized will be in part determined by having the right AIoT hardware systems at the edge.