Virtual environments signal the end of the ICE era

You’re scoping out your next verification project and you realize that you don’t have models for the new, faster bus protocols the design team is asking for. While you can take comfort in knowing you’re not alone, that doesn’t make the issue go away.

Protocols are ubiquitous in a large-scale design, and they’re forever being updated to support the demand for more speed, higher bandwidth, and lower power. In fact, it’s a good bet that by the time you start your next project, there will be new versions of at least some of the protocols in the design.

In some areas, such as simulation, you should see fewer issues, as verification IP typically supports multiple simulators, as well as the most common simulator methodologies of Verilog and UVM. Just make sure that your keeping up with the times.

Emulation, however, is a different ballgame. Different types of verification IP target different methodologies of in-circuit emulation (ICE), and virtual and simulation acceleration. And the emulator you select and the verification IP that it supports has a big effect on the methodology you can use.

ICE was originally used as a way to connect a design in the emulator to the outside world. It allowed external hardware to stream protocol-based traffic into a design that was sitting in an emulator. Using rate adaptors, like the one shown in Figure 1, it could then take care of speed differences between the traffic generator and the emulator. 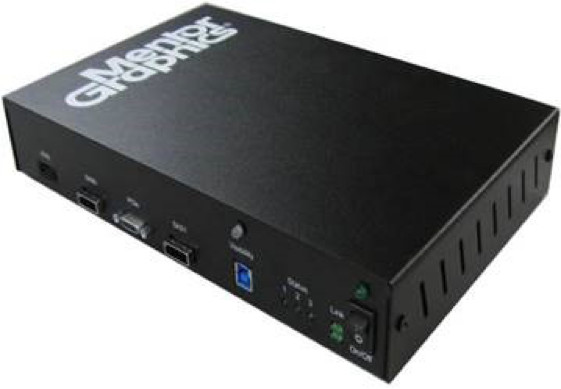 That said, the ICE era is rapidly coming to an end as engineers realize they have more flexibility, features, and repeatability using virtual environments. A primary driver of the trend toward virtual is an effort to maximize investment by increasing resource availability—emulators have already been moving into data centers to act as enterprise-wide resources.

Mentor began supporting this migration several years ago with its Veloce emulator and VirtuaLAB components. Others are trying to catch up but, despite the marketing rhetoric, are still far behind. Mentor’s VirtuaLAB components behave like ICE, but without the limitations of hardware-based traffic generators and cables. This makes them flexible, repeatable, and reconfigurable on-the-fly, with more features than their primitive kin. 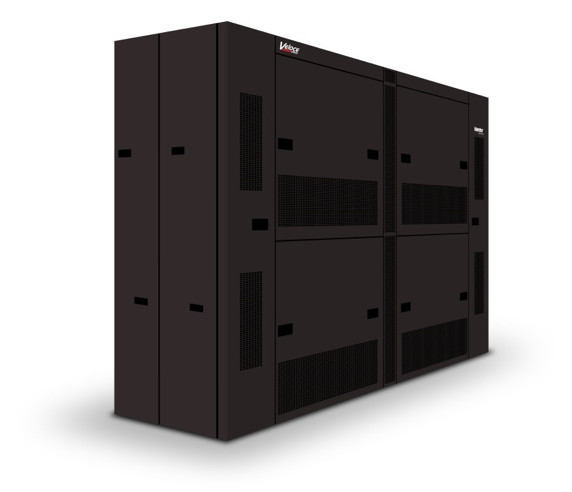 VirtuaLAB models are in place for most of the key protocols, including Ethernet, PCI Express, and USB, and have been used in the successful tape out of hundreds of designs. Ethernet switch designers migrated to this technology three or four years ago, when it became obvious that it was not practical to hook up 100+ Ethernet ports, each with their individual Ethernet cable, using ICE. Network switch designers are using VirtuaLAB to stream 150+ Ethernet ports over Virtual Ethernet, controlling the switch that’s running live software over Virtual PCIe. Now, solid-state disk (SSD) controller designers are making that same transition with Virtual NVMe and SATA.

Another key feature of Mentor’s virtual solution is performance. For all its limitations, ICE was able to stream traffic at roughly the maximum emulator speed. With virtual, you’re dependent on the connection speed and bandwidth between the host PCs controlling and generating traffic and the emulator. Mentor has been able to tune this performance to get equivalence with ICE speeds. Other solutions anecdotally experience a big slowdown of more than 3X while trying to offer virtual solutions

This is not a software fix; rather, it’s a fundamental architectural limitation of the emulator.

Mentor is leading the way in the industry migration from ICE to Virtual ICE. The company takes its cues both from customers and from the protocol Special Interest Groups, who continually produce new versions of PCIe, Ethernet, NVMe, and so on, especially in software-defined networks (SDN) and SSDs.

That said, Mentor has been able to maintain a complete library of solutions for all mainstream (and also some niche) protocols that let you verify IP and SoC designs with transactors or via software. The company keeps a presence in critical standards organizations so to ensure that designers have the most effective emulation support for evolving and emerging protocols.

The Veloce emulation platform, combined with virtual protocol models and interconnected by CoModel channels, provides a cost-effective solution for proving that your design interacts flawlessly with any protocol that it incorporates. With scalability to 15 billion gates on Veloce Strato, you can look forward to many years of worry-free verification.

Jean-Marie Brunet is senior director of marketing at Mentor Graphics.