Tour other workspaces for inspiration and new techniques

When I worked in manufacturing, it was always fun and educational to visit other facilities to see equipment made by a third-party vendor in action. T...

When I worked in manufacturing, it was always fun and educational to visit other facilities to see equipment made by a third-party vendor in action. Talking to technicians on the floor to see how well something actually worked was certainly useful, but the added benefit was that I could see unrelated techniques. Many times, I noticed a process I had never considered and could store the idea away for future use. After all, there is no reason to reinvent the wheel when it’s already implemented in a building a few miles away!

This idea is really no different in the MakerPro world. Unlike industry, if you know what you want to do, there is a good chance that the correct information is readily available on the Internet. The more subtle techniques that no one would think to mention, however, are best gleaned in person. 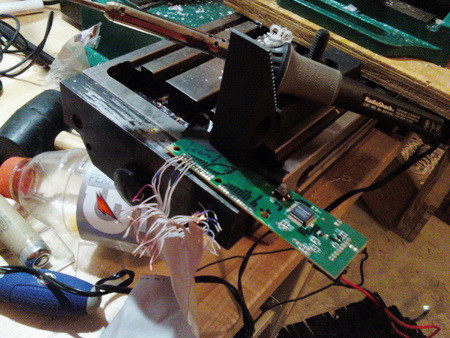 Soldering buttons to a wireless keyboard is a lot of work. There are better alternatives out there.

There are a few instances where I could have avoided some trouble if I had looked for better techniques first. On one project, I tried to build a wireless arcade controller by taking apart a keyboard and replacing the keys with arcade-style buttons. Though this marginally worked, if too many buttons were pressed simultaneously, things didn’t work so well. I eventually purchased a board meant specifically for this application, but if I’d talked to someone knowledgeable about my goals or, even better, if I’d visited someone who’d made an arcade cabinet, I could have avoided hours of work. I also would have likely found a better way to physically mount the joysticks. To my credit, my device did eventually work, but it could have been better and implemented much faster.

Another error that I made was not buying a wood router earlier. Coming from a metalworking background, a milling machine seemed like a good solution for putting slots in wood. A router, however, which I knew next to nothing about, works much better and faster. Ironically, I’ve had a tiny CNC router for years, not really making the connection that I should also use a larger manual version. 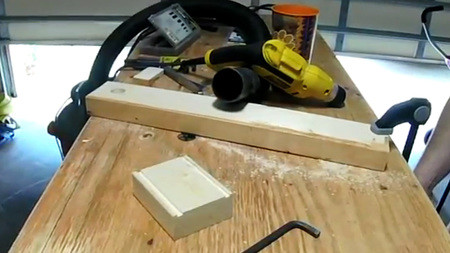 I at least partially learned my lesson when I visited a friend to tour his garage, and I was able to come up with a simple manual router table setup that should work for my needs.

Besides a friend’s garage, makerspaces are a great place to check out varied making techniques. Maker Faires are also great resources. Though you might not get as much insight into how something is made (though you will get some, especially if you ask), you’ll certainly find out what can be made. From 3D printers, to multicopters, to items sewn from cloth and leather, interesting displays for MakerPros of all types should find something interesting. 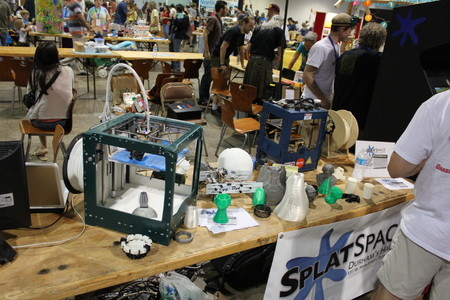 If you do attend a Faire, however, I’d encourage any aspiring or current MakerPros to pay attention not just to displays that are obviously in your realm of interest. Sometimes a technique or idea from a seemingly unrelated discipline can help solve a problem that you have now or in the future. Perhaps you’ll have an idea for combining idea X with technique Y in a way that no one has thought of for a truly spectacular result!