To say that the automotive electronics industry is hot right now would be one of the bigger understatements you could make. Just about every mainstrea...

To say that the automotive electronics industry is hot right now would be one of the bigger understatements you could make. Just about every mainstream hardware, software, and tool maker is trying to garner a piece of the pie. Torex Semiconductor, based in Tokyo, is no exception, as it recently launched its first AEC-Q100 qualified XD products, two DC/DC converters and a voltage detector aimed at the automotive sector, specifically the high-performance analog space.

The XD9260/61 series is a high-speed transient response, 1.5-A synchronous step-down DC/DC converter. The fast load transient performance results from what Torex calls a high-speed circuit architecture for transient with constant on time (Hi-SAT COT). When compared to standard COT control, it offers less fluctuation in oscillation frequency against load and input voltage. 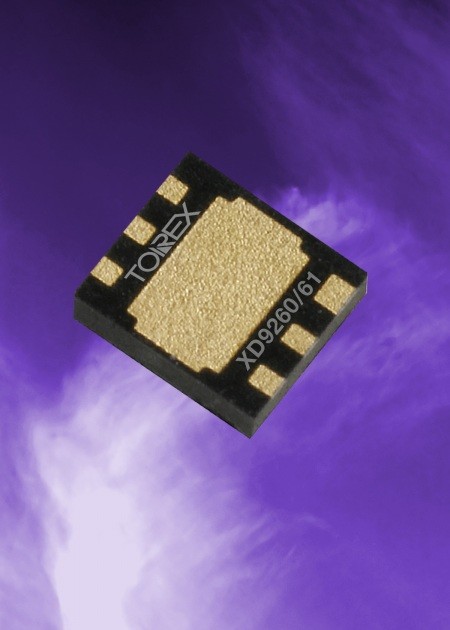 The Hi-SAT COT architecture enables ultra-fast transient response, low ripple, and high efficiency while using small external components that optimize the PCB mounting area. It can also dynamically adjust the on-time duration based on the input voltage, output voltage, and load current so that it can achieve relative constant frequency operation. Constant switching frequency minimizes the EMI interference at some sensitive bands of certain frequencies in the system.

The XD9242/43 series is a synchronous PWM step-down DC/DC converter whose output currents of up to 2 A can be achieved using a simple circuit. It operates with input voltages ranging between 2.7 and 6.0 V, and its output voltage can be set between 0.9 V and VIN using two external resistors. With switching frequencies of 1.2 or 2.4 MHz, small inductors can be used, making the series suited for applications where height and PCB area is limited. 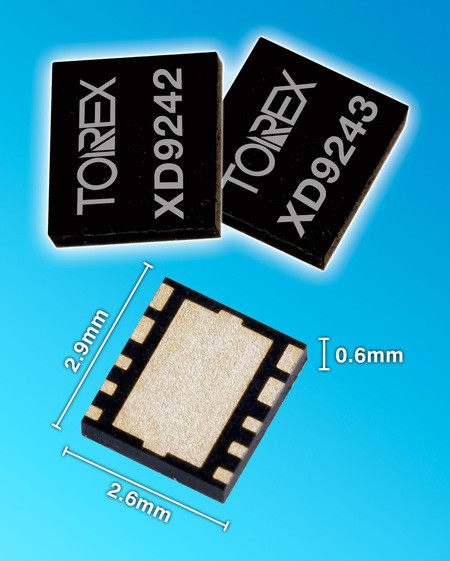 Features of the XD9242/43 series include a thermal shutdown circuit that stops operation when the chip’s temperature reaches 150°C and a UVLO (Under Voltage Lock Out) circuit that does the same when the input voltage decreases below 2.5 V. Both functions are implemented using hysteresis, and will allow the XC9242 to resume normal operation when the chip’s temperature drops below 130°C and when the input voltage increases to 2.68 V respectively.

Finally, the XD6130/XD6131 series voltage detectors include a watchdog function. The watchdog timeout time and release delay time can be set using one external capacitor. The devices are used for microprocessor monitoring; when the power voltage reaches the detect voltage, or a low-to-high pulse isn’t sent to the watchdog pin within the watchdog timeout time, an L level signal is output from the RESETB pin.