The company is claiming to have developed the industry?s lowest-power multi-protocol wireless MCU aimed at IoT devices solution, the RS14100.

Redpine Signals has been around more than 15 years, but the company has flown mostly under the radar. It has great products, but most folks weren’t aware of them. That seems to be changing with the latest round of announcements. The company is claiming to have developed the industry’s lowest-power multi-protocol wireless MCU aimed at IoT devices solution, the RS14100. It has also announced the RS9116 wireless device, which features multi-protocol wireless connectivity and is available in both hosted and embedded configurations. The two parts fit well in “always-on” battery-powered applications, including wearables, security cameras, smart locks, video doorbells, industrial sensors, and location tags.

The RS14100 is built around an ARM Cortex-M4F processor that can operate at up to 180 MHz. It also includes up to 4 MB of flash memory, available for the application. Various packaging options are available, including a 4.6- by 7.8-mm integrated module. The part features a 90-Mbit/s throughput, with integrated wireless stacks, wireless profiles, and a networking stack. n-Link hosted modules can interface to processors running Linux, Android, or Windows.

Both devices offer multi-protocol wireless connectivity with dual-band (2.4- and 5-GHz) 802.11abgn Wi-Fi, Bluetooth 5 (including long range, high throughput, and advertising extensions) and 802.15.4, which can be used for Thread or ZigBee connectivity. In addition, they both feature a big-little architecture at each level (MCU, Wi-Fi, Bluetooth 5, and 802.15.4). This provides for optimized transitions between high-performance and low-power operating modes. It also helps enable a very low Wi-Fi standby power, less than 50 μA.

For security purposes, the R14100 is based on a secure-zone architecture with the security processor separated from the applications processor. It also includes PUF (physically unclonable function) based root-of-trust, Suite-B crypto hardware accelerators, secure boot, secure firmware upgrade, secure XIP, and secure peripherals. The RS9116 also provides a subset of these security features relevant for applications needed wireless connectivity. 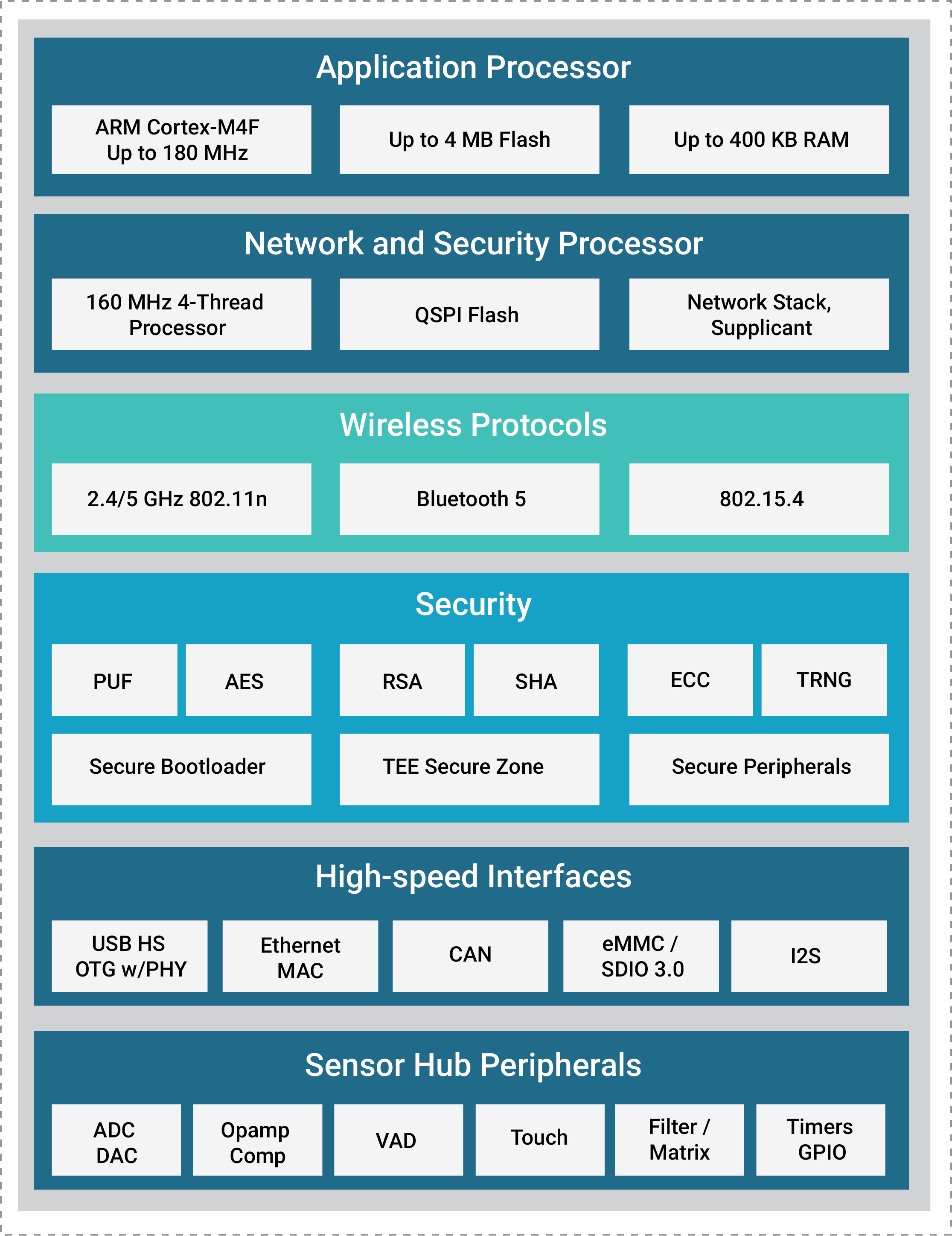 The RS14100 and the RS9116 SoC and modules are sampling now with volume production starting in the second quarter of 2018.