A new COM Express specification developed by the PICMG is soon to be released. One of the upcoming major advancements is the COM Express Type 7 pinout...

A new COM Express specification developed by the PICMG is soon to be released. One of the upcoming major advancements is the COM Express Type 7 pinout supporting up to four 10GbE-KR interfaces, making it ideally suited for the new edge node servers required by IoT and Industry 4.0 applications.

By 2020, it is expected that data created and copied annually (much of it from IoT, cloud, and big data applications) will increase to around 44 zettabytes. That’s 44 trillion gigabytes. In order to minimize traffic between clients, central clouds, and data centers, data should be processed as close as possible to its place of origin or inquiry location. IoT and Industry 4.0 applications need this decentralized capacity to process sensor and measurement data in real time. In particular, data-intensive video streaming applications need local, virtualized systems with multiple cores and larger caches to achieve the required transcoding performance. This is not only relevant for video-on-demand in the telecom segment, but also for medical and security applications. Another important application for edge servers is deep packet inspection, which ensures data security and optimal quality of service.

The structure of the network is thus transformed to an infrastructure which uses high-performance edge node servers distributed over the whole network that perform their functions close to the end user, reducing latency and backbone traffic. A high bandwidth of 10GbE is essential for such appliances. Examples of system-on-chip solutions which provide this performance at a relatively low power consumption of 65 watts or less are the Intel Xeon processor D family and the Intel Atom processor C family. ARM designs are also interesting, such as the recently launched AMD Opteron A1100 ARM processor and various PowerPC platforms, such as the QorIQ family from NXP. Developers do not, however, need to decide today which processor is the best platform. They can stay flexible using the new COM Express specification with Type 7 pinout. 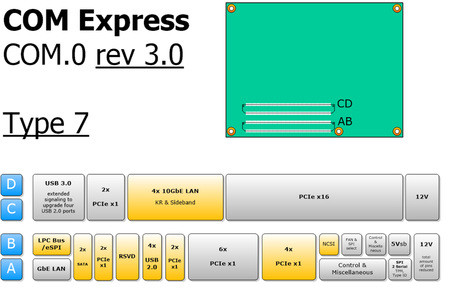 [Figure 1 | The new Type 7 pinout provides up to four 10GbE-KR ports for bandwidth- and data-intensive designs.]

One of the most fundamental innovations of the COM Express Type 7 pinout is the support of up to four 10GbE interfaces, essential for the next generation of edge node appliances. On the module they are implemented as 10GbE-KR, i.e. as single backplane lanes according to IEEE 802.3, paragraph 49. The physical implementation of the 10GbE interfaces takes place on the carrier board itself. Developers can define the signal transmission as optical (SFP+), copper cable (T). This provides flexibility for new designs. 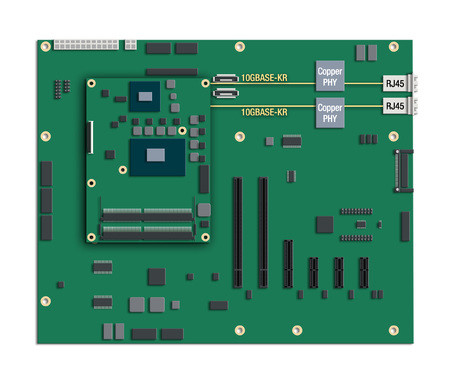 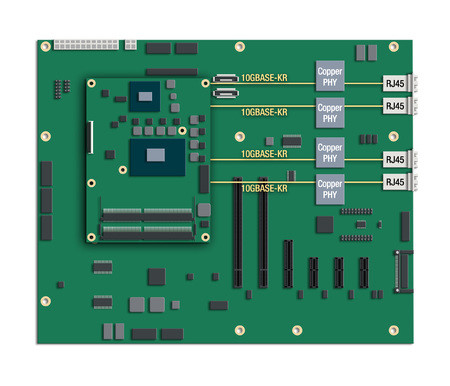 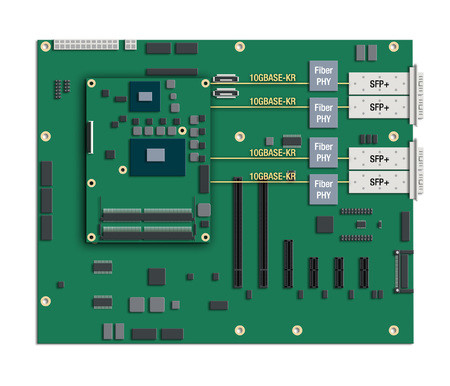 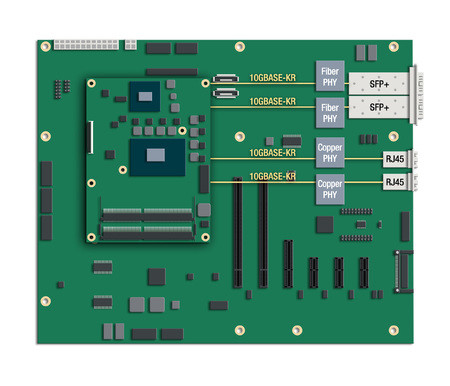 [Figure 2 | The new Type 7 pinout provides up to 4x 10GbE-KR for bandwidth- and data-intensive designs.]

To a large degree, the Type 7 pinout follows that of Type 6. To create the capacity for up to four 10GbE interfaces, the signal lines of the digital display interfaces (DDIs) on the CD connector of the Type 6 pinout are used. Since most new edge node appliances do not require high-resolution, multi-screen outputs, multiple DDI interfaces are not needed for these applications. For local management and maintenance consoles, the eDP/LVDS interface is still available and located on the AB connector. If developers wish to retain DDI, a hybrid solution with 2x 10GbE and a DDI interface will be supported by the specification. Together with the eDP/LVDS interface on the AB connector, solutions that offer both high network and video performance are also possible.

No change is expected to the existing 1 GbE port on the Type 6 AB connector. However, there are discussions on expanding this port to 10GbE, including the physical definition and PHY for 10GBASE-T. This matter can only be decided when conventional non-server processors such as the Intel Core processor family have comprehensively integrated 10GbE including PHY, which is not likely to take place before 2018.

With COM Express Type 7, the benefits of the COM Express specification are made available to new, high-bandwidth, data-intensive edge node server applications. Thanks to the core-module design concept and standardized pinout, system design becomes independent of processor technology. Systems can be upgraded with a simple module exchange. And thanks to its compact dimensions, COM Express modules enable a high packing density: 10 modules can be integrated in a 1U enclosure, providing a maximum combined data transfer rate of 0.4 terabits per second. The modular COM Express design makes this type of solution highly flexible and scalable, minimizes development costs, and shortens time-to-market. OEMs also gain more design security and can use their designs for longer, thereby increasing their return on investment.

ADLINK has played a leading role in the PICMG subcommittee that is currently defining the new COM Express 3.0 specification. The new specification, which benefitted from the technical contributions of several key PICMG member companies, is expected to become available at the end Q2 2016, with the Type 7 CD connector pin assignment expected to be released at the end of Q1 to allow vendors to begin working on new designs. The COM Express Rev. 3.0 specification will include both the new Type 7 pinout as well as expected changes to existing pinout types to address minor issues and to migrate from the legacy LPC bus to the eSPI bus. The group is also trying to achieve greater unification on the AB connector between the existing Type 6 and Type 10 pinouts in order to simplify design considerations for manufacturers.

Jeff Munch, Chief Technology Officer of ADLINK, has been Chairman of most PICMG COM Express subcommittees since 2009. In this role he has headed the last five of seven COM Express initiatives, including COM Express Type 7, and has brought together companies such as Advantech, Congatec, Kontron, MSC/Avnet and Intel.