Lots of people have ideas for new inventions or devices. In my case, I've found that most of them aren't really viable, but a few could be commerciall...

Lots of people have ideas for new inventions or devices. In my case, I’ve found that most of them aren’t really viable, but a few could be commercially successful. Or so I would think. The real challenge is both having an excellent idea and having the skills and persistence to actually implement it. Or as Thomas Edison put it, “Genius is one percent inspiration and ninety-nine percent perspiration.”

Alessandro Matera, an electronic and telecommunication technician who lives in Sicily, was inspired by the fact that people tend to fiddle with their keys while waiting for something. This led to the idea that he could make something to fill that time that fit on a keychain. What he came up with was a simple game using a 6-by-5 LED matrix powered by an Atmel ATtiny85 chip. The product is now known as the KeyChainino. 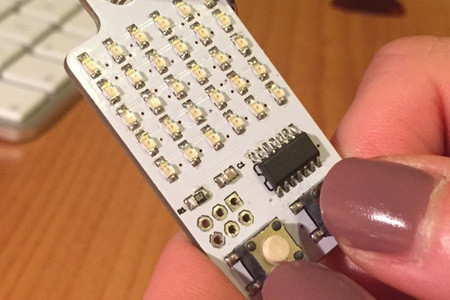 Incredibly, he was able to go from idea to a working prototype in just one week. After two more weeks of work, he assembled ten more early KeyChainino boards, and sold out. He then made more of these little boards, and quickly sold out of that batch as well.

Though he’s had some early success, there have been challenges along the way. For example, he’s found that it’s hard to trust unknown companies to produce things for you, but is now sourcing boards from Italy. So this should help ease those concerns. Another challenge has been figuring out how to ship things worldwide.

These are definitely things to think about as someone going from “Maker” to “Maker Pro” on a shoestring budget. According to him, he’s been “really satisfied about the results because I couldn’t imagine all these orders, and preorders!” He hopes to do this full time in the future, so timing “making the plunge” will be something to fully consider.

Although still early in the process, Matera advises people that want to become Maker Pros to “think outside the box.” He continues that “If you want to monetize your passion, think about the customer first. Try to not create already existing things. Try to create a new category of product instead of a better one.” He points to the Raspberry Pi as a product that didn’t try to improve the already popular Arduino board, but rather created something new, a tiny and affordable computer.

I’ve been able to try out one of the KeyChainino devices, and have found it to be a lot of fun. The Arkanoid-style game that comes with it is interesting enough, but the real beauty of the board is that it can be programmed using an Arduino. Matera estimates there are around 30 sketches floating around for this neat device, and you can also find instructions for programming it on Matera’s site. 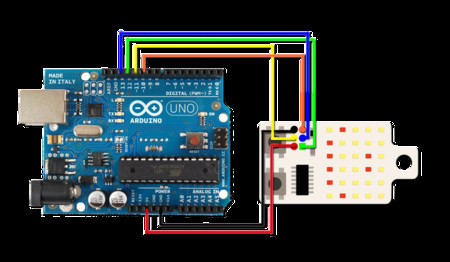 I haven’t tried reprogramming the device yet, as it’s not quite as simple as plugging it in and transferring the program. Currently, an Arduino board needs to be used as an in-system programmer (ISP) to transfer sketches, but Matera is working on another version that will include a USB port, making it easier to program.