Nixie tubes, if you haven’t heard of them, are display devices that look like vacuum tubes, but are actually filled with gas. When electricity is applied to one of the characters inside, it...

Nixie tubes, if you haven’t heard of them, are display devices that look like vacuum tubes, but are actually filled with gas. When electricity is applied to one of the characters inside, it appears to glow, brightly displaying this information for all to see. The Burroughs Corporation originally introduced these tubes in the 1950s, and the name Nixie came from an abbreviation for Numeric Indicator eXperimental-1. Production stopped in the U.S. and Europe in the 1970s, and continued in Russia into the 1990s, as more cost-effective displays took over.

Like pinball machines or record players, though they are no longer the preeminent technology in their field, they are still quite interesting for those willing to work with them. These devices might not be suitable for mass-manufacturing anymore, but it seems like a great niche for enterprising MakerPros that want to sell these devices, or those that just want a neat display device. 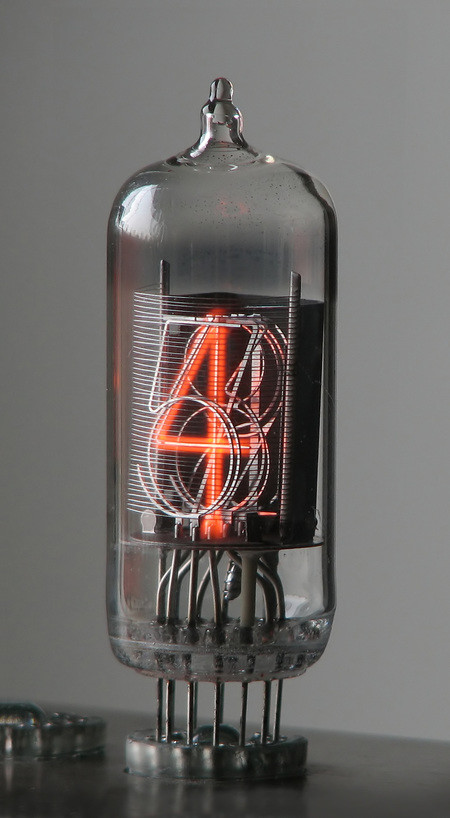 [Image by Georg-Johann Lay with a slight edit by Richard Bartz, GFDL or CC-BY-SA-3.0, via Wikimedia Commons.]

One great way to put these tubes on display is via a clock. As they tend to be expensive, this makes an ideal use for them, since it’s decorative, practical, and doesn’t require that many tubes. Here’s a very full-featured device from Amazon (including a temperature display) that costs over $300, or you can get a kit from Tindie for just under $50 plus shipping. If you want something really unique, people are also making Nixie wristwatches, though even by using very small tubes, the units tend to be quite large.

Even if the physical size of these tubes works for your design, there are a few other challenges, including the fact that they run at a relatively high voltage. Because of this, specialized electronics are needed for control. The other obvious elephant in the room is that since they are not being made anymore, it seems they will become harder and harder to get. 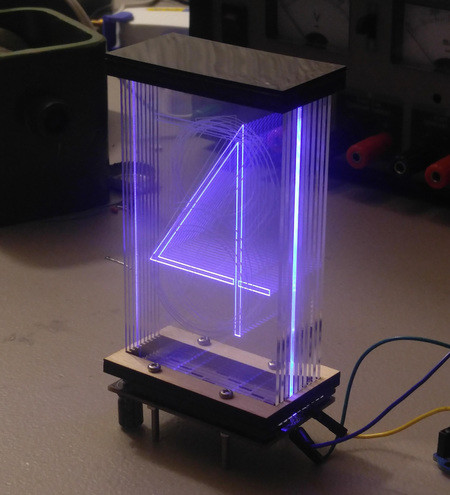 [The “Lixie” is a new alternative to the Nixie tube. Image via Hackaday.io.]

On the other hand, MakerPros are coming up with alternate solutions, emulating the three-dimensional nature of these tubes with LED lights. The Nixie Pipe is a great example, as is the similar Lixie, both of which are in the very early stages of production. Both use layers of clear engraved acrylic with a light shining through to selectively illuminate each section. Light diffuses when it hits the engraved acrylic, causing the character to glow. Though perhaps some of the charm of these tubes is sacrificed, a really neat feature of this concept is that a programmable LED light can be used to make the characters glow whatever color you prefer.

It’s really great to see interest in this retro-tech. Like with many things, it’s fun to think about, and perhaps relive, in some part, the “good old days.” However, overall I think we’d all choose our OLED high definition (or even UHD) displays over what was available during the Nixie tube’s heyday.

For several other MakerPro display options, be sure to check out this post.