The 2017 Consumer Electronics Show didn’t pack feature a headlining technology like past shows where wearables, driverless vehicles, drones, and augmented/virtual reality took center stage the first time. However, what it did showcase is perhaps more important – evidence that the Internet of Things (IoT), autonomous and electric vehicles, and the technologies that support them are very much for real and here to stay. What follows is some of the highlights I encountered last week at CES 2017 in Las Vegas.

Embedded Computing Design editors Rich Nass and Brandon Lewis introduce the Embedded Tech Studio podcast, and review some of the highlights they experienced at CES 2017 in Las Vegas, NV.

Some notable companies were absent from the North Hall of the Las Vegas Convention Center where automotive technology is usually on display at CES, but not because they weren’t at the show. At CES 2017, the Gold Lot parking lot was opened up to vehicle-to-everything (V2X) companies for the first time to accommodate demonstrations required blocks rather than booth space. There, I met with Franz Tschimben, Business Development Manager at Savari, who drove me through a comprehensive tour of his company’s technology.

Each year, the North Hall of the Las Vegas Convention Center is one of the most exciting places for CES-goers, as it houses (most of) the automotive technology the show has to offer. Here, the Faraday Future car was on display, alongside concept vehicles from almost every innovative auto manufacturer and tier one. But for techies, the real fun comes at booths where existing production vehicles have been retrofitted with the latest in silicon and software, giving attendees the ability to discover the underlying automotive technologies of tomorrow operating inside the real-world cars of today. Such is the case every year at the QNX Software (now BlackBerry QNX) booth. 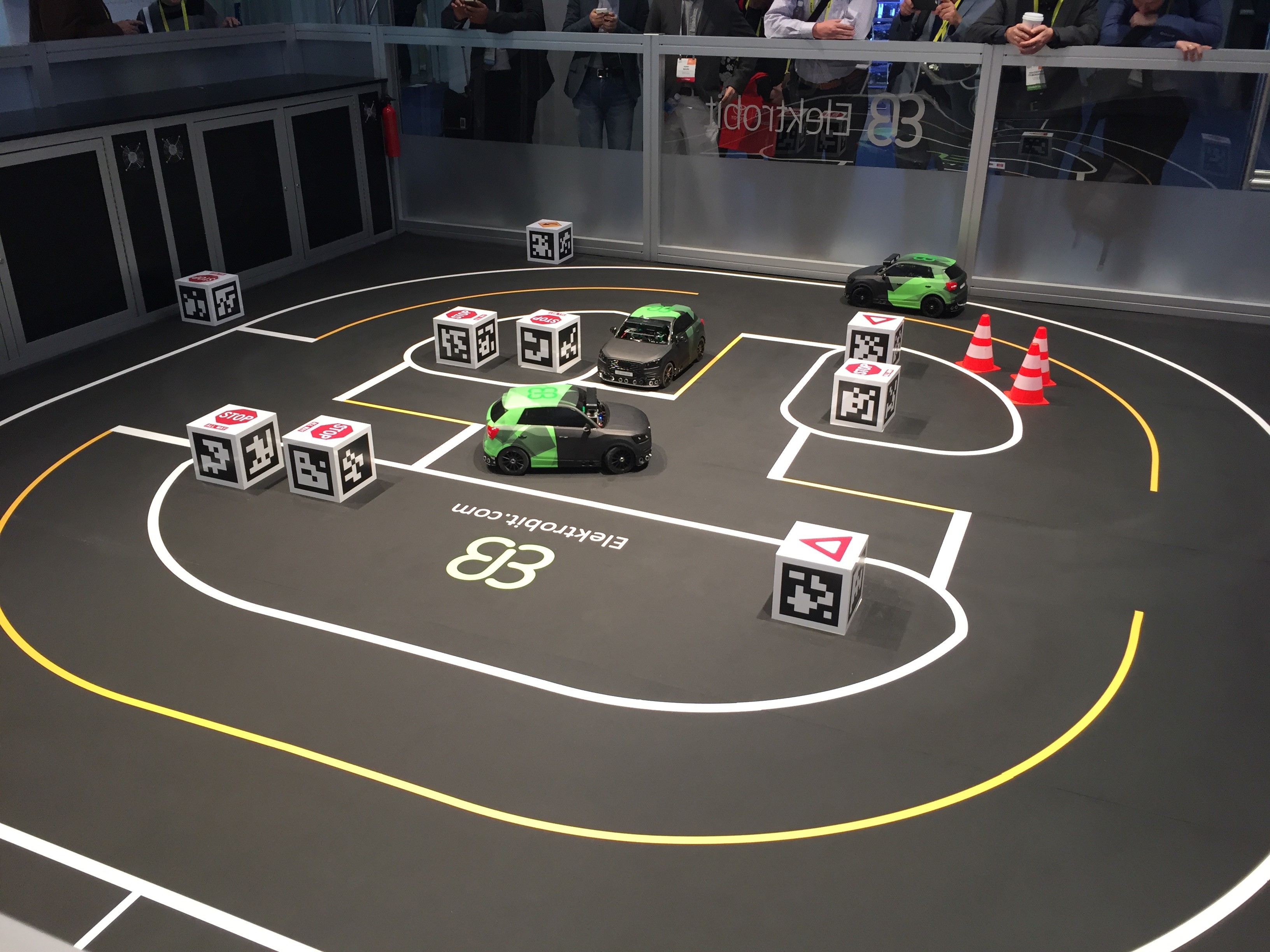 If you can’t make it to the Gold Lot parking lot at CES, sometimes you have to bring the Gold Lot to you. That’s exactly what Elektrobit did at CES 2017, with an automated driving demonstration in North Hall that was developed in conjunction with researchers at the University of Munich. In the demo, several toy cars retrofitted with cameras, ultrasonic sensors, MEMS, and compasses navigated around a small track replete with obstacles, along the way obeying traffic laws and avoiding, most notably, each other. The catch here, though, is that none of them were equipped with communications technology – all of the collision avoidance and active safety functions of the driverless cars were performed completely locally.

5. ARM gets an assist in Renault’s open-source electric vehicle, Twizy

The open source movement has had a profound impact on the tech sector over the last two decades, and now those notions are moving beyond software and operating systems to form the basis for flexible yet standardized complete systems – including automobiles.  Read More.

6. Leti, the biggest little organization you never should have heard of 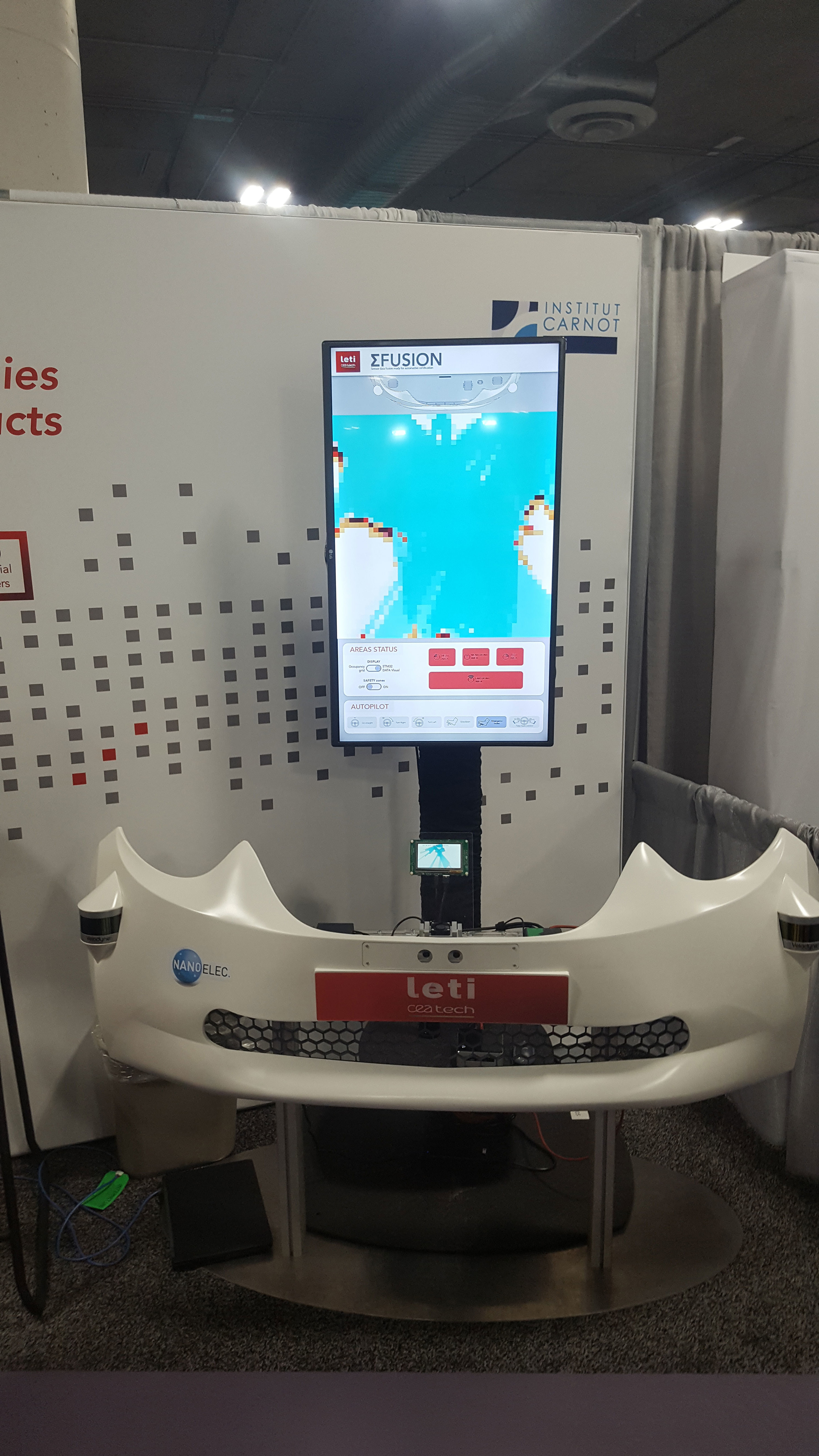 Eureka Park at the Sands Convention Center each year is an environment that represents the core of CES – it’s dedicated to startups. I never seem to leave enough time on my schedule to explore it in its entirety each year, but I do make it a point to stop by. And each year, the energy there is palpable.

7. Microchip makes moves towards coexistence of MOST and Automotive Ethernet 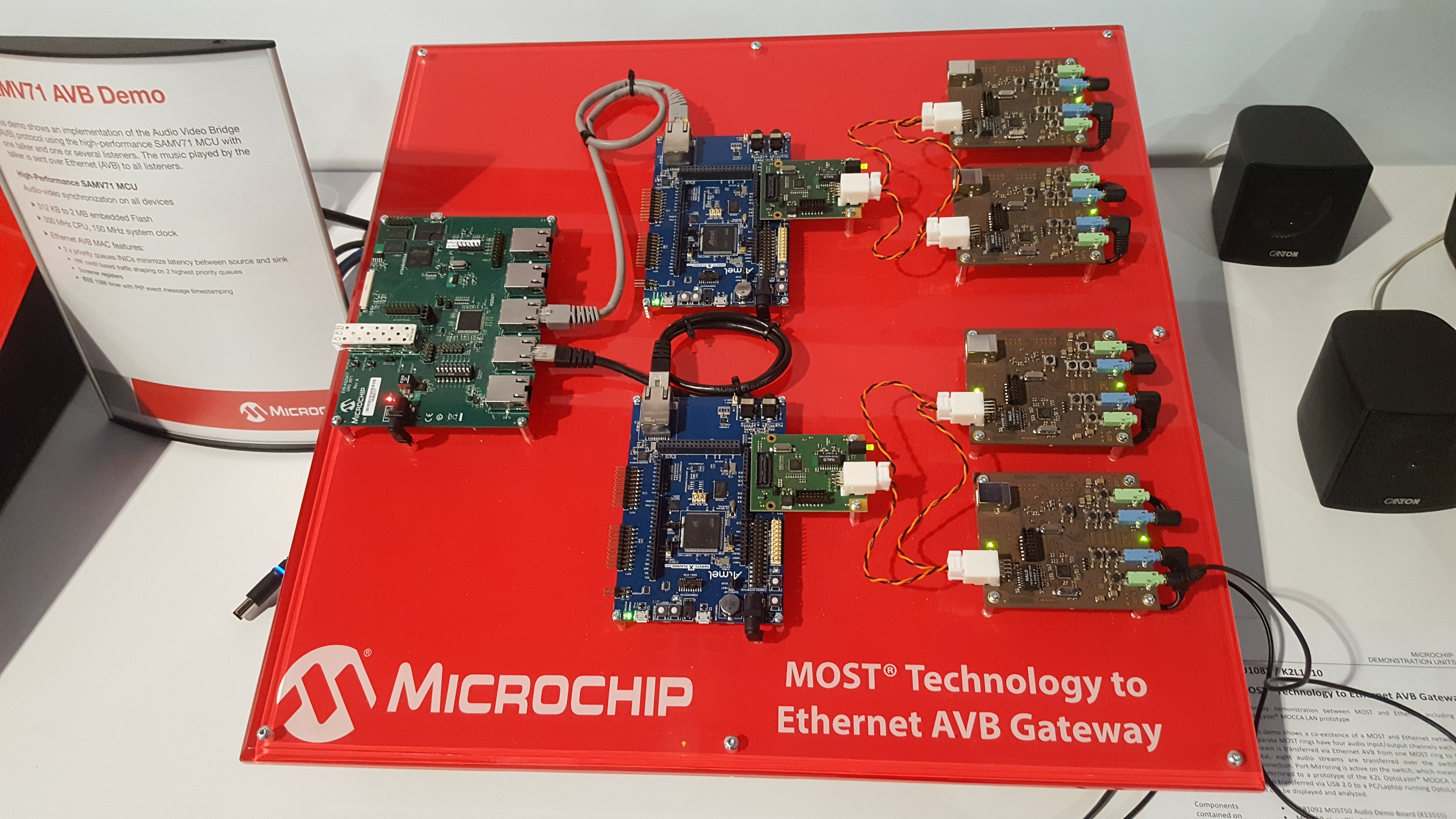 The in-vehicle networking landscape is shifting as Automotive-grade Ethernet enters the picture, but that doesn’t mean that incumbent communications technologies will go quietly – if at all. For example, the Media Oriented System Transport (MOST) family of specifications has been widely deployed in roughly 250 vehicle models for the better part of two decades, and even in the face of new designs that incorporate Automotive Ethernet, the MOST protocol’s utility as a high-speed, synchronous multimedia network for applications such as infotainment make a strong case for the technology to be used well into the future.

8. Zinn: Automotive is hot and getting hotter

Just back from CES, it was clear that the electronics content in today’s cars is huge and growing. The question I asked Ray Zinn in our weekly chat, is whether this content is warranted, or whether it’s electronics looking for a home, whether it’s a good fit or not. Ray has a fair amount of experience in this sector, as his former company, Micrel, designed lots of semiconductors that ended up in automobiles. 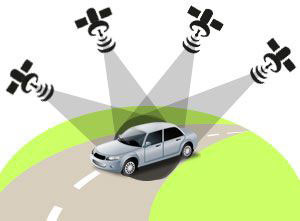 If I had to pick one technology that got more than its share of attention at CES, it would be automotive. The products and technologies that were on display in the vast automotive hall (and multiple parking lots) covered pretty much every facet of the car. This includes obvious things like the sound system and other infotainment features to GPS and imaging to lots of other “under the hood” applications. 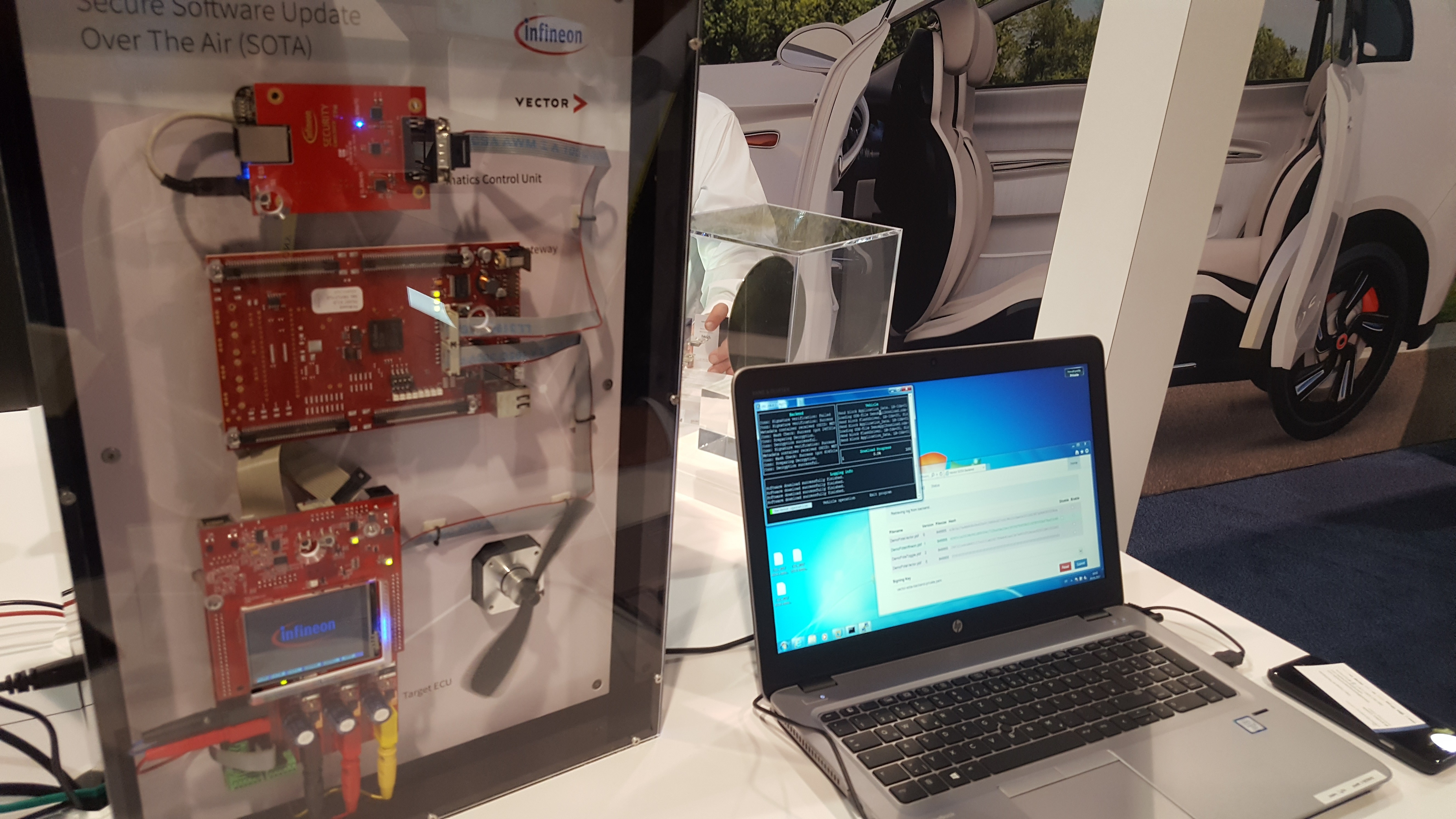 As it has been for much of the last year, security was well addressed at CES 2017 in everything from consumer wearables to sophisticated automotive designs. Early in the show I got to see both ends of the security spectrum when visiting the Infineon booth, where Josef Kohn, Marketing and Program Manager for Chip Card and Security at Infineon was running a secure over-the-air (OTA) software update demo for automotive applications.

11. What do you get when you cross a BMS with wireless?

At the recent Consumer Electronics Show (CES) in Las Vegas, I came across an interesting concept — what if you combined a battery management system (BMS) with wireless technology? To be honest, the concept hadn’t crossed my mind before, but now thinking about it a bit, it gave me an “aha!” moment. It struck me because I was in the Linear Technology booth where the company was displaying such technology, hence, I took a few minutes to hear them out. Assuming you might have the same questions, I asked one of the technology’s inventors, Daniel Quinger, Founder and CEO of Lion Smart Technology, a partner of Linear Technology, to explain it to me (and everyone else).

Of course, CES 2017 is a show that’s all about consumer markets, but the implications of its technology on other verticals cannot be understated; Often, the technology decisions of yesteryear made in mass markets like mobile trickle down to influence the embedded and Internet of Things designs of today. While this phenomenon could be seen everywhere throughout the halls of the show, two companies that embodied it served as bellwethers of emerging paradigms such as the IoT and autonomous vehicles, and examples of why they will succeed.

13. From competition to coopetition – Standards groups work toward unifying IoT with dotdot 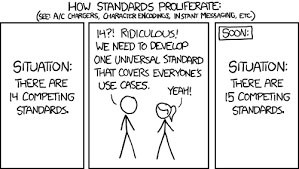 I’m sure you’ve all seen the following comic before and chuckled when thinking about the proliferation of Internet of Things (IoT) standards. 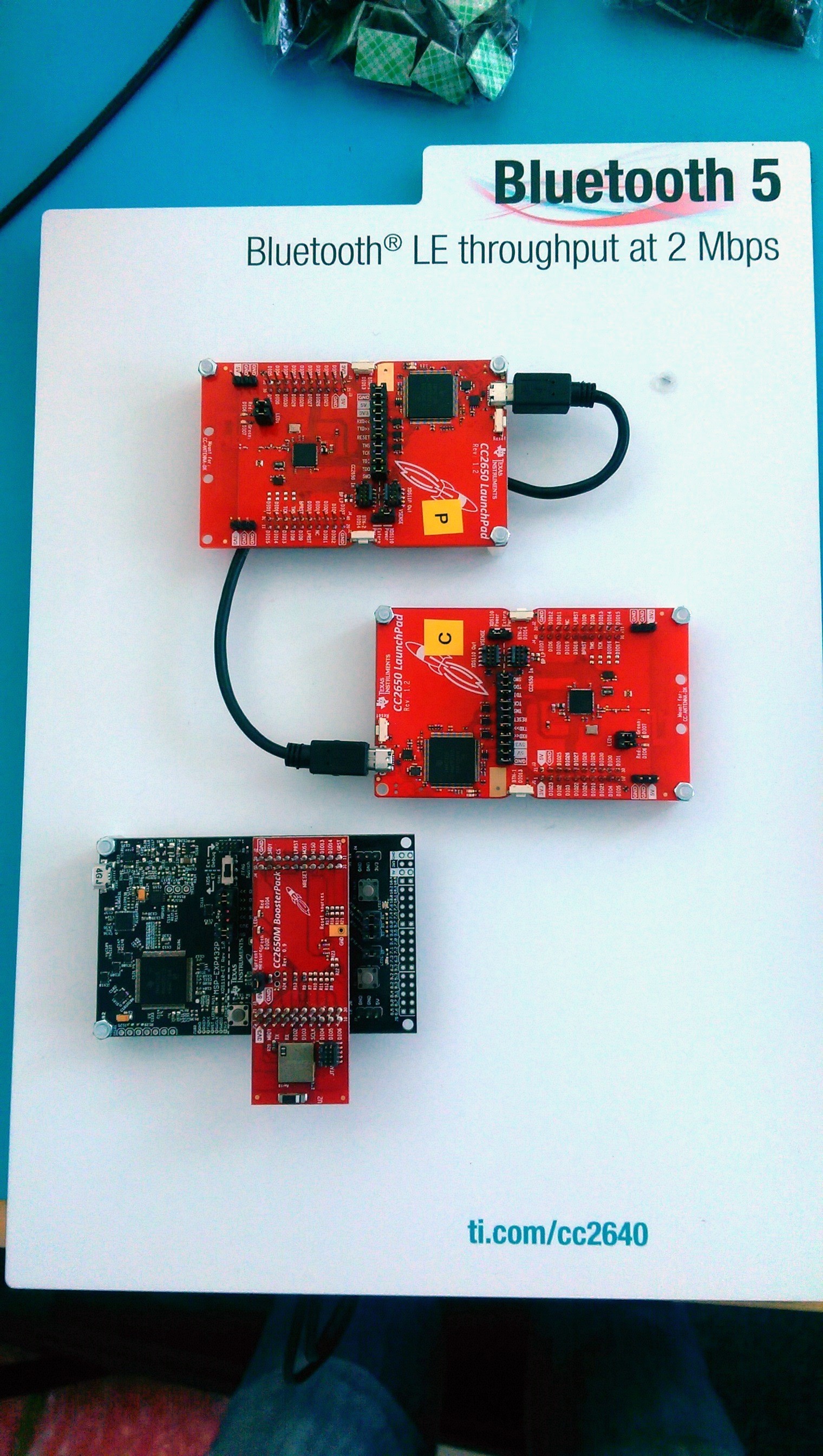 For two highly cited technologies, Bluetooth and electric vehicles have their obvious shortcomings. The former, while ubiquitous in the consumer electronics space, suffers from a lack of bandwidth and range for many applications, such as streaming, and the latter is hampered by a lack of charging infrastructure. However, at CES 2017, Texas Instruments demonstrated solutions for both. 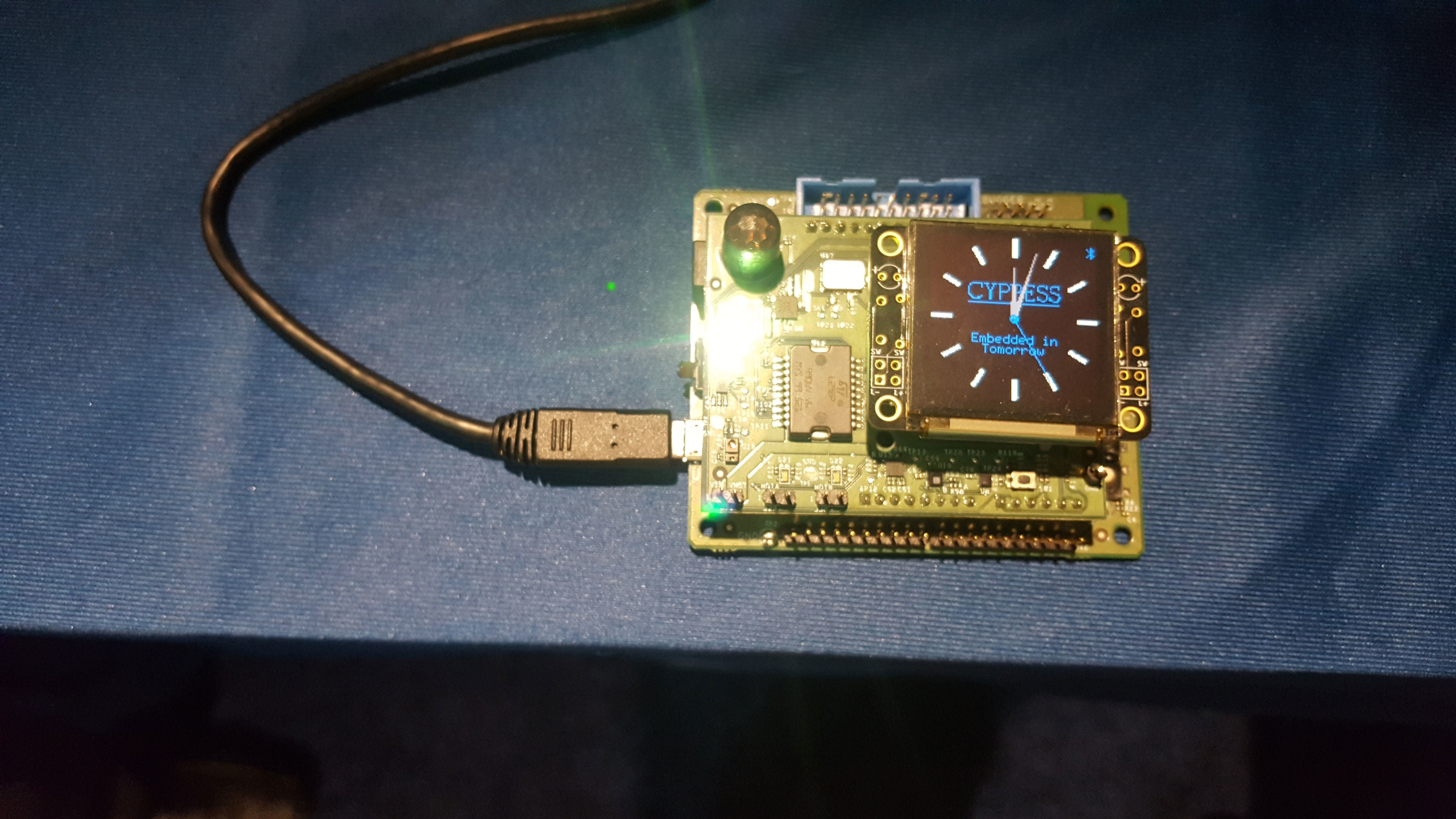 One of the most significant developments in the world of wireless connectivity for the Internet of Things (IoT) of late has been the advent of multi-protocol wireless system on chips (SoCs), and at CES 2017 they were in no short supply. To this end, Cypress Semiconductor was showing its single-chip CYW43907 Wi-Fi a/b/g/n and Bluetooth combo solution based on the ARM Cortex-R4 processor core and backed by 2 MB of RAM.

It was tough for a vendor to stand out at CES, amid all the lights, sounds, glitter, etc., in Las Vegas. One product/technology that did manage to catch my attention was an image processor developed by Socionext. The company’s SC2000 is aimed at drones and similar “action” cameras. It’s part of the Milbeaut family of image processors, which does a great job to balance high performance and low power. 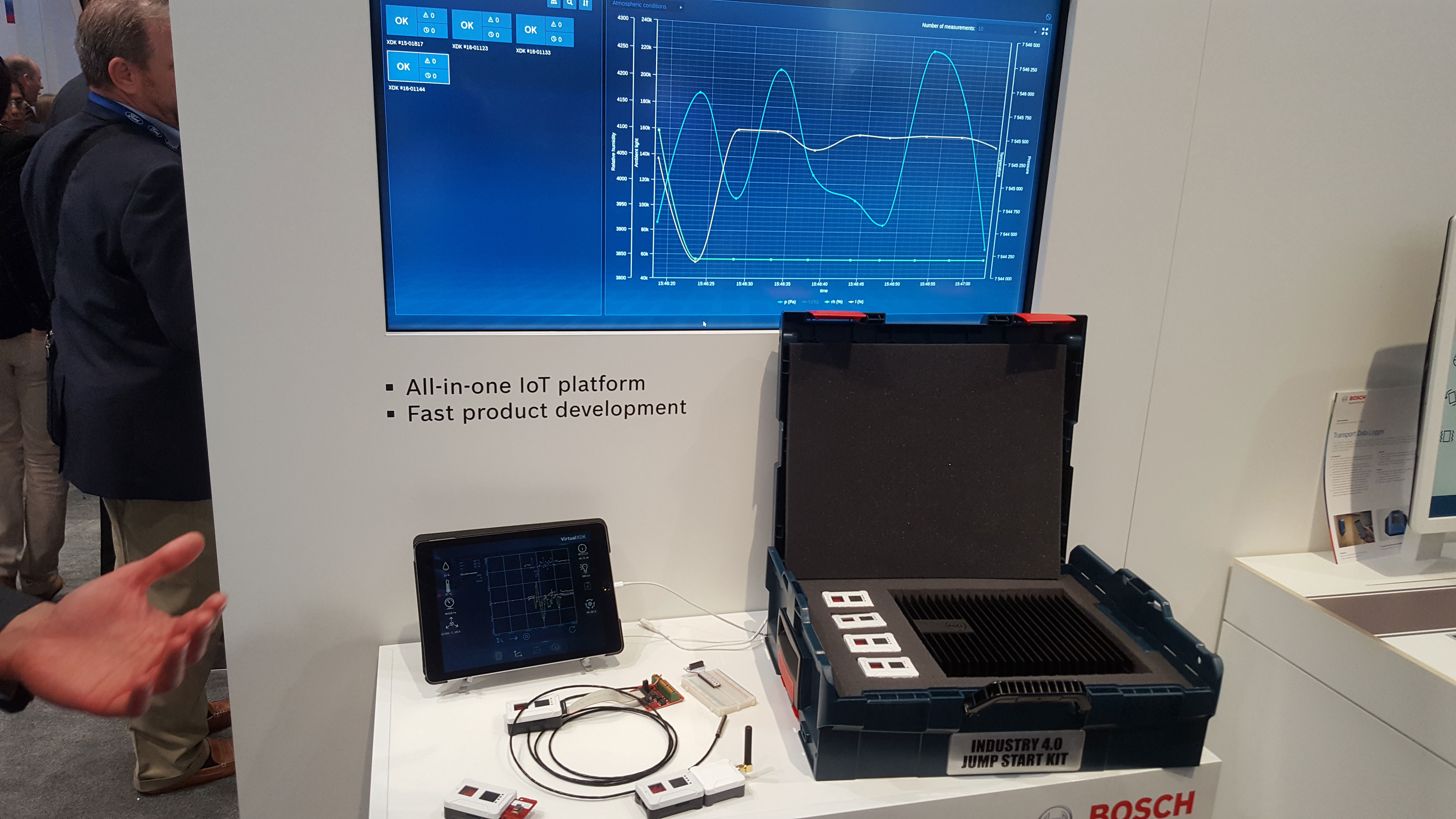 Why do I go to CES every year? That’s a question I’m sometimes asked by technologists in the embedded space. It’s also one that may have been asked of members of Bosch’s Sensortec and Connected Devices and Solutions business units. Of course, neither of these divisions sells products directly to your typical consumer, and neither do I. But we serve the original equipment manufacturers (OEMs) and engineers that do, and, at least in Bosch’s case, the extent of that is somewhat mind blowing.

18. Semtech welcomes you to wireless (charging) 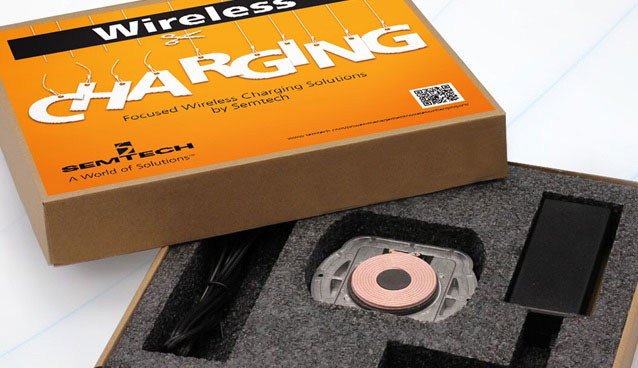 Wireless charging had been one of those elusive technologies over the past decade alongside the likes of cold fusion and teleportation, but meeting with Semtech at CES 2017, you’d never know it.