Cosel released two high power density power supplies with extended communications I/O, the 300W PCA300F and 1000W PCA1000F. Complementing the existing 600W PCA600F, all have a built-in extended-UART (Universal Asynchronous Receiver–Transmitter) interface supporting up to 83 commands to monitor and control the whole range of power supply parameters. A PMBus version will be available in Q4-2019. 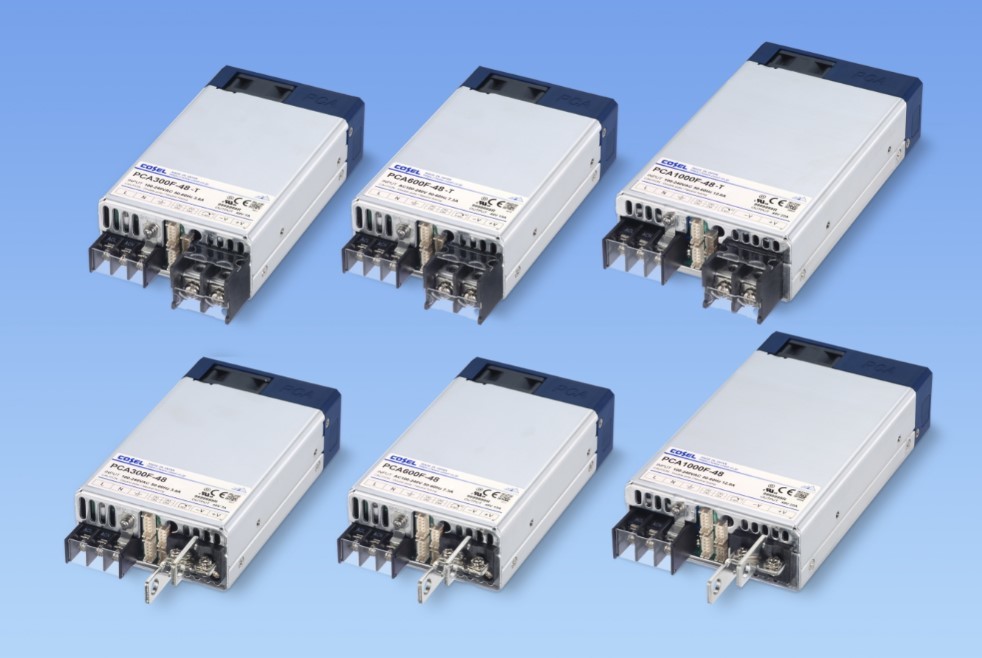 EN/IEC 60601-1 compliant, the PCA300F and PCA1000F feature a reinforced input to output isolation of 4,000VAC and a grade of 2X Means of Patient Protection (2xMOPP). The PCA series offers a universal input voltage of 85 to 264VAC, as well as a DC input of 88 to 370VDC. The output can be operated in constant voltage or constant current mode, with either analog or digital control. All PCA series power supplies are built-in 1U height housings with optimized cooling.

All parameters can be programmed and monitored via COSEL’s extended-UART control panel GUI, which can control up to seven units. Extended UART is built-in as standard, and a PMBus option will be available in Q4-2019. The PCA series can easily be connected in series, parallel for extra power, or in parallel redundant mode N+1. The PCA300F and PCA1000F are rated for operation at temperatures from -20 to +70 degrees C. Cooling is achieved by an internal intelligent fan, the speed of which adjusts automatically to match and work alongside environmental conditions.

Features include inrush current limiting, over-current protection, thermal protection, and output status alarm. For safety, they have an IN/OUT isolation of 4,000VAC (2MOPP) and IN/FG of 2,000VAC (1MOPP). Output isolation to FG and other functional pins is 500VAC. To accommodate application-specific requirements, a number of options are available including coating, low leakage current, terminal block style, PMBus interface, Reverse air exhaust type, Master/Slave operation, and Modified alarm function. The PCA300F and PCA1000F have a five-year warranty and conform to the European RoHS Directive, REACH Directive, CB-Report, and CE Marking.