Some notable companies were absent from the North Hall of the Las Vegas Convention Center where automotive technology is usually on display at CES, bu...

Some notable companies were absent from the North Hall of the Las Vegas Convention Center where automotive technology is usually on display at CES, but not because they weren’t at the show. At CES 2017, the Gold Lot parking lot was opened up to vehicle-to-everything (V2X) companies for the first time to accommodate demonstrations required blocks rather than booth space. There, I met with Franz Tschimben, Business Development Manager at Savari, who drove me through a comprehensive tour of his company’s technology.

As explained in a column last summer, Savari is a software company that develops V2X solutions deployed through hardware platforms installed in vehicles (on-board units (OBUs)), as part of the transportation infrastructure (roadside units), and through mobile applications for pedestrians. The technology leverages the dedicated short-range communications (DSRC) protocol that operates in the 5.9 GHz band and has a range of roughly 300 meters to transmit traffic and safety-related information that is currently manifested as part of active safety and advanced driver assistance systems (ADAS), but will eventually be one in a suite of technologies that comprise fully autonomous drive systems. V2X solutions like Savari’s are applicable in a range of imminent accident scenarios (several of which can be seen in the video below), and a recent proposed mandate could bring about a requirement for the technology to be implemented in all new production vehicles as early as 2019.

However, one drawback of V2X technologies based on short-range communications such as DSRC is exactly that – their short range. Particularly as we transition across the levels of autonomous driving and V2X remains a driver assistance feature rather than essentially another sensor input for autonomous drive platforms, using DSRC as a communications medium can be limiting in applications that require more advanced intelligence, such as navigation. Though Savari is working towards 5G and LTE implementations that support vehicle-to-vehicle (V2V) and vehicle-to-infrastructure (V2I) comms, a gap remains between where we are today and holistic V2X solutions.

In response, AT&T, Delphi, and Savari recently entered into an agreement to build out the network infrastructure for V2X communications using existing AT&T LTE base stations that have been patched with a software update that allows them to transmit and receive DSRC messages. In the implementation (which had been delivered to every AT&T cell tower in the Las Vegas metro area), telematics data in the form of vehicle safety messages (VSMs) can be communicated to base stations over DSRC and then transmitted over AT&Ts LTE network to other vehicles in a defined area that are equipped with network access capabilities.

While the architecture, which is now entering its second phase of testing in various smart cities, can be used in support of convenience applications as mentioned previously, it is also performant and low latency enough to fill in the gap between DSRC and typical cellular network-based alerts. According to Paul Nichols, Principal System Architect for IoT at AT&T, 960-byte DSRC payloads can be transmitted from a source vehicle across the AT&T LTE network and delivered to a recipient on the order of 500 milliseconds.

Automated actions can be taken in AT&T Drive’s Traffic Operations Management (TOM) platform (co-developed with Savari) based on the message payload, as, for example, a code generated that relates to the deployment of an air bag or anti-lock braking system could issue alerts to all vehicles in perhaps a half-mile radius, while those regarding traction may need to be extended over several miles. 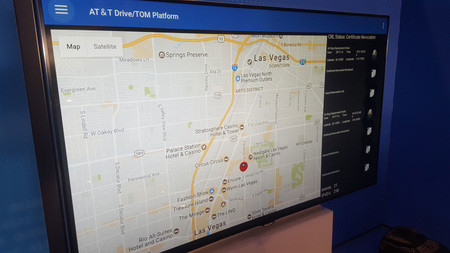 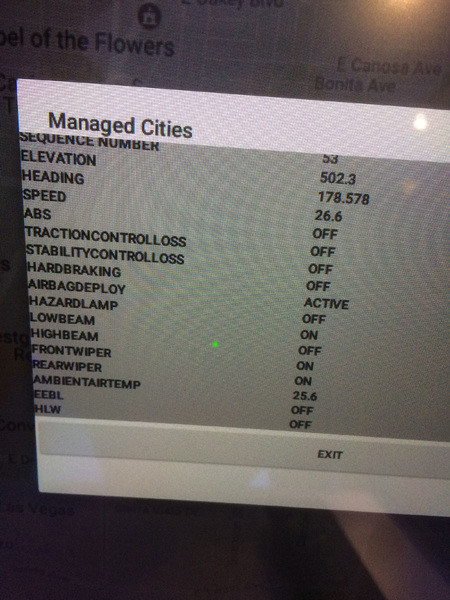 The ability to issue this capability via an over-the-air (OTA) update means that the overall solution can also be deployed rapidly in regions populated with a sufficient number of connected cars. Furthermore, combining these technologies will help break through one of the current limitations of autonomous and semi-autonomous drive technology based on V2X – that too few vehicles and too little infrastructure supports it. Considering the V2V mandate be pushed by U.S. legislators and the agility of solutions like the above, we can “circumvent the penetration problem to get to 10 – 15 percent adoption fairly quickly,” Tschimben says.